Arminia Bielefeld and Borussia Monchengladbach go head-to-head at the Schüco Arena for their first Bundesliga meeting since April 2009.

Since drawing 1-1 with Eintracht Frankfurt in their Bundesliga curtain-raiser, none of Arminia’s subsequent 12 league games has ended level (W3, L9), with 66.67% (8) of the matches won/lost in this sequence coming by a narrow one-goal margin. At home, each of Bielefeld’s six Bundesliga fixtures has seen the winner on the day open the scoring and keep a clean sheet in the first half of play (W2, L4). However, ‘Die Arminen’ have never scored fewer goals at this stage of a Bundesliga campaign in the club history (9), as they enter 2021 as one of just two German teams to fail to smash a 10-goal barrier. It will be a daunting prospect for Bielefeld to improve that record now, as they meet a side they’ve drawn a blank against in seven of their eight previous top-flight H2Hs.

Borussia Monchengladbach have failed to win any of their four Bundesliga matches (D3, L1) since dismantling Schalke 4-1 on Matchday 9, conceding over 1.5 goals on three of those occasions. Gladbach’s dip in form has also seen them go from back-to-back away Bundesliga victories to three consecutive league games without a win (D2, L1), all of which witnessed both sides score at least twice! However, ‘Die Fohlen’ have kept a clean sheet in each of their four previous top-flight trips to Bielefeld, winning the last three by the identical 2-0 scoreline (D1). Notably, quick-fire Gladbach have scored the opening goal in a league-high 84.62% (11) of their 13 Bundesliga fixtures this term, though they did fail to hold on to that lead on seven of those occasions (W4, D5, L2). 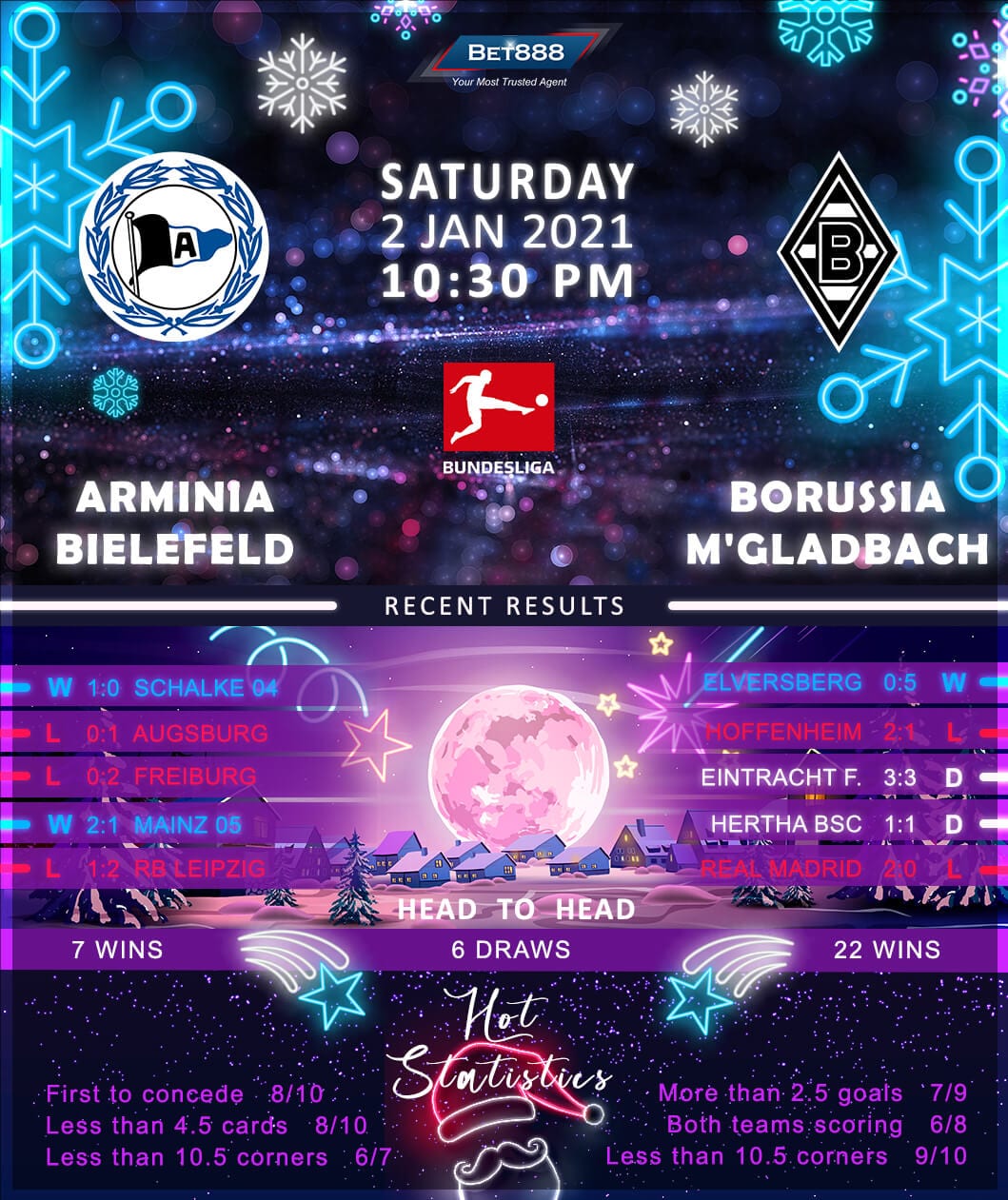