Bielefeld put up a heroic performance to outscore Bayer Leverkusen 2-1 on the road last time out, putting an end to their dismal seven-game winless run in the Bundesliga (D2, L5). Before putting two past ‘Die Werkself,’ Arminia had drawn a blank in four Bundesliga fixtures in a row, including the last three on home soil. In fact, only rock-bottom Schalke 04 (8) have scored fewer league goals at home than ‘Die Arminen’ (10) this season. Bielefeld’s lackluster showings in the early stages have seen them fail to score inside the opening 15 minutes of play in any of their 13 home Bundesliga matches this term. Moreover, Frank Kramer’s men have developed a habit of falling behind without recovering, ending up on the losing side in all eight Bundesliga home games in which they conceded first so far.

Meanwhile, a 1-1 away draw at Eintracht Frankfurt last time out saw Leipzig’s six-game winning run in the Bundesliga come to a halt as they take the field trailing top-placed Bayern Munich by four points. However, ‘Die Roten Bullen’ have enjoyed an upturn in away form lately, going from back-to-back Bundesliga trips without winning (D1, L1) to three successive victories, all of which have come by the identical 3-0 scoreline. Quick out of the blocks, Julian Nagelsmann’s men have opened the scoring in a league-highest 83.33% of their away Bundesliga fixtures this season (10/12), subsequently winning only 60% of such contests (GP:10 – W6, D3, L1). Curiously, though, the visitors have registered a clear majority (72.73%) of their total away league goals conceded this term before half-time (8/11). 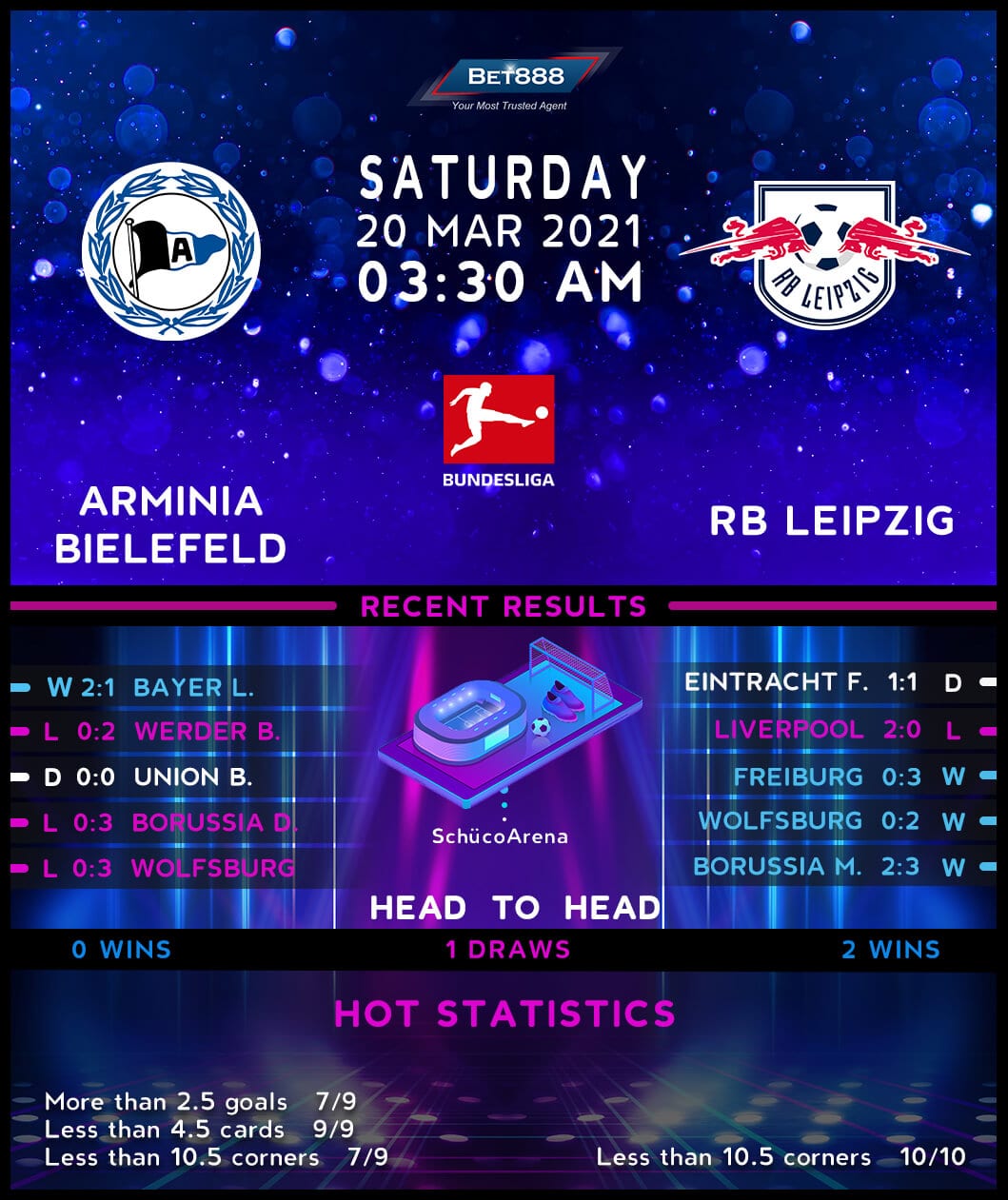