A 1-1 draw in the first leg leaves Arsenal and Benfica with everything to play for going into the return leg of their UEFA Europa League last-32 tie at the Georgios Karaiskakis Stadium.

Arsenal come into this encounter on the back of a 1-0 home loss to Manchester City in the Premier League, which means they have only won once in their last six competitive matches (D2, L3), drawing a blank on three occasions in that period. However, the ‘Gunners’ have been relentless against Portuguese sides lately, winning five of their last six home games against such opponents (D1) and scoring a total of 20 goals in the process. Experienced European campaigners, Arsenal boast a decent Europa League record at home (W15, D3, L3) and have progressed in four of the six UEFA ties in which they have drawn the first leg. Moreover, before last season’s defeat at the hands of Olympiacos, Mikel Arteta’s men have gone unbeaten in seven consecutive home matches in the competition’s knock-out stages (W6, D1).

Meanwhile, Benfica take the field after drawing three consecutive games in all competitions despite scoring the opener on two occasions in that sequence. Topically, four of Benfica’s seven Europa League fixtures this season have ended level, with ‘As Águias’ winning the remaining three by multiple-goal margins. Indeed, Jorge Jesus’ men tend to win with dignity, as they’ve netted 3+ goals in each of their three Europa League successes this term, mustering over 1.5 second-half goals on each occasion. However, the Portuguese giants have often faltered outside their homeland in recent times, losing 12 (54.55%) of their last 22 continental trips while winning only four of the other ten (D6). Worryingly, Benfica have only picked up 11 wins in their 37 UEFA meetings with English adversaries, losing 12 of their last 18 matches versus such opponents on foreign soil (W4, D2). 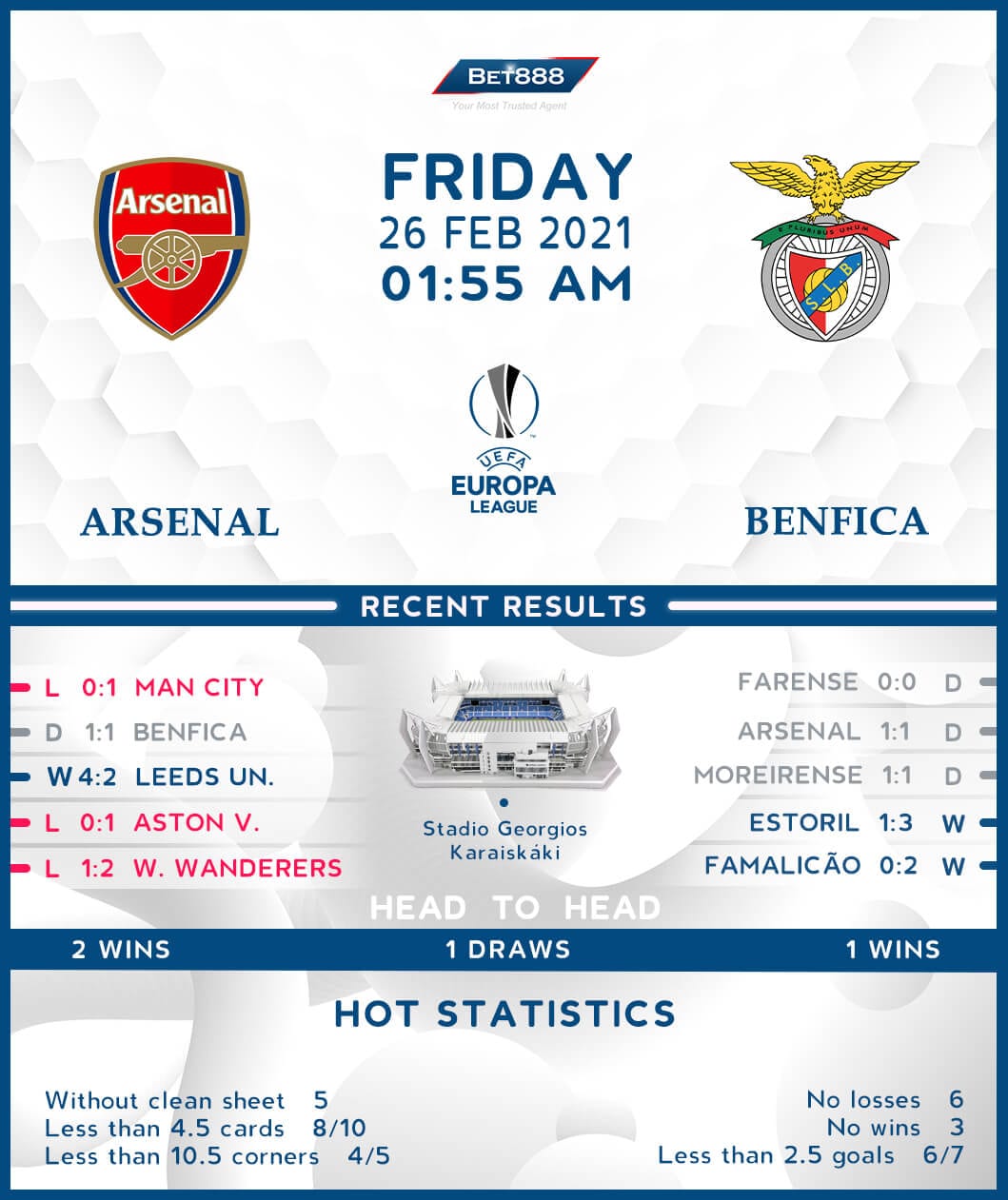