Arsenal and Brighton & Hove Albion will trade tackles at the Emirates Stadium this weekend in the final matchday of the 2020/21 Premier League season.

Arsenal have hit a purple patch of form since suffering a 1-0 home loss to Everton on Matchday 33, putting together four straight Premier League victories to climb to within a single point from a top-seven finish. Notably, each triumph during that four-match run saw the ‘Gunners’ win the first half ‘to nil,’ with three of them producing a winning margin of exactly two goals. Before thrashing relegated West Brom 3-1 in their most recent Premier League outing at home, Mikel Arteta’s men had failed to win six consecutive home fixtures in all competitions (D3, L3). In fact, the Londoners have scored more goals against WBA than in those six matches combined. Following a 1-0 win in the reverse fixture, Arsenal could do a league double over Brighton for the first time since the 1980/81 season.

Meanwhile, the visitors have claimed two triumphs in their last four Premier League outings (D1, L1), as many as they managed in their previous 11 in the competition (D4, L5). Although Brighton outscored Arsenal 2-1 in this exact fixture back in 2019/20, it remains their solitary top-flight success against the London giants in the capital from seven attempts (D2, L4). Since beating Southampton 2-1 on Matchday 28, the ‘Seagulls’ have failed to land all three points in their subsequent four Premier League trips (D1, L3), with all three reverses coming by a single-goal margin. Worryingly, Graham Potter’s men have netted 2+ goals in only 27.78% of their away Premier League games this season (5/18), with only Wolverhampton (15) scoring fewer league goals on the road than Brighton (18) in 2020/21. 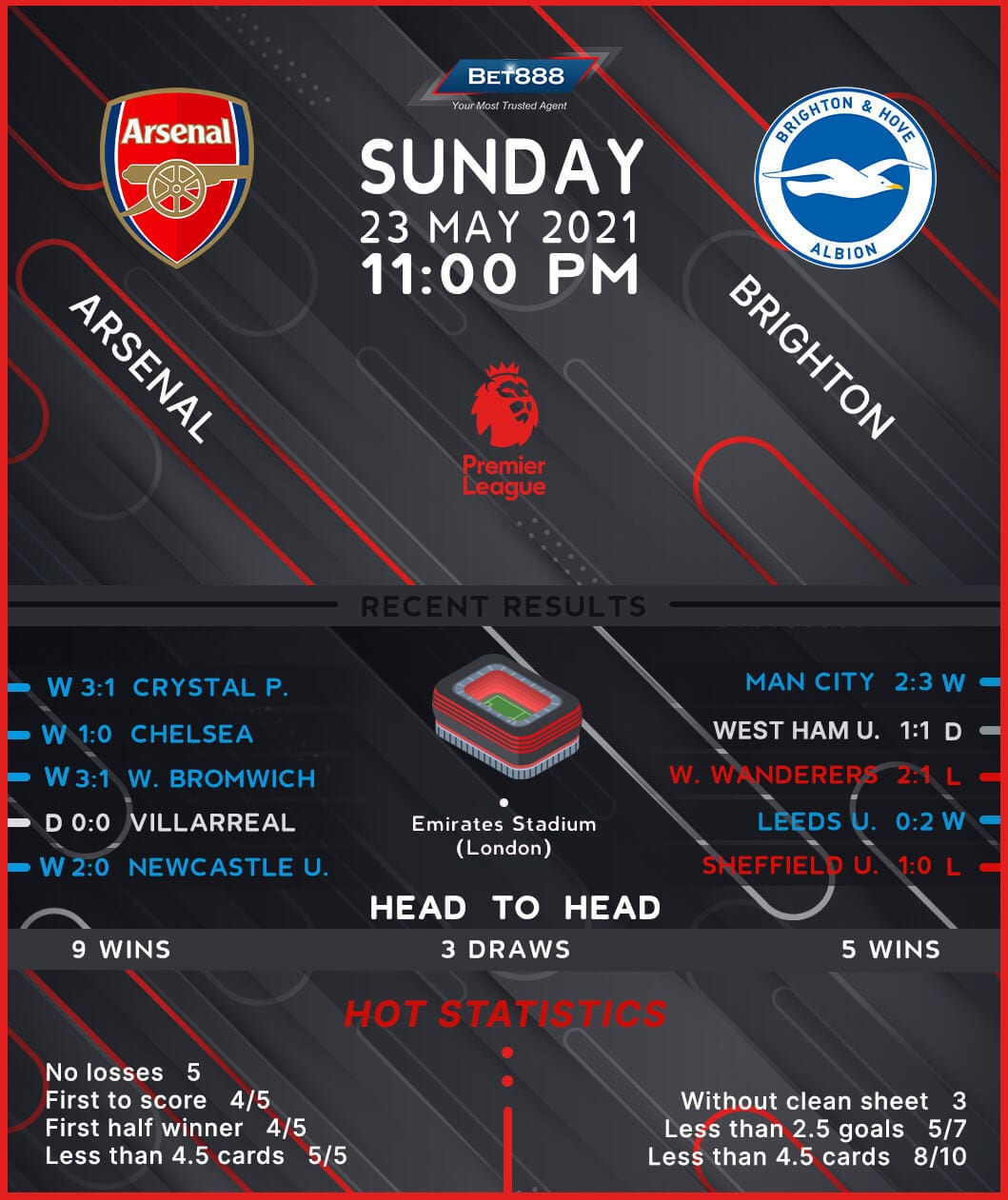