Arsenal and Chelsea go head-to-head at the Emirates Stadium in a massive all-London Premier League showdown.

Arsenal head into this fixture on the back of a dismal 4-1 defeat to Manchester City in the Carabao Cup, desperately looking to rediscover their form. Indeed, the ‘Gunners’ have failed to win any of their last seven Premier League matches (D2, L5), netting under 1.5 goals on each occasion. Despite a star-studded attacking line, Mikel Arteta’s men have so far managed to score a miserly average of 0.85 goals per league game. That said, the hosts have drawn a blank in three of their last five home Premier League outings, bagging precisely one goal apiece in the other two. The fact Arteta’s team lament a league joint-low two first-half goals scored at home probably the best illustrates how much they’ve been struggling in front of goal this term. Against Chelsea, though, Arsenal have scored over 2+ goals in four of their last five competitive H2Hs as hosts.

On the other hand, Chelsea brushed aside West Ham 3-0 last time out to halt a two-game losing streak in the Premier League, keeping a clean sheet in a league second-high sixth match this season. Away from home, four of their last five Premier League fixtures have seen one or both sides fail to get on the scoresheet (W2, D1, L2), with each of them featuring under 1.5 first-half goals. Indeed, Frank Lampard’s attacking set-up usually sparks into life after the half-time break, as evidenced by the fact that 20 (68.97%) of their 29 league goals scored this term have come in the second half of play. In this regard, it’s not strange that the ‘Blues’ have scored within 15 minutes in just one of their seven Premier League trips so far. 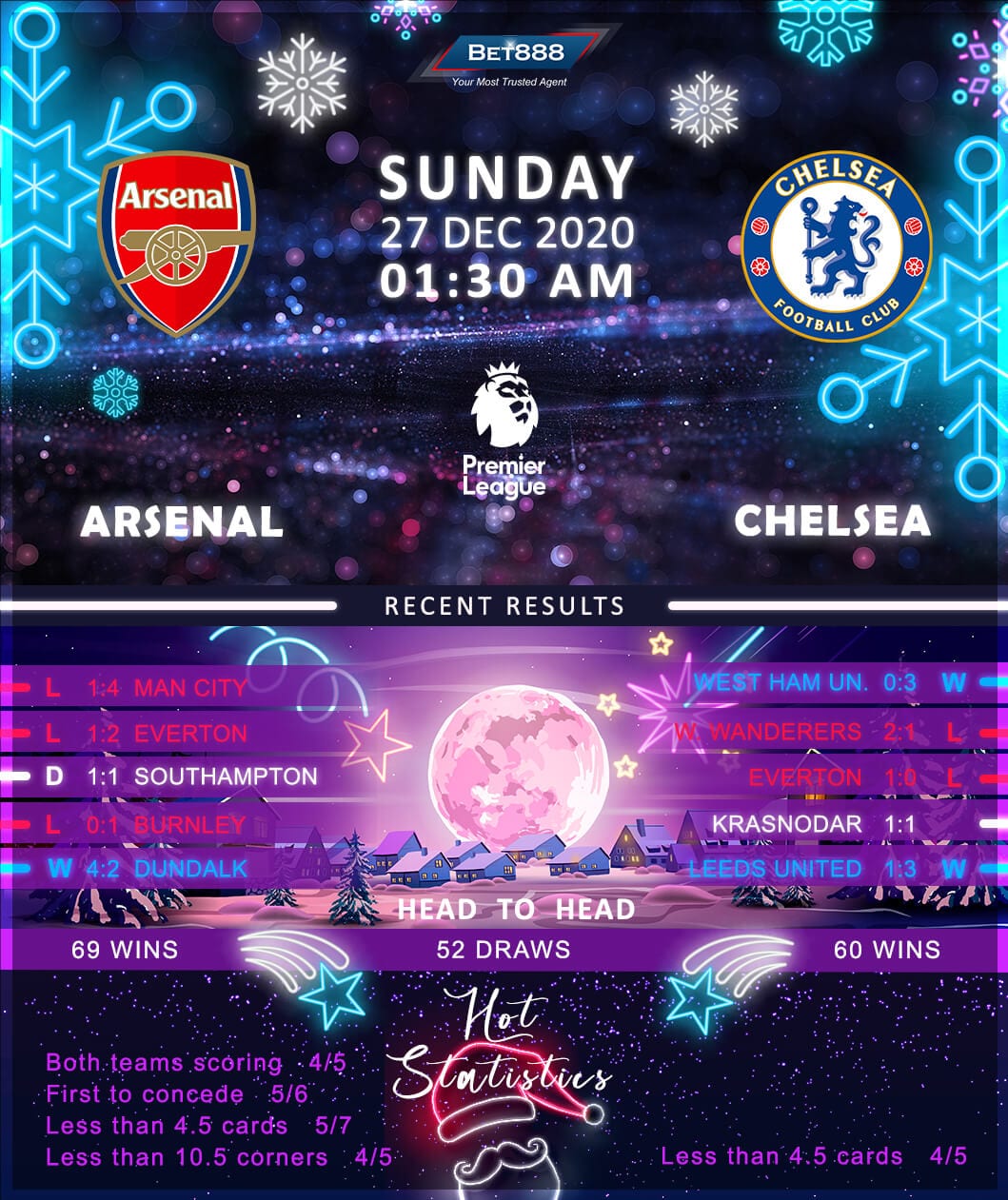