Three successive Premier League triumphs have moved Arsenal to within six points of fourth-placed Tottenham, sparkling the Champions League qualification hopes among the home supporters. Adding to this sentiment, Mikel Arteta’s men have won three of their four Premier League matches versus fellow London rivals this season (L1), which counts for 42.86% of their total Premier League victories thus far. Furthermore, their tally of eight goals scored across their last three league fixtures eclipses their record for the 12 previous such matches combined (7). Against this backdrop, the ‘Gunners’ have failed to beat Crystal Palace in their last two top-flight meetings as hosts (D1, L1) despite scoring precisely twice in each of them. Perhaps surprisingly, the Emirates remains the only venue in the Premier League yet to witness a goal in the opening 15 minutes of play this season.

Crystal Palace, on the other hand, secured a 2-0 home win over Crystal Palace in their first Premier League game of the calendar year to bring a five-match winless league run to a halt (D3, L2). However, Roy Hodgson’s men have developed a habit of falling behind without recovering, surrendering the points in all four away Premier League fixtures when conceding the opening goal (L4). Additionally, Arsenal have historically been a formidable opponent to Palace, as evidenced by the fact that the ‘Eagles’ have picked up just five wins in their 47 competitive meetings (D14, L28). Another thing worth noting is that Crystal Palace have failed to win any of their last seven Premier League matches as betting outsiders (D2, L5), drawing a blank and succumbing to at least a two-goal losing margin on four occasions. 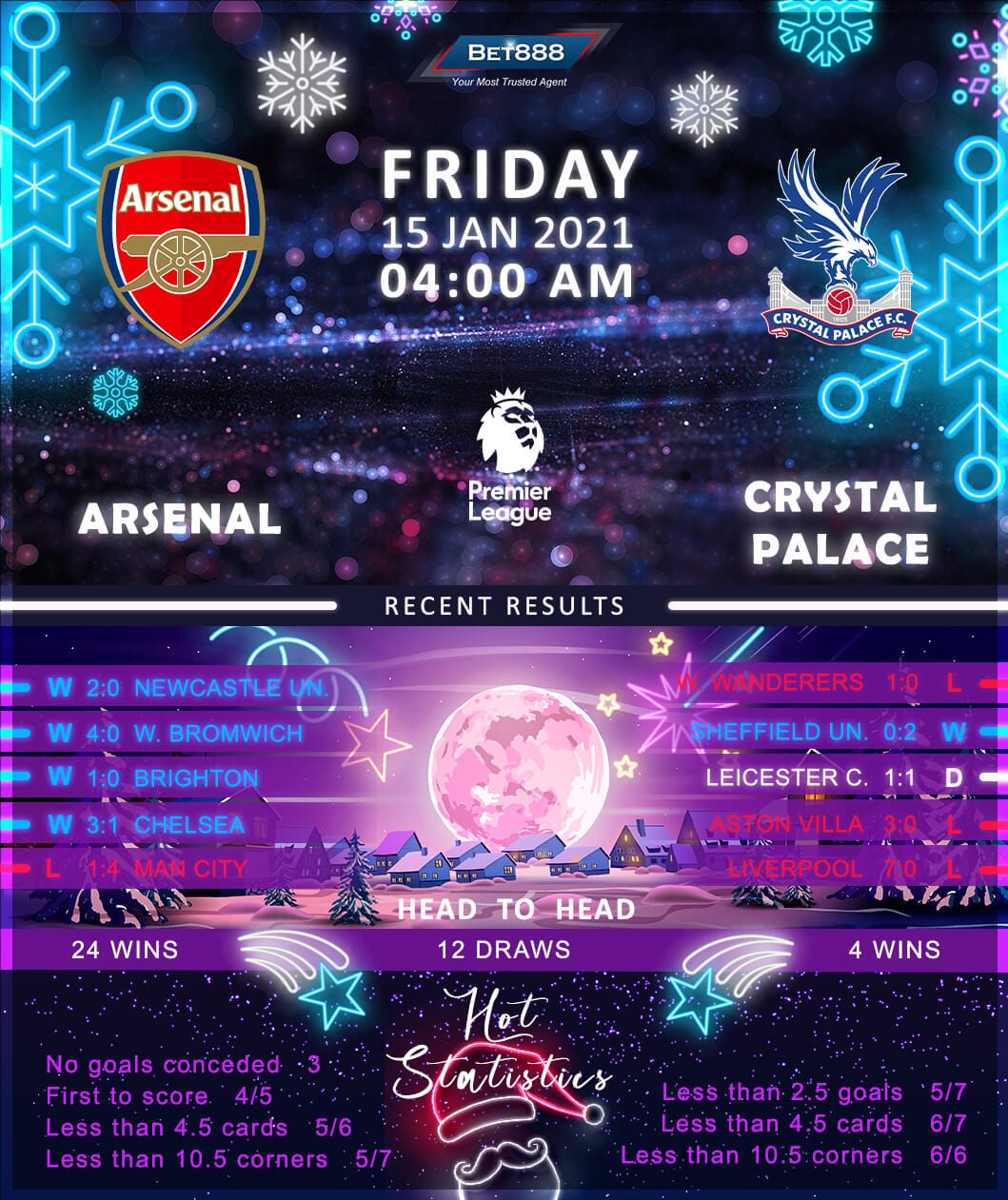