Arsenal (9th) and Everton (8th) go head-to-head at the Emirates Stadium in a mid-table Premier League showdown, with three points separating the sides ahead of the kick-off.

Arsenal’s hopes of interfering in the Premier League top-four race have gone out of the window following a dismal 1-1 home draw with Fulham last time out. Before that stalemate, Mikel Arteta’s men had alternated victory (2) and defeat (2) in their previous four home Premier League fixtures, three of which favored the team to break the deadlock. Since succumbing to a 2-1 defeat in January 1996, the ‘Gunners’ have racked up an impressive 24-match unbeaten home league streak against Everton (W20, D4), winning their last six top-flight H2Hs as hosts by an aggregate score of 17-6. Additionally, the Londoners have yet to lose a Premier League fixture held on Friday (W7, D2), with those nine matches featuring an average of 4.7 goals per game.

Meanwhile, after winning three consecutive Premier League outings, the visitors have gone winless in five league matches in a row (D3, L2), scoring under 1.5 goals four times during that run. The clean sheet has been a common theme in Everton’s recent away Premier League fixtures as each of the last four has seen one or both sides fail to get on the scoresheet (W2, D1, L1), with three of the five goals scored/conceded in that sequence coming beyond the hour mark. Having that said, only a third of Everton’s away league games this season have contained a goal inside the final 15 minutes of play (5/15). However, after claiming a 2-1 victory in the reverse fixture back in December 2020, the ‘Toffees’ will be looking to nail down their first top-flight double over Arsenal since the 1985/86 campaign. 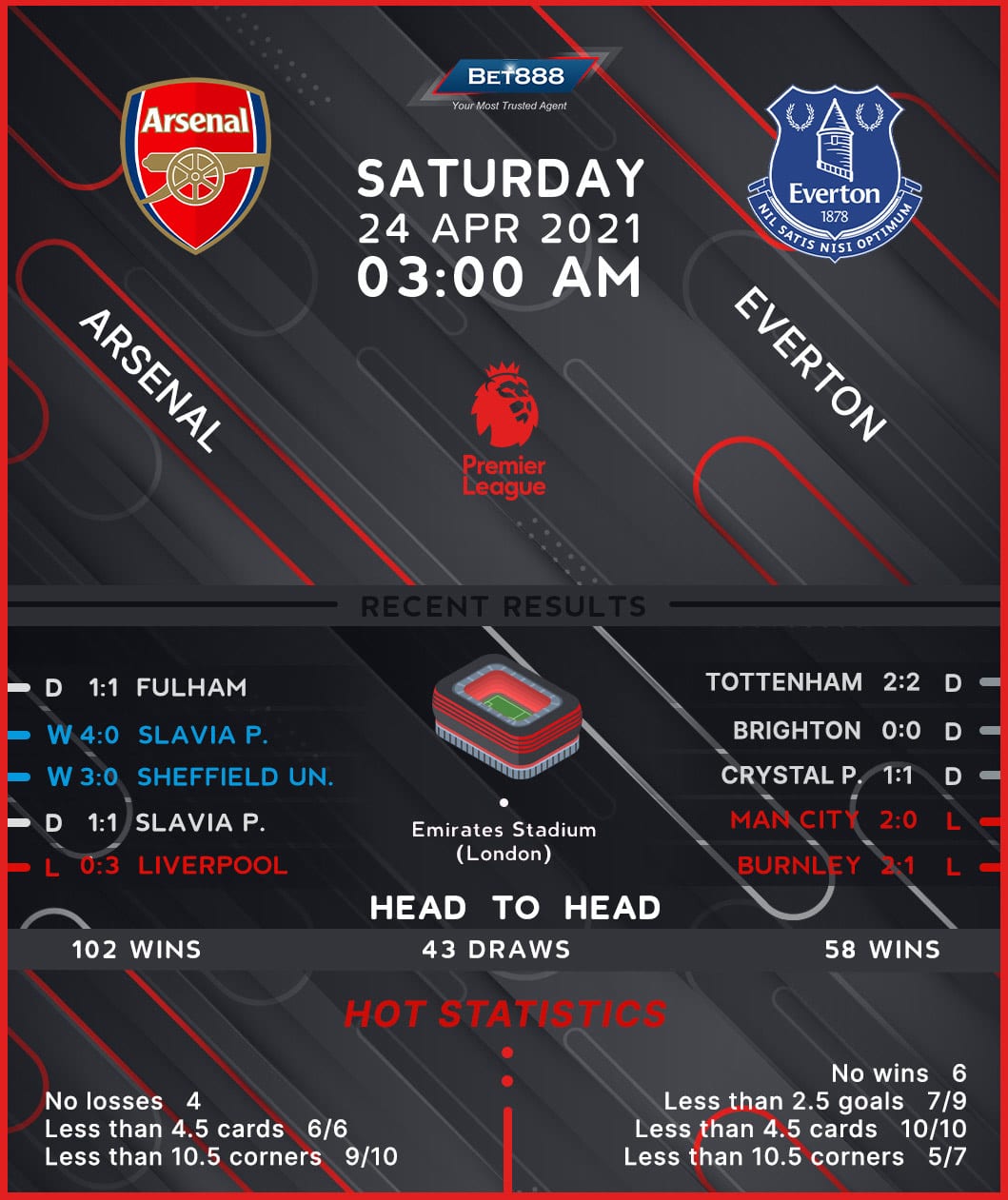