Premier League top-four hopefuls Arsenal and bottom-half Leeds United will lock horns in a high-stakes fixture at the Emirates Stadium.

An eye-catching run of three successive Premier League wins over sides sitting in the top seven for the first time since 2012 has bolstered Arsenal’s bid to secure their first top-four finish since 2015/16. Unbeaten in their last 11 meetings with Leeds across all competitions (W9, D2), the ‘Gunners’ will be looking to make it two Premier League home triumphs in a row following back-to-back defeats beforehand. Despite their stuttering start to the season, Mikel Arteta’s men have won the league’s third-high 20 Premier League fixtures and are currently on their fifth run of 3+ consecutive victories this term. The Emirates Stadium has been a venue of entertainment lately, with Arsenal’s last six home league matches seeing one side net 2+ goals.

On the other hand, Leeds have yet to win at the Emirates in their opening five attempts across all competitions (D1, L4), their second-worst winless start at a specific stadium. Interestingly, after conceding in eight consecutive Premier League away games, Jesse Marsch’s men have kept a clean sheet in their last two league travels and could make it three shutouts in a row in England’s top-flight for the first time since 1996. Topically, the ‘Whites’ are unbeaten in their last three Premier League games on hostile turf (W2, D1), their longest such streak in the competition since 2001. 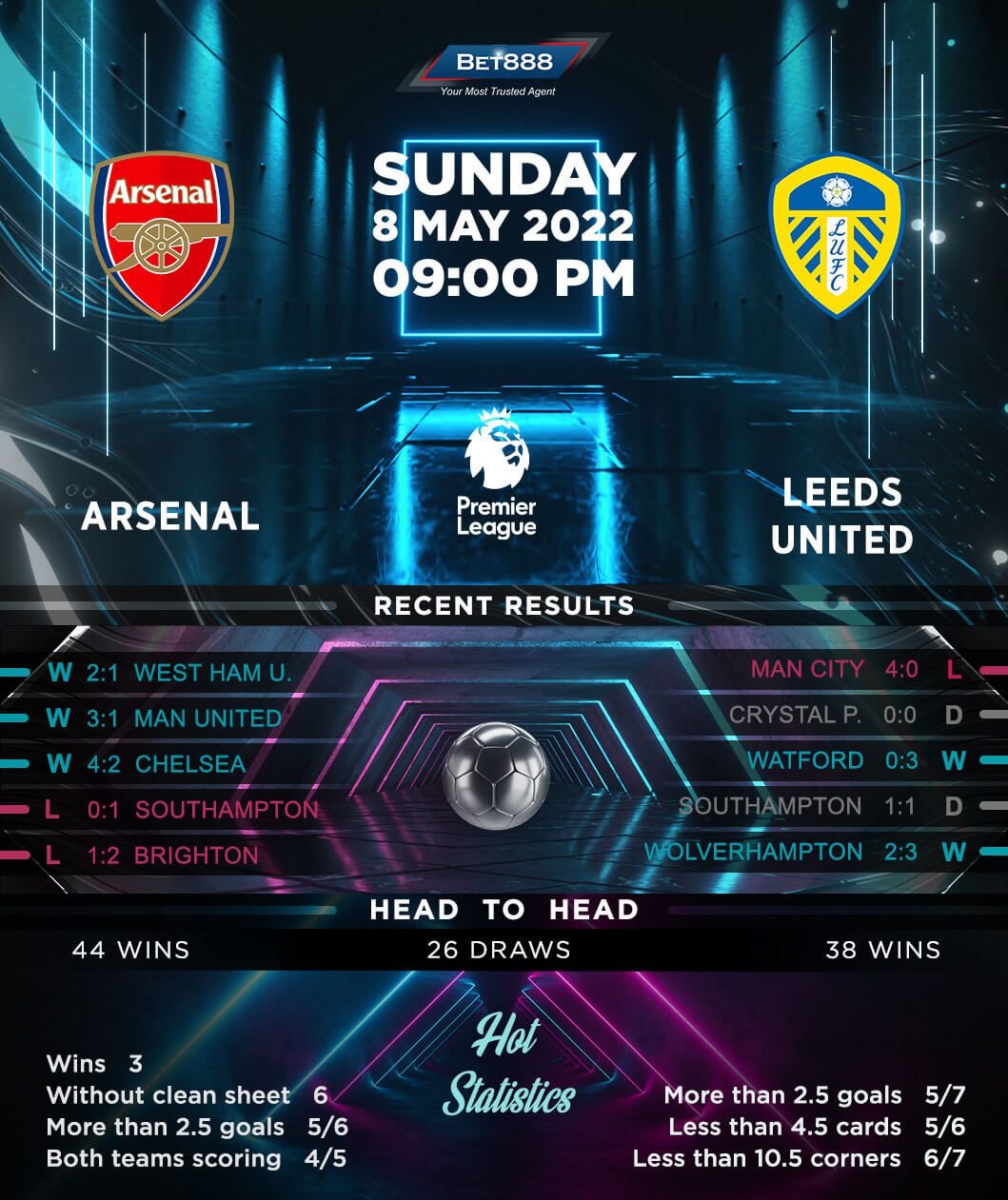