Arsenal and Leeds United go head-to-head at the Emirates Stadium in their first Premier League meeting in London since April 2004.

Arsenal have suffered back-to-back defeats by a single-goal margin after going unbeaten in seven Premier League games in a row beforehand (W5, D2), as they currently trail fourth-placed Liverpool by nine points. But, the ‘Gunners’ have racked five consecutive home league matches without a loss (W2, D3), alternating between a win and a draw on each occasion in that run. Having not lost any of their last four competitive matches against Leeds in London (W3, D1), Mikel Arteta’s men must be confident of keeping their unbeaten Premier League home streak going. Another thing worth noting is that Arsenal have kept a clean sheet in all four competitive home matches since the calendar flipped to 2021, which has been the case in three of their last four competitive meetings with Leeds at home.

Meanwhile, Leeds have drawn a league-low two matches this Premier League campaign, though one of those stalemates came in the reverse fixture against Arsenal in November 2020. It was, in fact, the last time the ‘Whites’ drew a Premier League game, winning seven and losing six since then. Interestingly, six of Leeds’ last nine competitive fixtures won/lost have seen the winner on the day keep a clean sheet. A trip to London might stir some painful memories, as Leeds have failed to win any of their last 12 league games in the capital (D2, L10), losing each of their three visits to the city this term by an aggregate score of 10-2. However, Marcelo Bielsa’s men have won back-to-back away Premier League matches ‘to one,’ scoring in both halves on each occasion. 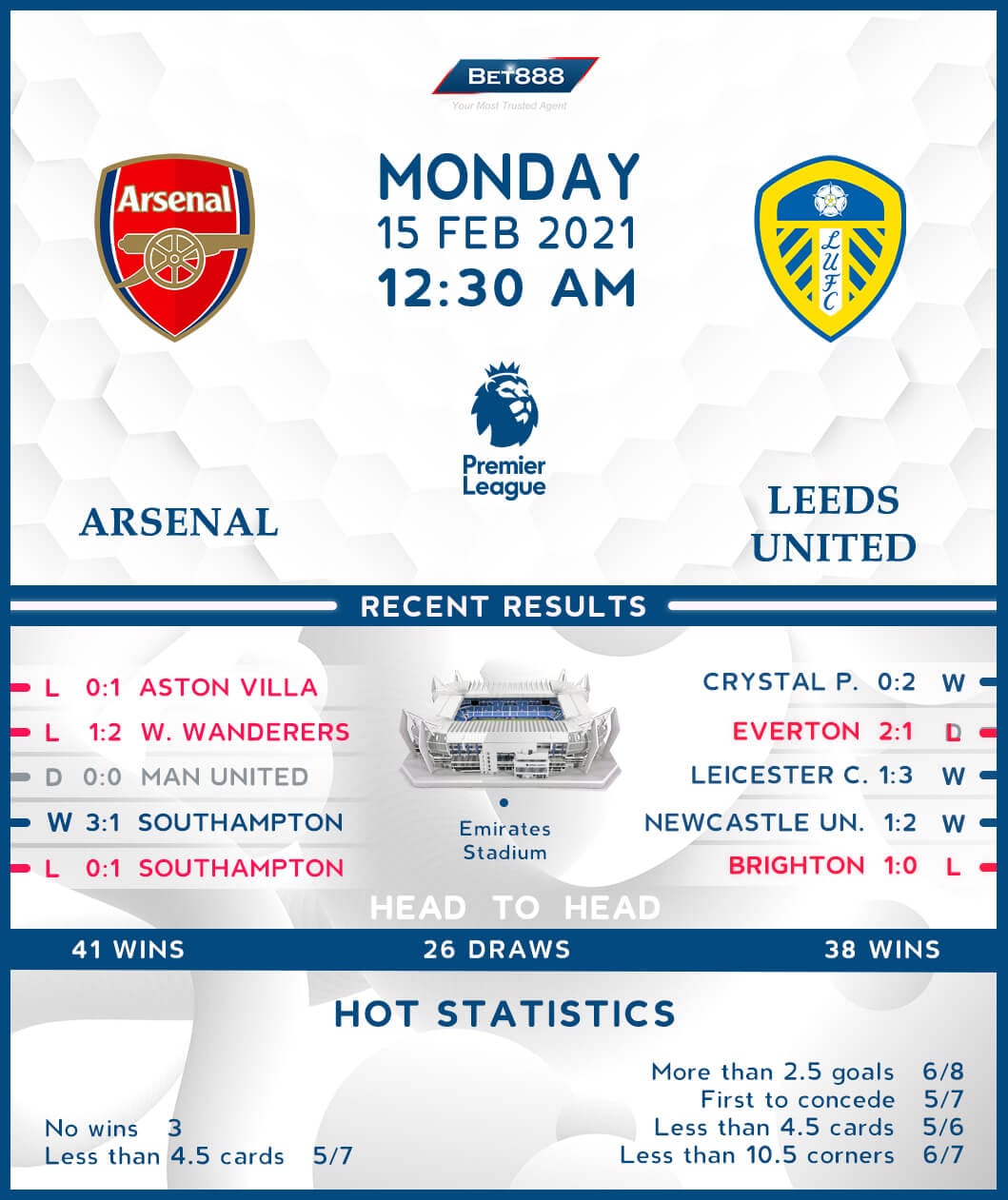