Arsenal (9th) and Liverpool (7th) go head-to-head at the Emirates Stadium in a high-profile Premier League showdown, with only four points separating the teams ahead of the kick-off.

The hosts have alternated between victory (2) and stalemate (2) across their last four Premier League outings, three of which saw over 2.5 goals and both teams on the scoresheet. Plenty of the first-half action was on the menu in that four-match sequence, as each game in that period saw both sides score before the interval. After running out 2-1 victors against Tottenham Hotspur in their last home Premier League game, Arsenal will be looking to post back-to-back home league wins for the first time since the beginning of the season. Mikel Arteta’s men have suffered just one defeat in their previous eight Premier League fixtures at the Emirates (W4, D3), conceding under 1.5 goals on seven occasions. What’s more, the ‘Gunners’ have only lost two of their last 20 top-flight meetings with Liverpool in London (W9, D9).

On the other hand, the visitors have performed in patches of late, with none of their last 11 Premier League fixtures ending in a draw (W4, L7). Significantly, 63.64% of the matches won/lost in that spread of games saw the winner on the day keep a clean sheet (7/11), with five producing the identical 1-0 scoreline. All of Liverpool’s last five Premier League triumphs have come on the road, and another win here would see them equal a run of six victories each coming away from home set in 1955. But Jurgen Klopp’s men lost this exact fixture 2-1 back last season and could now go down away to Arsenal in consecutive seasons for the first time since 2015. On the bright side, however, the ‘Reds’ have picked up four triumphs in their five Premier League trips to London this season (D1), winning the last three by an aggregate score of 13-1. 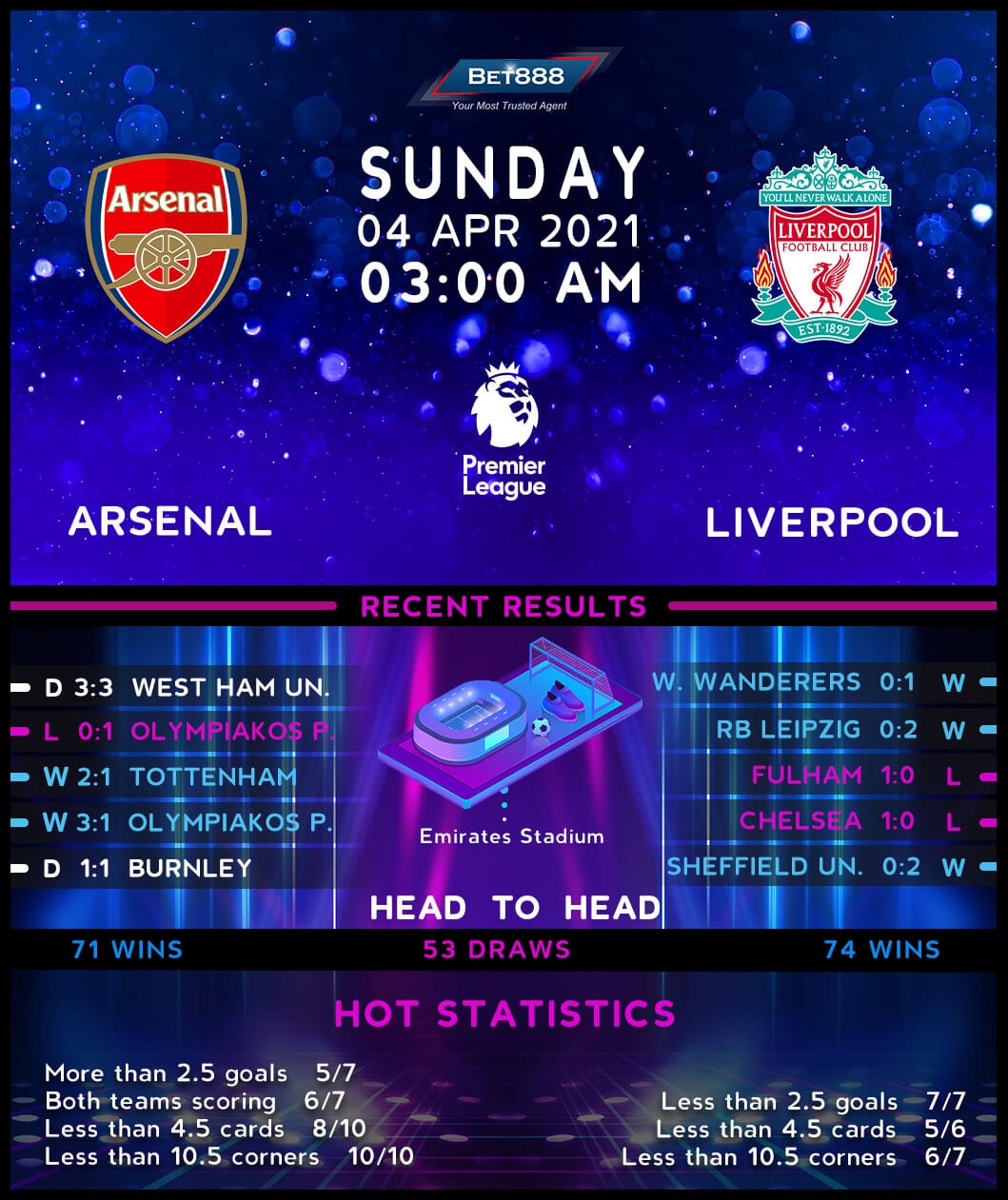