Emirates Stadium is the venue, as Arsenal and Manchester United go head-to-head in a massive, heavyweight Premier League fixture.

Arsenal have hit the ground running in the Premier League since suffering a 2-1 away loss at Everton on Matchday 14, winning five of the subsequent six league matches (D1) by an aggregate score of 14-2. Furthermore, the hosts have gone unbeaten in four home Premier League games on the bounce (W2, D2) since losing 1-0 to Burnley in early December, alternating between a win and a draw on each occasion. Mikel Arteta’s attacking set-up usually sparks into life after half-time, as eight (66.67%) of Arsenal’s 12 home league goals scored this season have come in the second half of play. After winning the reverse fixture at Old Trafford, the ‘Gunners’ are now looking to register a Premier League double over United for only the fourth time. To do that, Arsenal must not concede first, as they’ve failed to win any of the five home Premier League games in which they let in the opener (D1, L4).

A shocking 2-1 home defeat to Sheffield United a few days ago saw Manchester United’s stunning 13-game unbeaten Premier League run come to a halt (W10, D3). Moreover, Ole Gunnar Solskjaer has failed to win any of the four Premier League matches against Arsenal as a United manager (D1, L3), seeing his team fail to get on the scoresheet on three of those occasions. Indeed, Manchester United have lost four of their last five top-flight trips to the Emirates without scoring (W1). But, the ‘Red Devils’ can take some confidence from the fact that they remain the only side yet to lose a Premier League fixture away from home this season (W8, D2), returning more road points (26) than any other side in the process. Additionally, the visitors have scored a league-highest 24 goals this term, with two-thirds (16) of them coming in the second half of play. 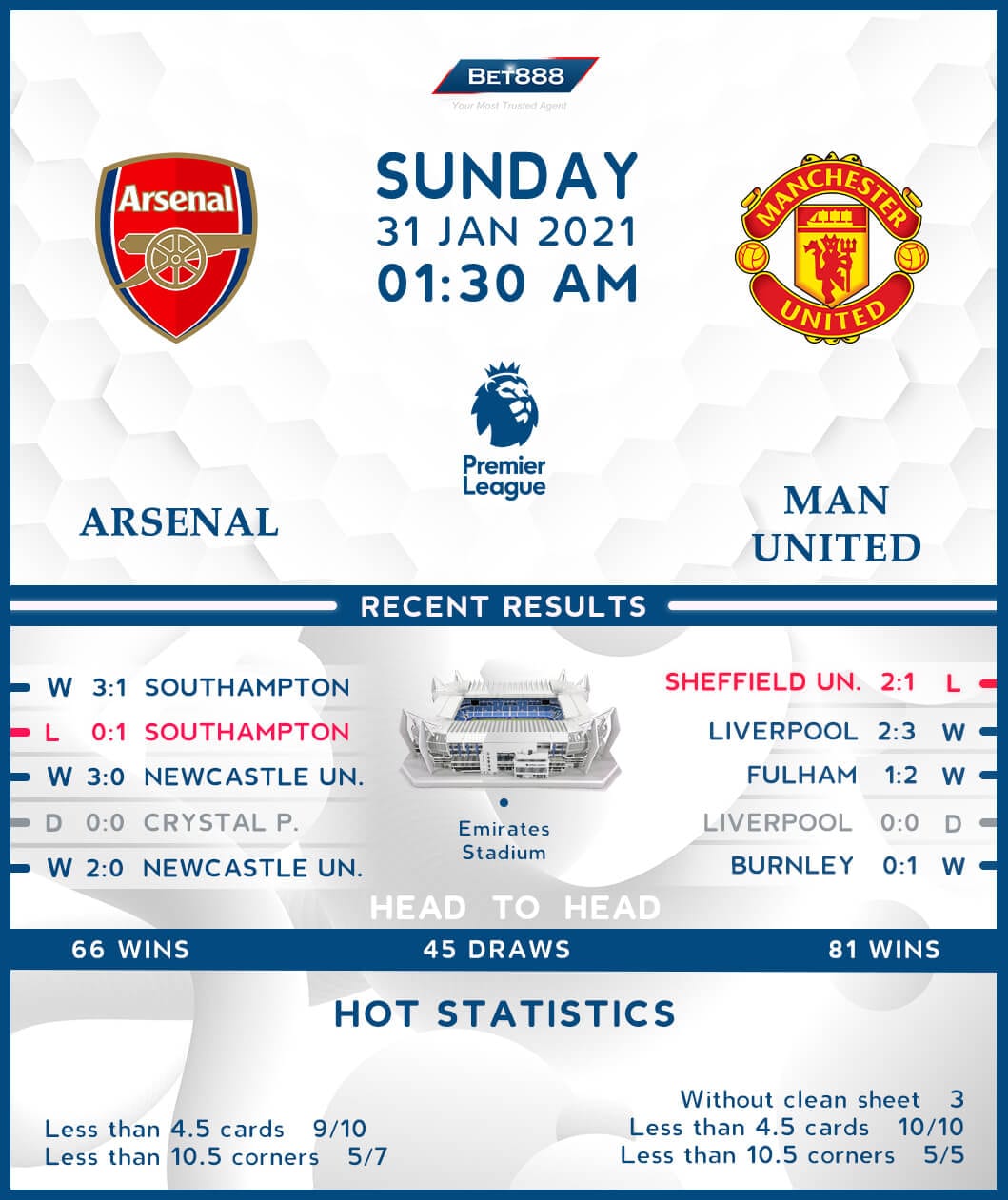