Emirates Stadium is the venue, as Arsenal play host to an out-of-sorts Newcastle United side in the FA Cup third round.

With momentum finally swinging in their direction, Arsenal will be looking to claim their fourth consecutive victory for the first time this season. Before racking up a three-game winning streak, Mikel Arteta’s men had gone winless in four successive matches in all competitions (D1, L3), scoring under 1.5 goals on each occasion. A lack of firepower up front has seen Arsenal net one goal or less in five of their last seven home games in all competitions (W2, D1, L4), although they did notch up over 3.5 goals in both victories across this sequence. Notably, the ‘Gunners’ have won each of their eight previous competitive home meetings with Newcastle, keeping a clean sheet in the last four. This season, however, Arsenal have conceded at least once in 11 of their 12 home outings.

Meanwhile, a 2-1 home defeat to Leicester City in their first match this calendar year has brought Newcastle’s winless run in all competitions to six games (D2, L4). What’s more, a lackluster ‘Magpies’ have failed to get on the scoresheet in three of their last four competitive fixtures. Interestingly, none of Newcastle’s five previous away matches have ended in a draw (W1, L4), with four of them seeing the winner on the day keep a clean sheet. Conceding the opening goal could be the way to another disappointment, considering Steve Bruce’s men have failed to win any competitive away match when doing so this season (D3, L3). The visitors could be a real threat late in the game, as evidenced by the fact that five of their last seven away goals scored have come beyond the 80th minute (90 minutes only). 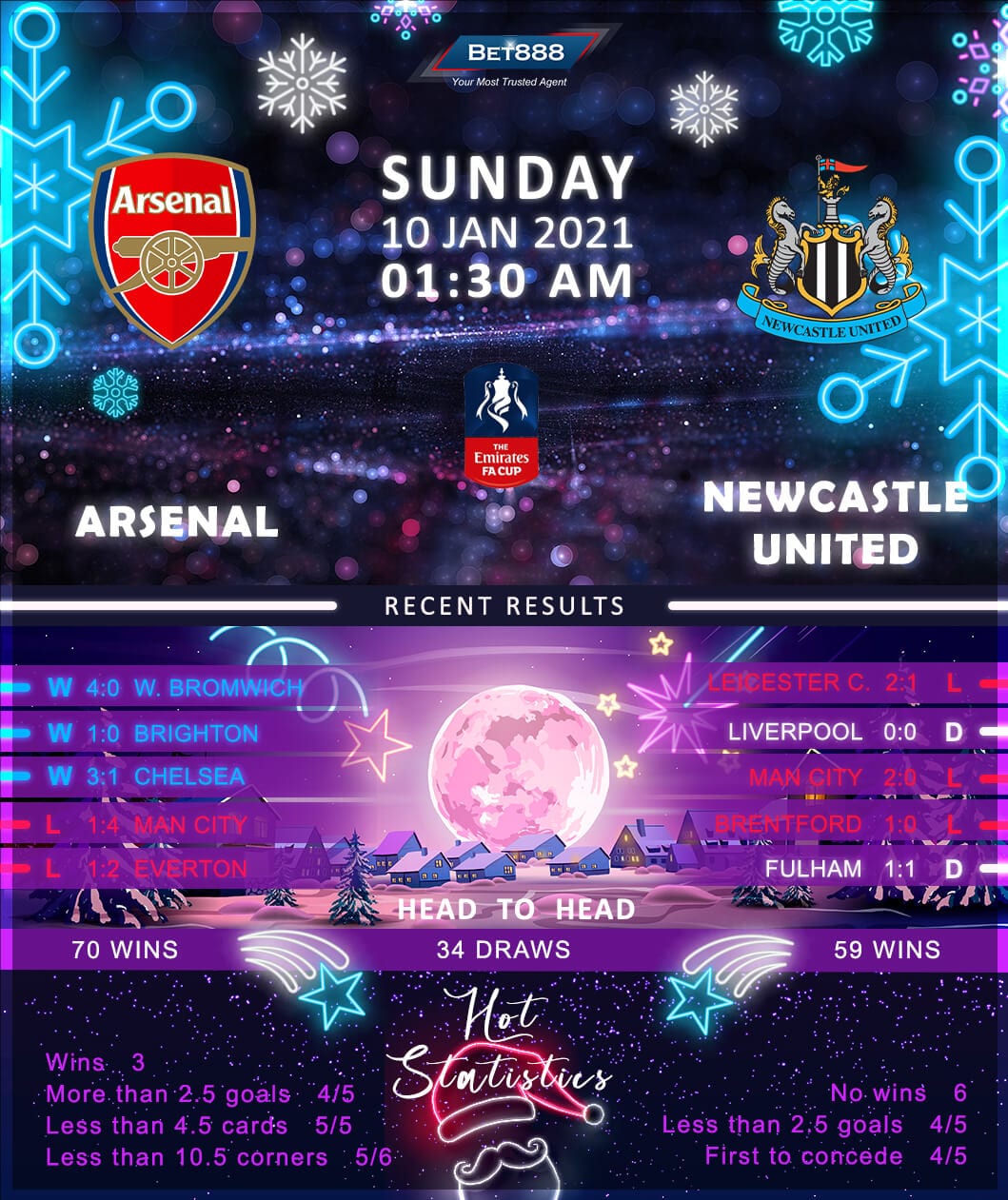