A convincing 3-1 triumph in Piraeus puts Arsenal in prime position to qualify for the UEFA Europa League quarter-finals going into the return leg of their last-16 tie against Olympiacos at the Emirates Stadium.

Arsenal bowed out to Olympiacos in last season’s Round of 32 despite winning the first leg on the road and will be looking to avoid a similar setback here. The ‘Gunners’ have been relentless in the Europa League this season, having won all of their seven fixtures in the competition by an aggregate score of 23-6. Mikel Arteta’s men completed the group-stage campaign with 20 goals under their belt, more than any English side have managed in the Europa League. Additionally, the Londoners have successfully negotiated both of their previous Europa Leauge last-16 ties, scoring precisely three goals in each home game. Arsenal boast a solid home record in the competition, having won 69.57% of such fixtures (GP:23 – W16, D3, L3), including a victory over Benfica in Piraeus in the previous knock-out round.

Meanwhile, Olympiacos ran out 5-3 aggregate winners against PSV Eindhoven in the Round of 32 (4-2 H, 2-1 A) after switching from the UEFA Champions League. The Greek giants have lost all of their four away European matches this season, frustratingly conceding 2+ goals on each occasion. Pedro Martins’ men appear in the Europa League last-16 for the fourth time and are looking to cross this threshold for the first time. They have failed to win nine of their previous 11 UEFA ties in which they lost the first leg at home, last doing so against Arsenal in 2019/20. Except for two victories against the ‘Gunners,’ Olympiacos have failed to win any of their remaining 17 European trips to England (D2, L15). They have drawn a blank in both of their visits to the country since winning at the Emirates. 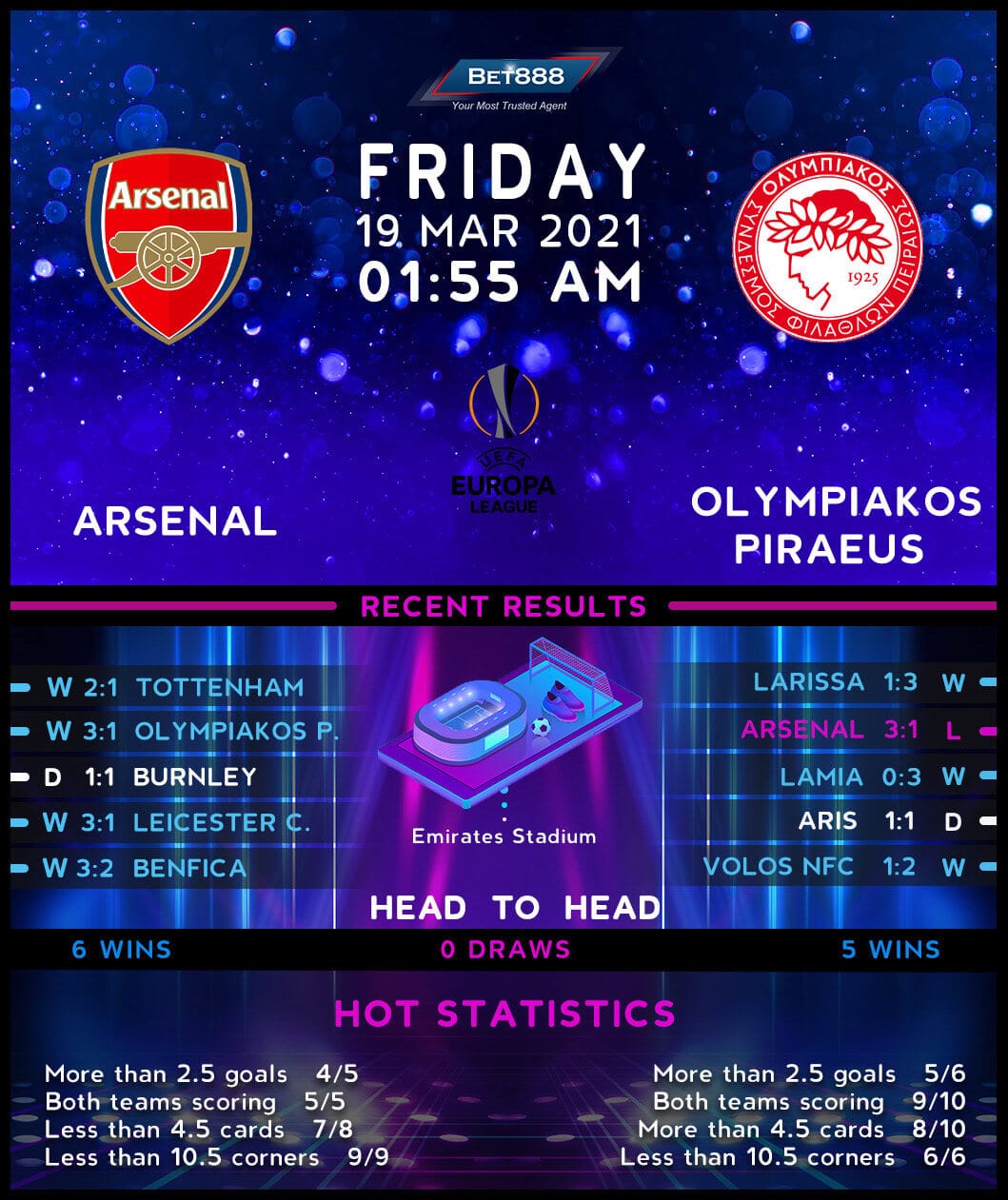