Arsenal will be looking to maintain their unbeaten European record versus Czech opposition when they meet Slavia Praha at the Emirates Stadium in the first leg of their UEFA Europa League quarter-final tie.

Mikel Arteta’s men made light work of their group-stage journey, finishing top of Group B with all six victories to become the 11th team in the competition’s history to make such a feat. Arsenal exacted revenge on Olympiacos for last season’s Europa League elimination, coming out on top of their last-16 tie on an aggregate score of 3-2 (3-1 A, 0-1 H). Having reached the Europa League quarter-finals for the third time in the club’s history, the ‘Gunners’ boast a 100% win rate at this stage of the competition (W2). Additionally, the Londoners enjoy an intimidating home record in the Europa League, having won 69.57% of their such fixtures so far (GP23 – W16, D3, L4), including the success against Benfica in neutral Piraeus back in the last-32.

Meanwhile, Slavia finished runners-up to Leverkusen in their respective Europa League section this season, owing to a run of four consecutive wins between Matchday 2 and Matchday 5. The reigning Czech Republic champions saw off Premier League giants Leicester City in the round of 32 without conceding (0-0 H, 2-0 A) before ousting Steven Gerrard’s Rangers in the last-16 on an aggregate score of 3-1 (1-1 H, 2-0 A). Curiously, though, Slavia’s back-to-back away wins in the Europa League knock-outs represent two of their only four successes in their last 12 continental trips (D3, L5). Their overall away record in the Europa League proper now reads W6, D4, L7. Their triumph at the King Power Stadium is also Slavia’s lone victory on English soil, with the ‘Červenobílí’ suffering four defeats in their previous five visits to the country (D1). 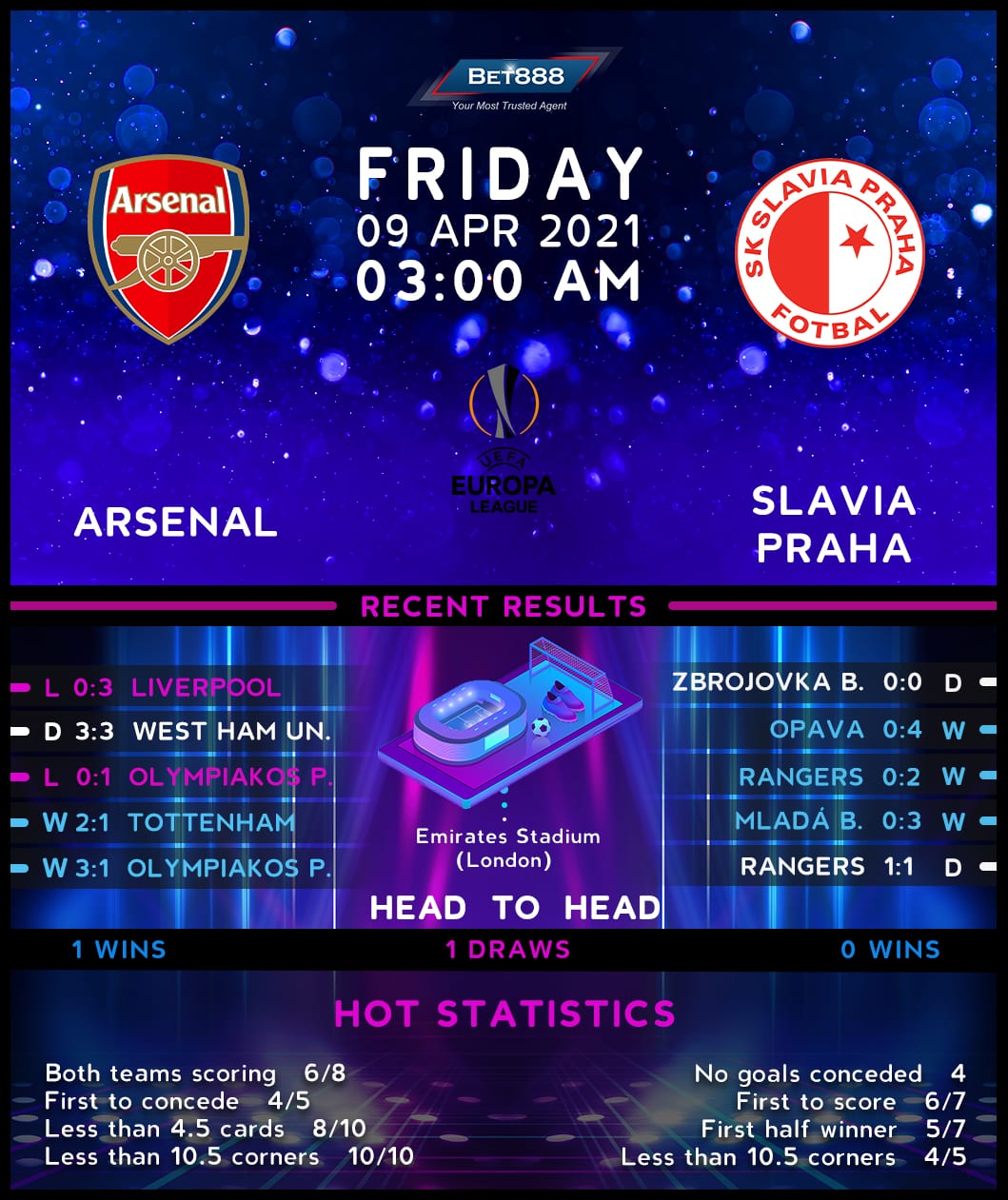