Out-of-sorts Arsenal will be looking to rediscover their mojo when they meet Southampton at the Emirates Stadium in an exciting Premier League encounter.

After a series of underwhelming performances that have seen Arsenal lose four of their last five Premier League fixtures (D1), the hosts take the field at 15th place in the table, only five points clear of relegation-threatened Fulham. Indeed, Arsenal’s poor form has seen them go from back-to-back home league victories to four defeats in a row, three of which came ‘to nil.’ Mikel Arteta’s men have netted a league second-low two first-half goals at home this season and have yet to either score or concede inside the first 15 minutes of home Premier League action. But, the ‘Gunners’ have avoided defeat in 25 consecutive top-flight H2H meetings with Southampton at home (W18, D7), with their last loss in such contest dating back to 1987.

Meanwhile, the visitors have enjoyed a slight upturn in form lately, going from two consecutive Premier League matches without a win (D1, L1) to back-to-back victories, both of which saw them score precisely one first-half goal and add at least one more beyond the 60-minute mark. Also, since losing 1-0 to Crystal Palace in their first Premier League trip of the season, Ralph Hasenhuttl’s men have gone undefeated in five away league games in a row (W3, D2), alternating between a win and a draw on each occasion. Curiously, each of Southampton’s last four away league games has seen both teams score, with three producing over 2.5 goals. It’s, however, worth noting that the ‘Saints’ have not won any of their 21 previous away Premier League fixtures played on a Wednesday (D7, L14), with their last such success dating back to 1995. 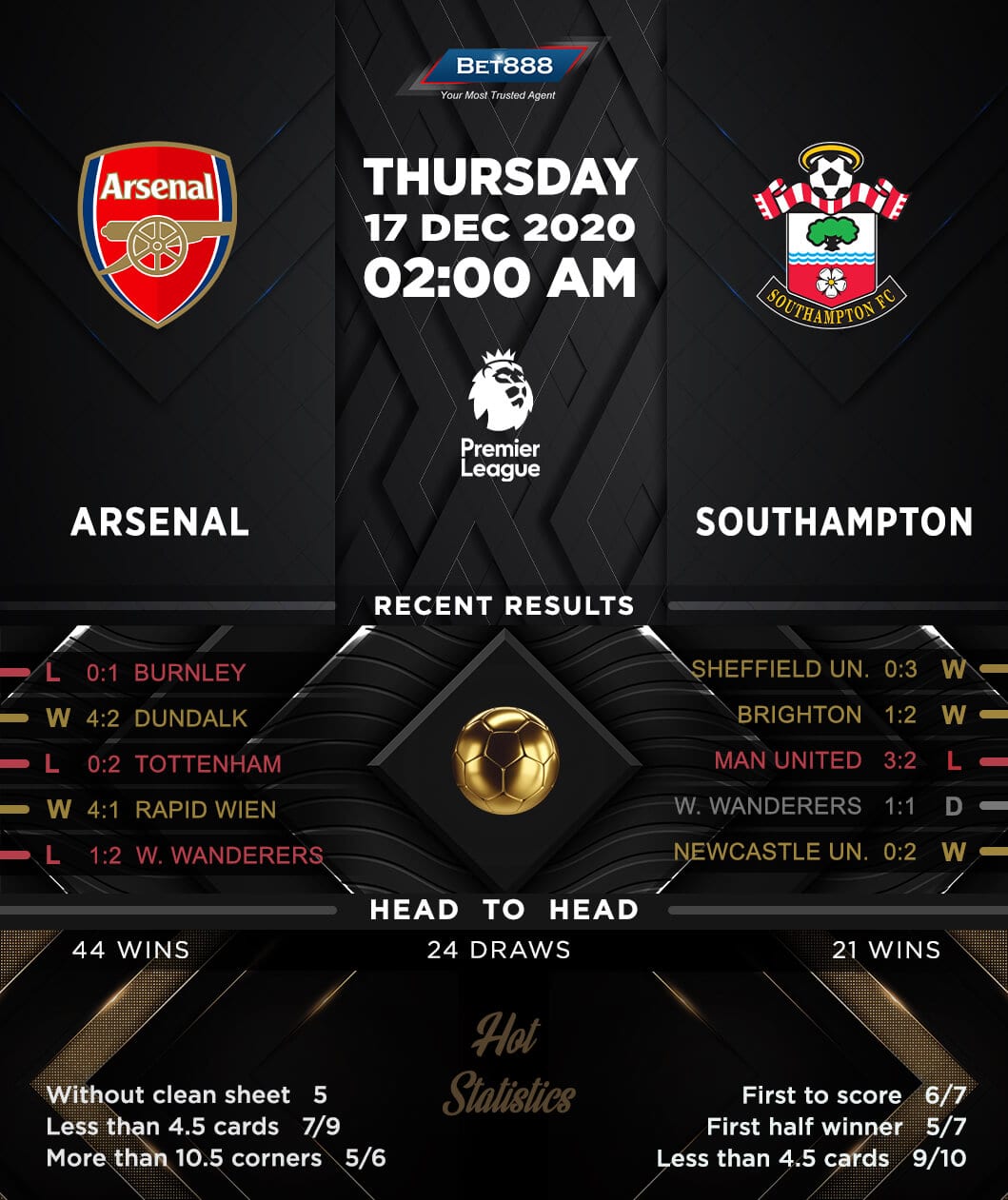