After dropping the points in two of their last three Premier League outings (W1, D1, L1), Arsenal can ill-afford to lose more ground on the current top-six if they are to compete again in Europe next season. Before succumbing to a heartbreaking 1-0 defeat to Manchester City in their last home Premier League fixture, the ‘Gunners’ had alternated a victory with a draw in six such matches on the trot (W3, D3), notably scoring 3+ goals in each win in that spread of games. After failing to beat Tottenham in any of their last five meetings in all competitions (D2, L3), Arsenal stare at the prospect of going winless in six successive such encounters for the first time in the club’s history. However, Mikel Arteta’s men can draw confidence from their imperious home form against north London rivals, having lost only two of their previous 35 top-flight H2Hs as hosts (W19, D14), last losing such match-up in 2010.

Meanwhile, Tottenham head into the proceedings in the midst of a fine form of their own, having won their last five competitive matches by an aggregate score of 15-1. A notable upturn in form has seen the ‘Spurs’ go from back-to-back Premier League defeats to three consecutive league victories, two of which have been accompanied by a clean sheet. On the road, Jose Mourinho’s men have not drawn any of their last five Premier League fixtures (W2, L3), with three of those results (win/loss) yielding a narrow one-goal margin. After netting 11 goals in their first two away top-flight matches this season, the Londoners have only scored ten in their subsequent 11 on the road. Losing the first half may well end Tottenham’s hopes of avoiding defeat here, as they have failed to take the points in any of the six Premier League games in which they were trailing at half-time this term. 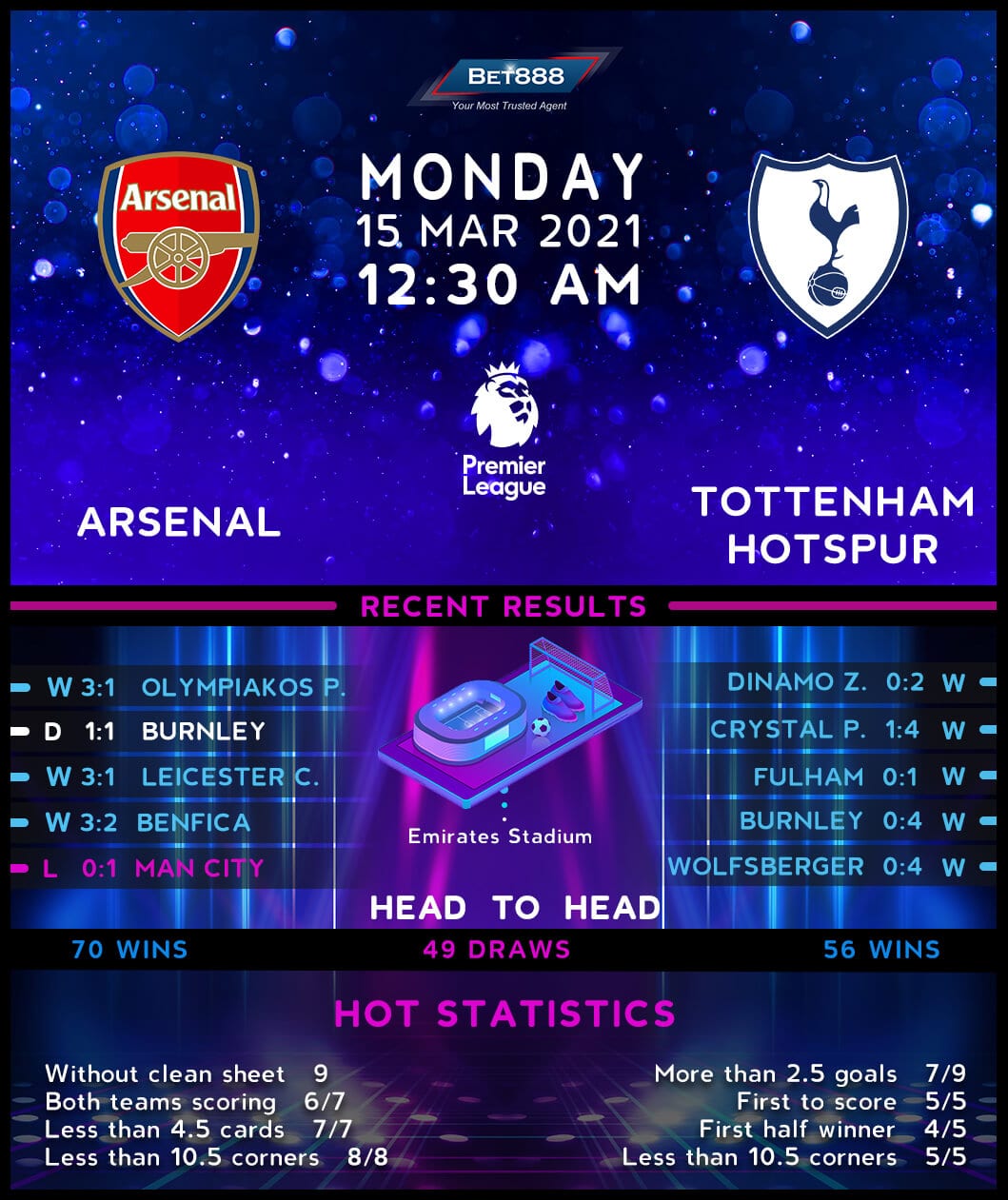