Relegation-threatened West Bromwich Albion head to the Emirates Stadium to take on out-of-sorts Arsenal in a must-win Premier League fixture.

Stuck in mid-table, the ‘Gunners’ have experienced mixed fortunes across their last six Premier League fixtures (W2, D2, L2), with each game won/lost in this sequence seeing the winner on the day keep a clean sheet. Additionally, Mikel Arteta’s men are winless in their last three Premier League matches at the Emirates (D1, L2), frustratingly drawing a blank twice in this stretch. Against this backdrop, the Londoners have defeated WBA in each of their last seven top-flight meetings on home turf, keeping a clean sheet on six occasions in the process. If they win here, it may well be by a tight margin, considering 50% of Arsenal’s home Premier League triumphs this season have yielded a single-goal margin (3/6). Action-packed second-half football is well on the cards as 61.54% of Arsenal’s home league goals scored/conceded this term arrived post restart (24/39).

On the other hand, a loss in London would see West Brom relegated from the Premier League as the visitors head into proceedings winless in their last three league matches (D2, L1). Except for a shocking 5-2 victory over Chelsea on Matchday 30, the ‘Baggies’ have failed to win seven of their last eight away Premier League fixtures (D2, L5), conceding 2+ goals five times in the process. Moreover, WBA lament a disastrous 8.33% win ratio in away Premier League meetings with Arsenal (GP12 – W1, D1, L10), with the only time they defeated the ‘Gunners’ in the capital dating back to September 2010. Disappointing first-half performances have seen Sam Allardyce’s men concede the third-highest 18 away goals before half-time this term while scoring just seven in this timeframe. 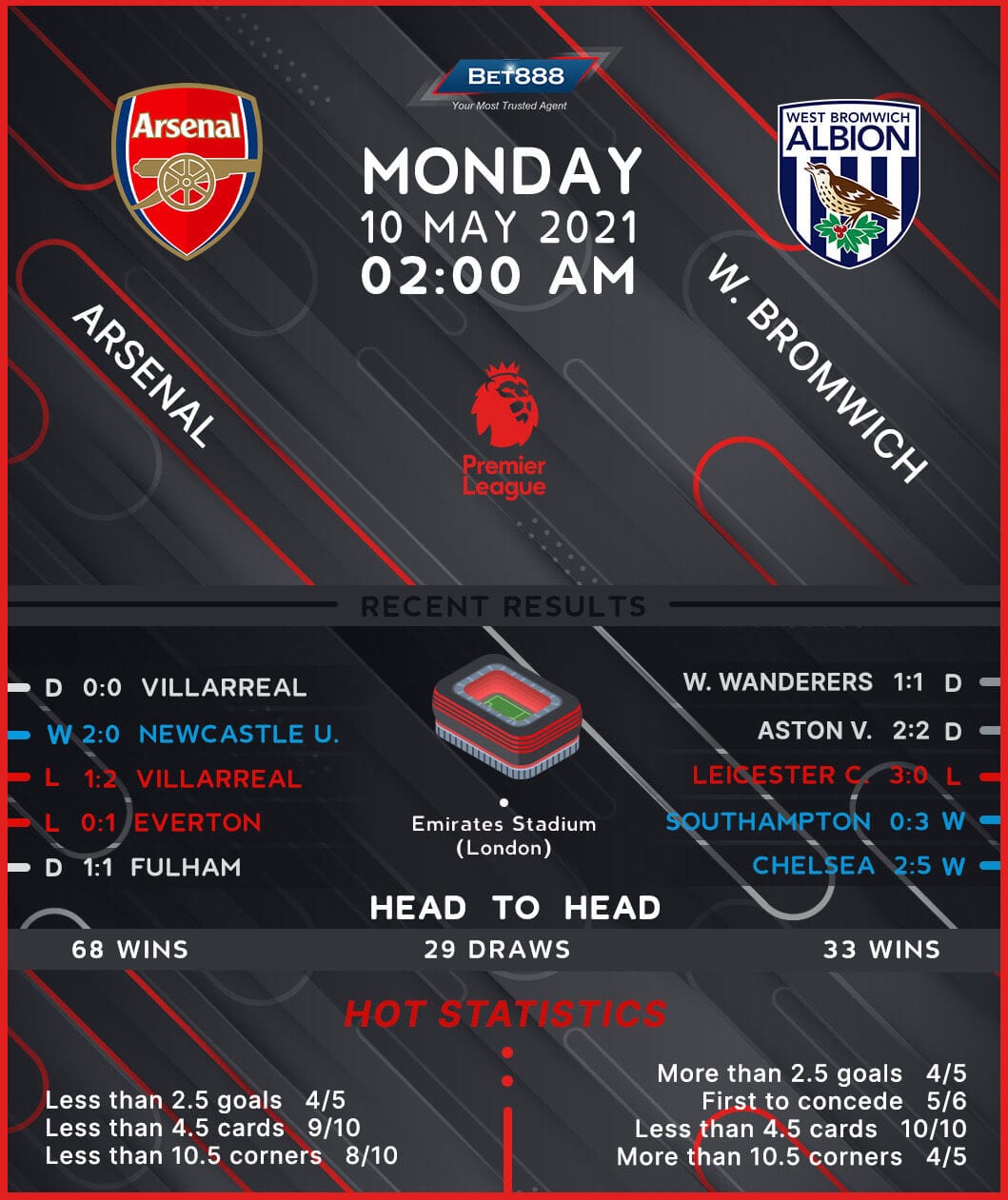