Arsenal (10th) travel to Villa Park, looking to take all three points and Aston Villa’s (9th) place in the Premier League, with a single point separating the sides ahead of the kick-off.

Aston Villa have alternated between a win and a loss in their last five Premier League outings (W2, L3), with three of those win/losses yielding a two-goal margin. By extension, none of their previous ten top-flight meetings with Arsenal have ended in a draw (W3, L7), with the ‘Lions’ winning each of their last two such encounters ‘to nil.’ Adding to this sentiment, just one of Aston Villa’s nine Premier League home games this season has ended level (W4, L4), with 62.5% of the matches won/lost in that sequence featuring a full-time margin of 2+ goals. Conceding the opening goal could have a devastating impact on Villa’s chances of winning here, as they’ve lost all but one of their eight Premier League fixtures in which they shipped the opener this league campaign (D1).

Meanwhile, the ‘Gunners’ go into this matchday on the back of a 2-1 away loss at Wolverhampton Wanderers, which saw their seven-game unbeaten Premier League streak come to a halt (W5, D2). Five of Arsenal’s last seven top-flight fixtures have seen one or both sides fail to get on the scoresheet, highlighting the potential for a low-scoring affair. Away from home, a lack of ruthlessness in front of goal has Mikel Arteta’s men net under 1.5 goals in eight of their last ten Premier League matches. Topically, the London giants have drawn a blank in both of their previous top-flight meetings with Aston Villa, producing only two shots on target across those clashes! At the other end of the pitch, Arsenal have registered a clear majority (81.82%) of their total Premier League goals conceded on the road this season in the first half of play (9/11). 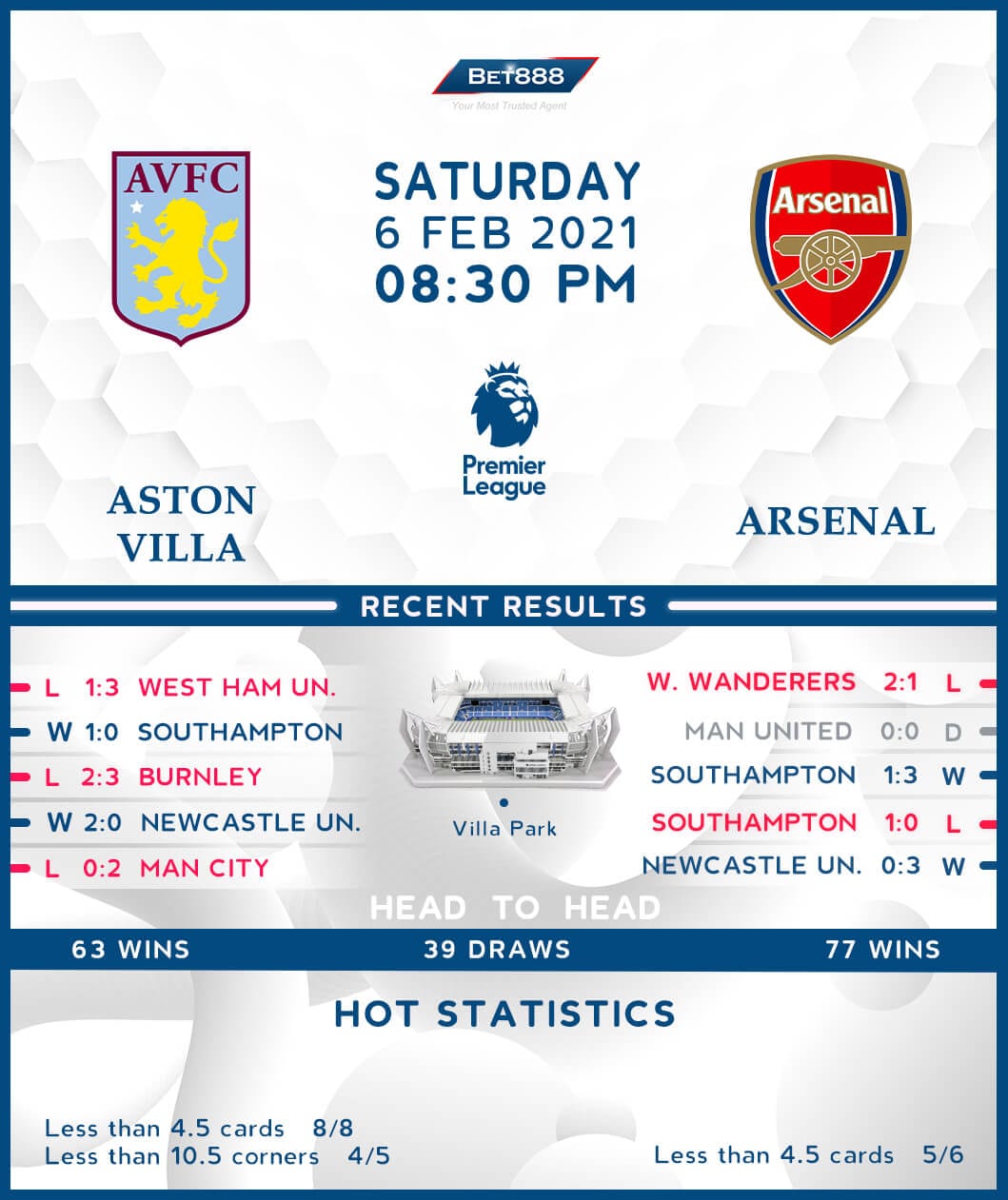