Chelsea’s Champions League aspirations are on the line as they head to Villa Park to meet Aston Villa in the ultimate round of the 2020/21 Premier League fixtures.

Despite falling behind early in the game, Aston Villa staged a quick-fire first-half comeback to beat Tottenham 2-1 in London last time out and bring a three-game winless Premier League streak to a halt (D1, L2). But the Villans have alternated between drawing and losing across their last four home Premier League matches (D2, L2) since a 3-1 win over relegated Fulham on Matchday 30, conceding 2+ goals three times in that sequence. Furthermore, Dean Smith’s men have lost each of their last three top-flight meetings with Chelsea at Villa Park by an aggregate scoreline of 8-2. Encouragingly, though, the ‘Lions’ have yet to taste defeat at the hands of Chelsea in the season finales, having won three of their previous four such contests (D1), including the most recent one at Stamford Bridge back in the 2001/02 season.

Chelsea’s keenly-contested 2-1 home win against Leicester City last time out handed their top-four hopes a massive boost as they head into the final matchday holding a slender one-point lead on fifth-placed Foxes. Notably, the ‘Blues’ haven’t lost any of their eight away Premier League games under Thomas Tuchel (W6, D2), conceding just four goals in the process. But they have also found the away goals hard to come by under the German boss, netting one or less in eight of their 13 road trips across all competitions. Having won each of their last three Premier League trips to Villa, Chelsea could put together four straight top-flight wins away to this opposition for the first time since 1999. Except for a 2-1 loss to Newcastle United in 2017/18, the visitors haven’t lost their final league game in eight of the last nine Premier League seasons (W6, D2). 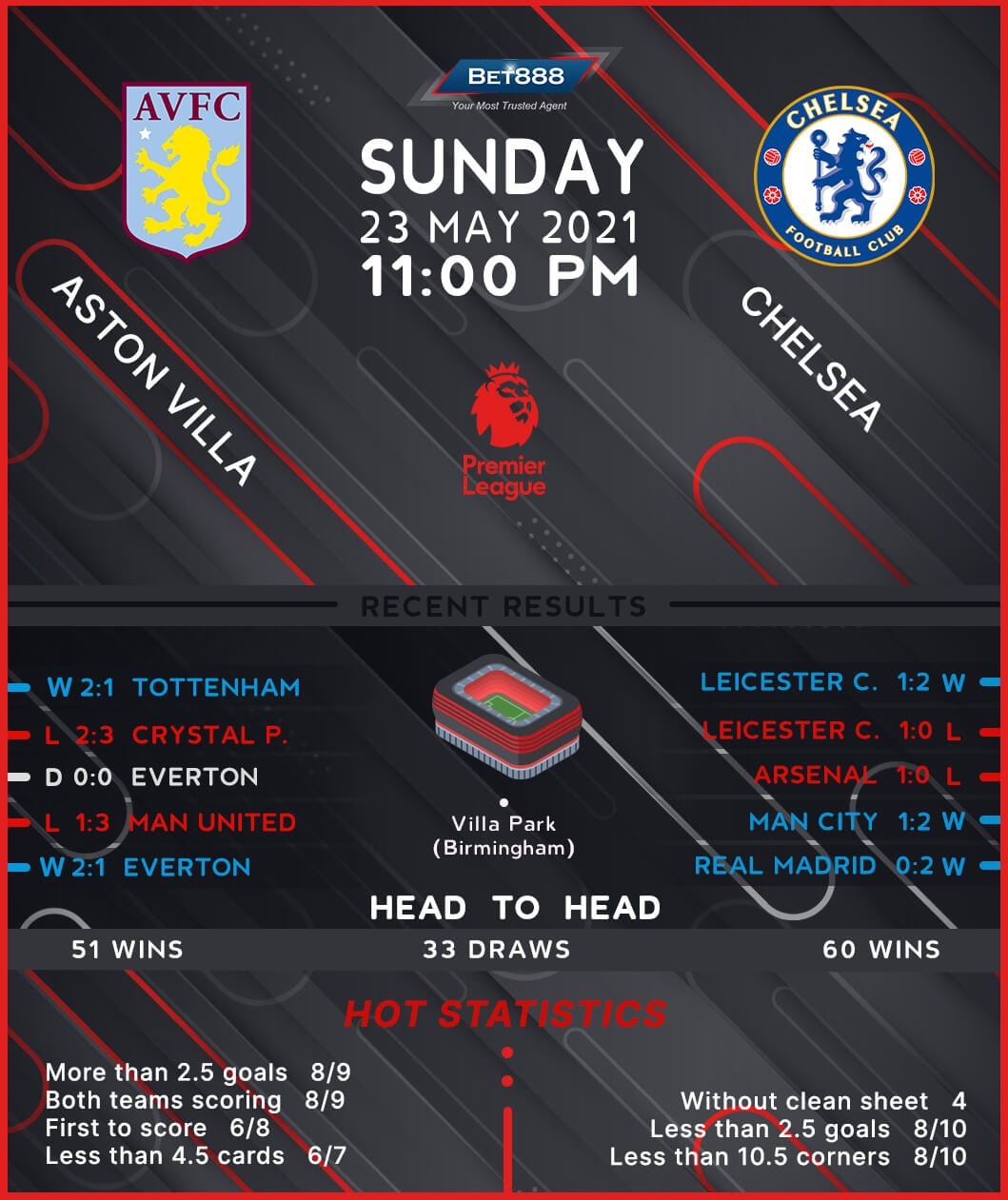