Villa Park is the venue as Aston Villa and Crystal Palace lock horns in the Premier League encounter.

Aston Villa have avoided defeat in three consecutive Premier League matches without conceding once (W2, D1) after suffering back-to-back 2-1 league losses beforehand. However, after winning both of their opening home Premier League fixtures, the hosts have gone winless in four home league games in a row (D1, L3), conceding the opening goal on three of those occasions. Indeed, Dean Smith’s men have developed a habit of falling behind without recovering, losing all four Premier League matches in which they let in the first goal. It’s also worth noting that the ‘Lions’ have failed to win nine of their ten previous top-flight matches on Boxing Day (D4, L5). Villa can still take some confidence from the fact they’ve run out winners in two of their last three Premier League meetings with Crystal Palace (L1).

Meanwhile, Crystal Palace head into this encounter on the back of a 7-0 hammering at the hands of Liverpool that did extend their winless league run to three games (D2, L1). Curiously, though, before being held to a 1-1 draw with West Ham in their last Premier League road trip, none of their six previous away league fixtures had ended in a draw (W3, L3). Notably, each game won/lost during that six-match sequence saw the victor get on the scoresheet first. Their last four top-flight H2Hs held at this venue have all witnessed one or both sides fail to find the net, with each featuring under 2.5 total goals (W1, D1, L2). If Roy Hodgson’s men score here, they are likely to do it after the half-time break, as seven (63.64%) of their 11 away Premier League goals scored this season have come in the second half of play. 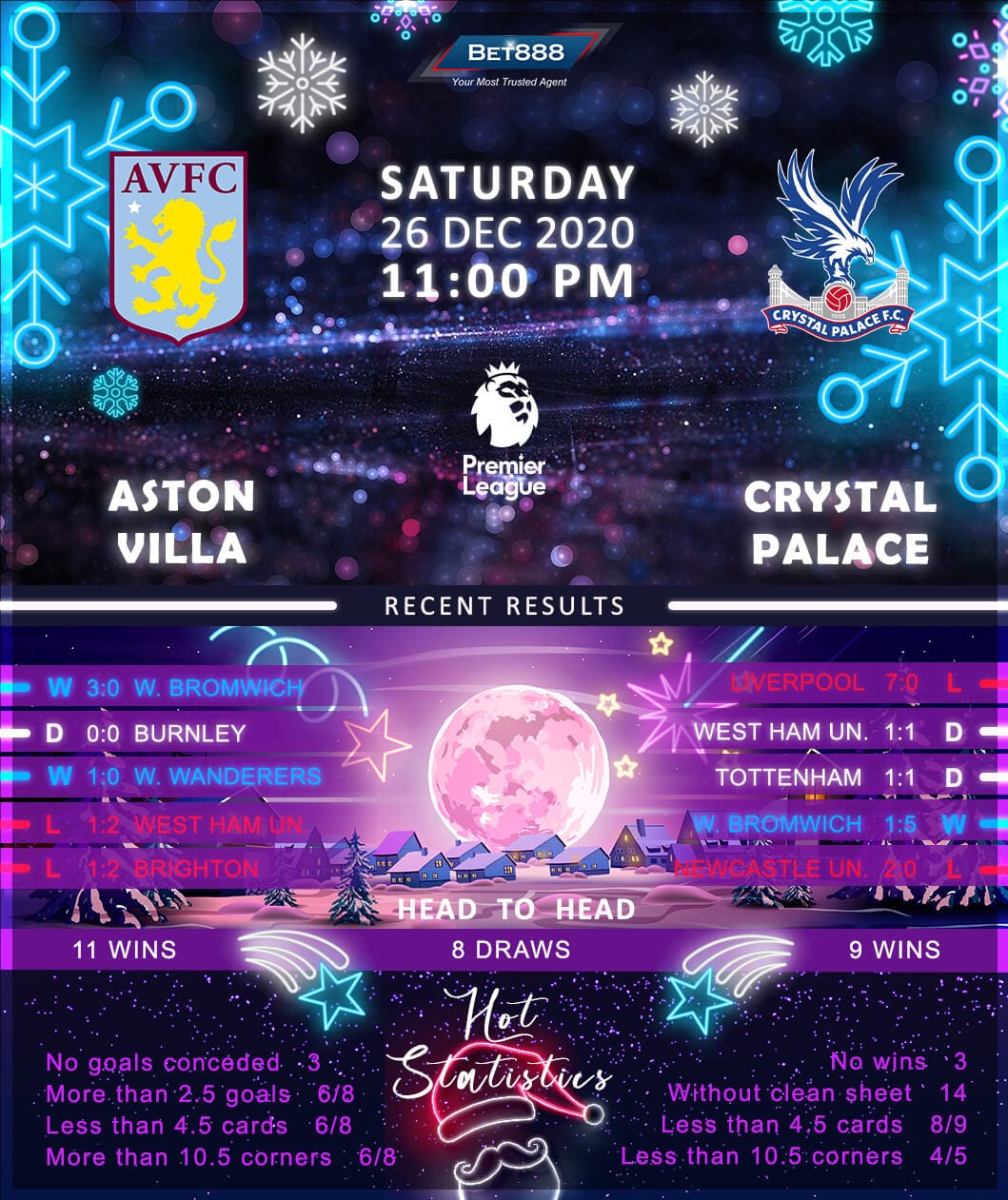