Saturday’s Premier League action kicks off at Villa Park as Aston Villa and Everton go head-to-head in a tasty-looking fixture.

Despite being proactive in the summer transfer window, Aston Villa experienced a false start to the new Premier League season, going 2-0 down away to promoted Bournemouth on the opening weekend. After conceding two set-piece goals, Steven Gerrard’s men have made it one win from their last 12 Premier League outings, 2021/22 included, putting their manager under heavy scrutiny ahead of Everton’s visit. The upcoming clash could help Gerrard alleviate some of that pressure, with the ‘Lions’ going unbeaten in their last six top-flight meetings with the Merseyside visitors (W4, D2). Moreover, they’ve kept a clean sheet in their three most recent league H2Hs, which was the case in both previous Premier League home openers (W2).

In the meantime, visiting Everton put up a fight against Frank Lampard’s former side Chelsea on matchday one, though it proved enough for a morale-crushing 1-0 defeat at Goodison Park. After avoiding relegation by the skin of their teeth last season and in turn losing star player Richarlison to Tottenham Hotspur, the ‘Toffees’ could be staring down the barrel of another scary top-flight campaign. On the bright side, they are unbeaten in their first away league game across the last 11 seasons (W5, D6), sparking hope among the travelling supporters. Against this backdrop, Everton picked up a mere two away league triumphs in 2021/22 while losing 13 in the process, their joint-worst such record in the 21st century. 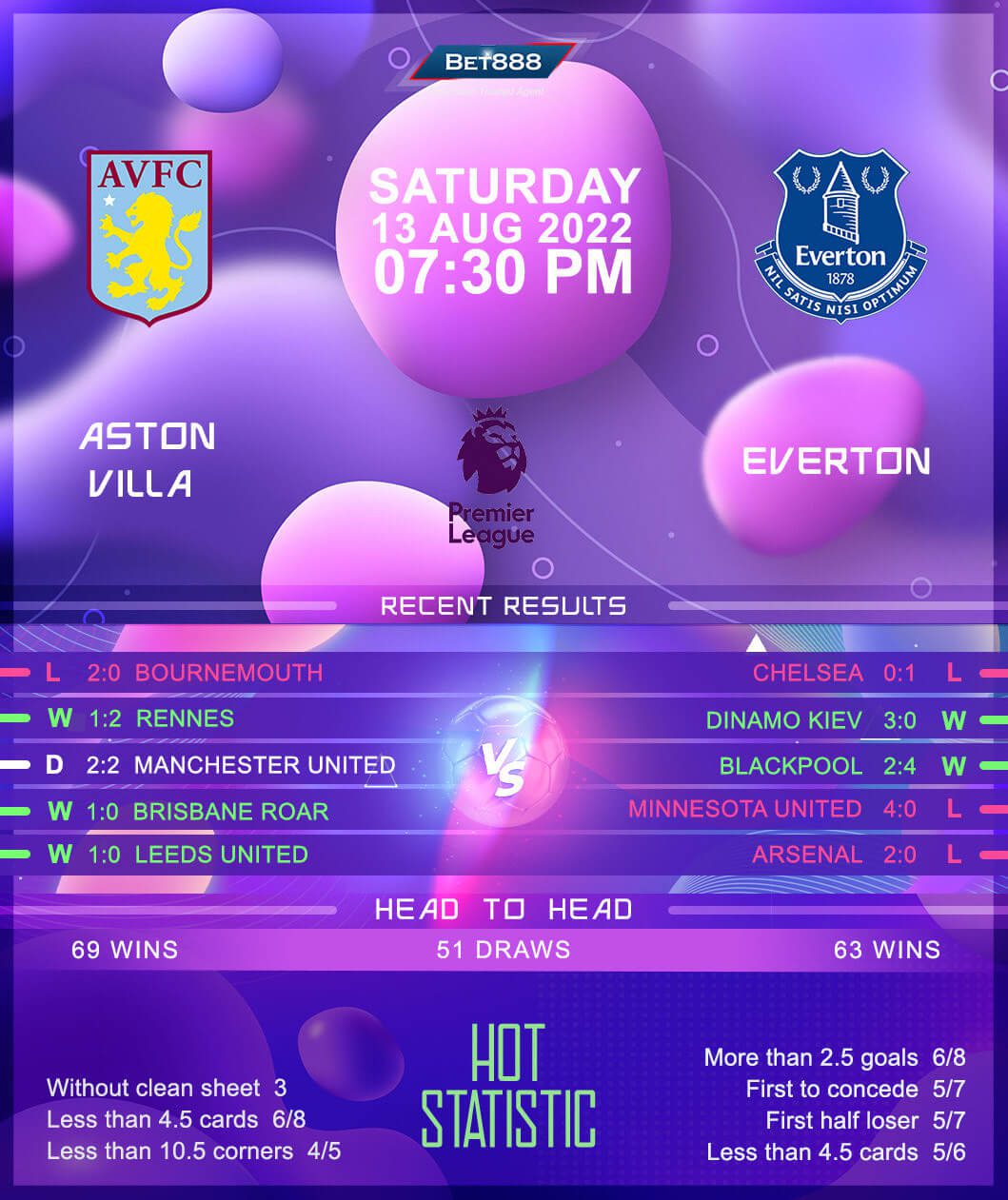