Aston Villa and Everton are set to square off at Villa Park in a mid-table Premier League clash this midweek.

Aston Villa spurned a narrow half-time lead against Manchester United last time out to suffer a 3-1 defeat at Villa Park, their third reverse in the last five Premier League fixtures (W1, D1). Ahead of the kick-off, the ‘Lions’ have broken the deadlock in three consecutive home league matches without winning one (D1, L2). Indeed, Dean Smith’s men have wobbled at home in the Premier League lately, having picked up just a single victory across their last seven top-flight games on home turf (D2, L4). Additionally, the hosts have yet to taste win in a midweek Premier League game this term, having lost the last five on the spin since playing out a bore home draw with Burnley in December. A 2-1 triumph at Goodison Park in the reverse fixture back in January presents Villa with an opportunity to complete a league double over Everton for the first time since 2000/01.

Meanwhile, Everton’s keenly-contested victory against West Ham in London last time out means 45.45% of their away Premier League victories this season have come by the same 1-0 scoreline (5/11). Indeed, Carlo Ancelotti’s men tend to thrive in close, hard-fought affairs, as witnessed by the fact that 81.82% of their winning margins on the road this term failed to exceed a single goal (9/11). Topically, each of Everton’s last seven Premier League trips has yielded a full-time margin of under 1.5 goals. Another noteworthy takeaway from Everton’s recent away league fixtures concerns the ‘clean-sheet’ theme, as each of their last six Premier League games on the road saw one or both teams fail to find the net. Perhaps surprisingly, Ancelotti has pulled off just one Premier League victory against Aston Villa as a manager (D3, L2). 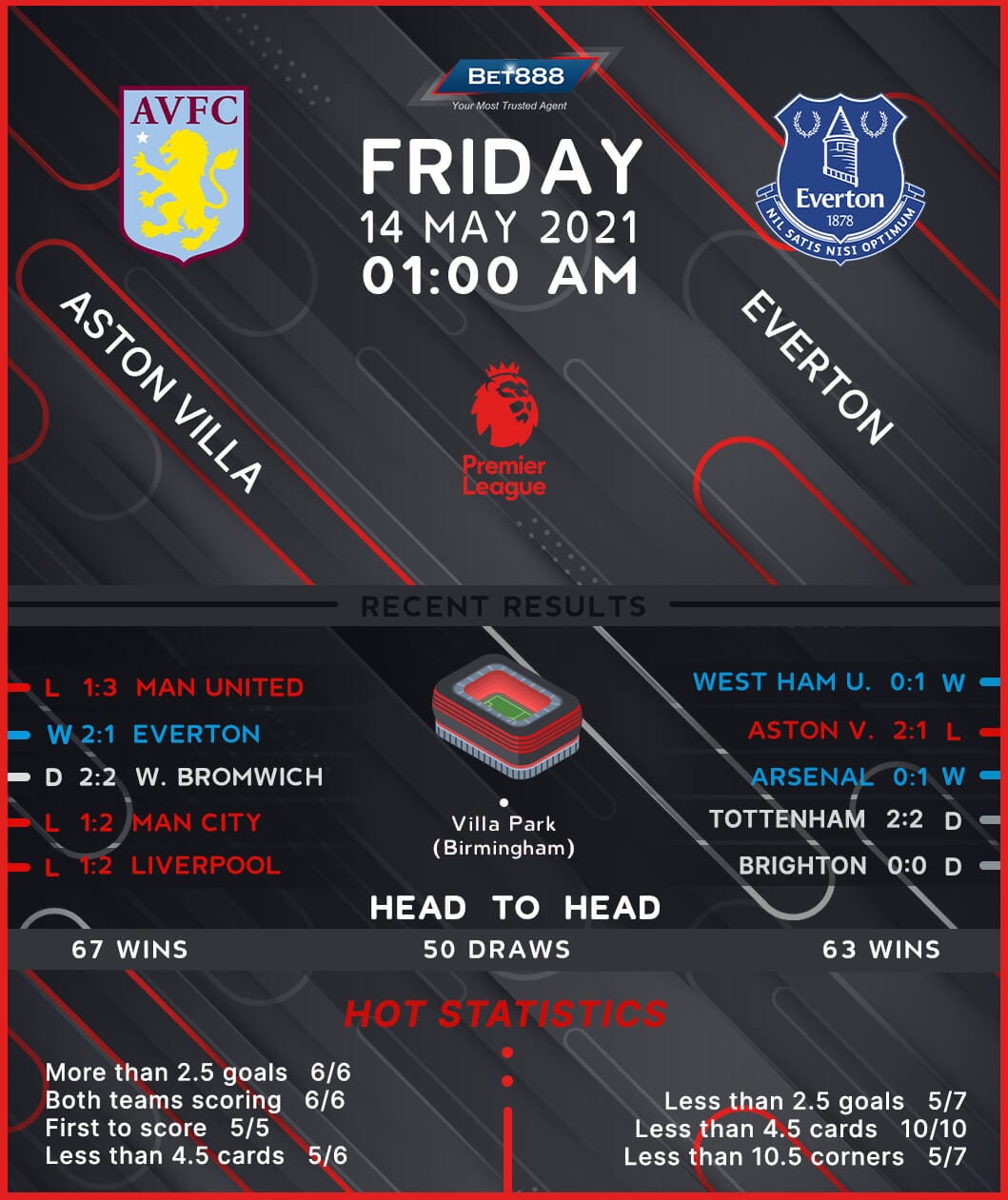