Everton will be looking to avoid failing to beat Aston Villa in three Premier League meetings on the bounce for the first time since 2012 when the two clubs meet at Villa Park.

A 2-1 away defeat at Manchester United in their first Premier League fixture of the new calendar year saw Aston Villa’s run of five league matches without a loss come to an end (W3, D2). Interestingly, each of Villa’s last three top-flight reverses has seen them concede the first-half opener and subsequently produce the identical 2-1 scoreline. After an understrength Aston Villa team succumbed to a 4-1 defeat to Liverpool in the FA Cup fixture last week, the ‘Lions’ are now facing the prospect of losing the opening three matches in a calendar year for the first time since 1927 as a top-flight side. Dean Smith’s men can take some comfort from the fact that they’ve kept a clean sheet in their last two home Premier League outings (W1, D1) after conceding 2+ goals per home league game in four consecutive such contests beforehand.

Meanwhile, a 2-1 victory at Wolverhampton last time out means that none of Everton’s six previous Premier League matches have ended in a draw (W5, L1). Despite avoiding stalemate across that run of six games, five (83.33%) of them have seen the sides separated by a single-goal margin at full-time. Additionally, Everton’s away league fixtures this season have been notably tight, as seven (77.78%) of the nine have ended dividing the teams by FT margin of under 1.5 goals (W6, D1, L2). Against this backdrop, four of the last five top-flight meetings between Aston Villa and Everton at Villa Park have yielded a two-goal margin (W3, L2). Delivering action from the get-go, 14 (63.64%) of their 22 Premier League goals scored/conceded on the road this term have come in the first half of play. 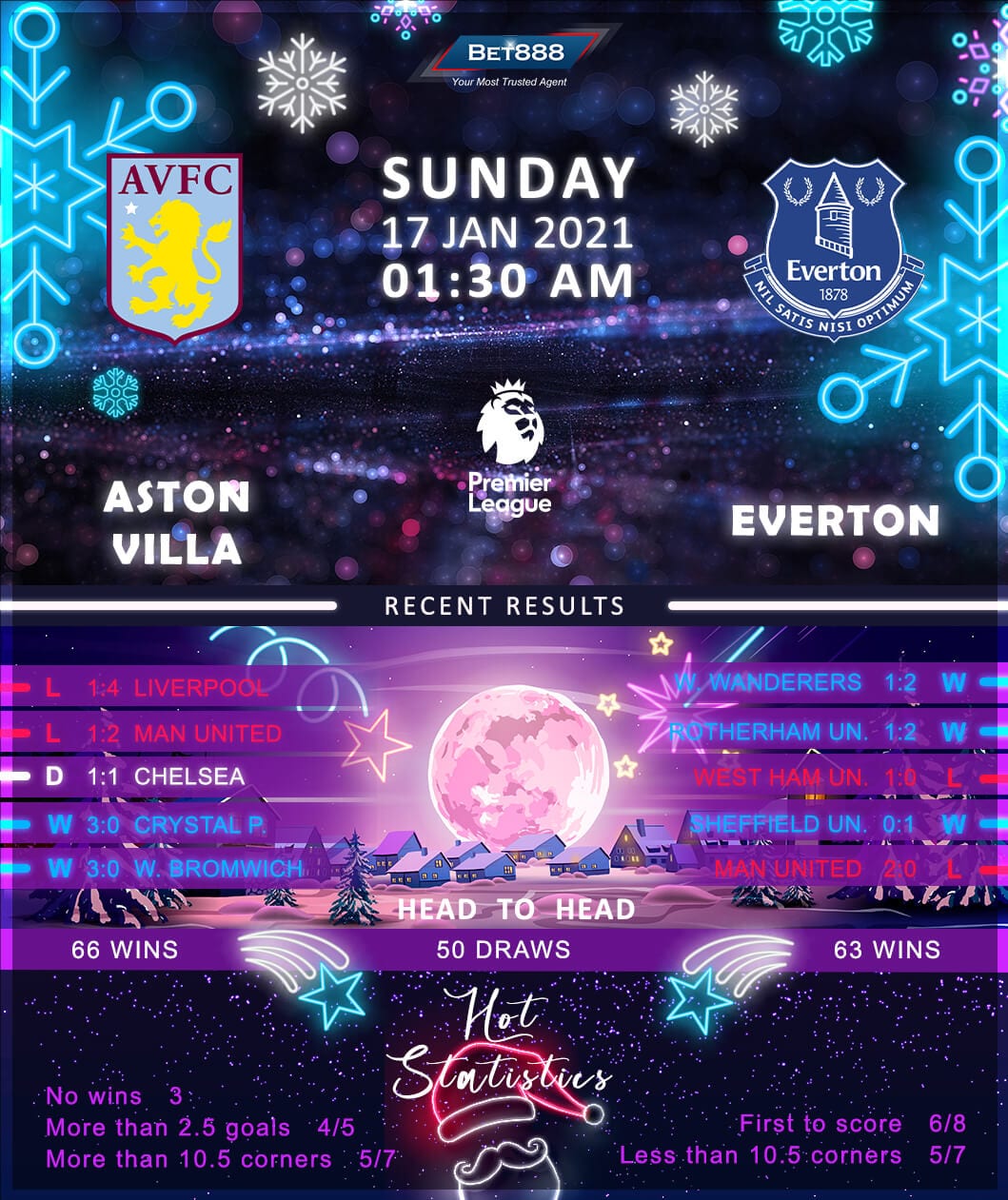