Aston Villa and Fulham will face off at Villa Park in a Premier League fixture for the first time since 2014.

Aston Villa have failed to win in four Premier League games on the trot (D2, L2) since prevailing 1-0 at Leeds United on Matchday 26, frustratingly drawing a blank three times in the process. Indeed, goals have been at a premium for Villa in recent times, as witnessed by the fact that they’ve netted under 1.5 goals in ten consecutive league games heading into this round. As ever, a robust defensive approach will be required, especially given that 11 of Villa’s 12 Premier League victories this season yielded a clean sheet! Easier said than done, with the ‘Lions’ conceding 2+ goals in three of their last five home league fixtures, registering a shutout in the other two, though. However, the hosts have only suffered one defeat in their previous 17 league meetings with Fulham at home (W9, D7), courtesy of a 2-1 reverse in their last Premier League match here back in April 2014.

As for the visitors, they have lost three of their last four Premier League games (W1), as many failures as they had in their previous 15 in the competition (W2, D10). However, the ‘Cottagers’ are enjoying their longest unbeaten away Premier League streak in the club’s history (8), having kept a clean sheet in four of their last six top-flight road trips (W2, D6). Yet, disappointingly faceless in the attacking third, Scott Parker’s men have scored under 1.5 goals in seven of their previous nine road league matches. If Fulham find the back of the net here, it could well be in the second half, considering they lament the division’s fifth-worst record of six first-half goals registered away from home this season. Particularly ponderous in the early stages, they have netted just once within 15 minutes across their 14 Premier League trips this term. 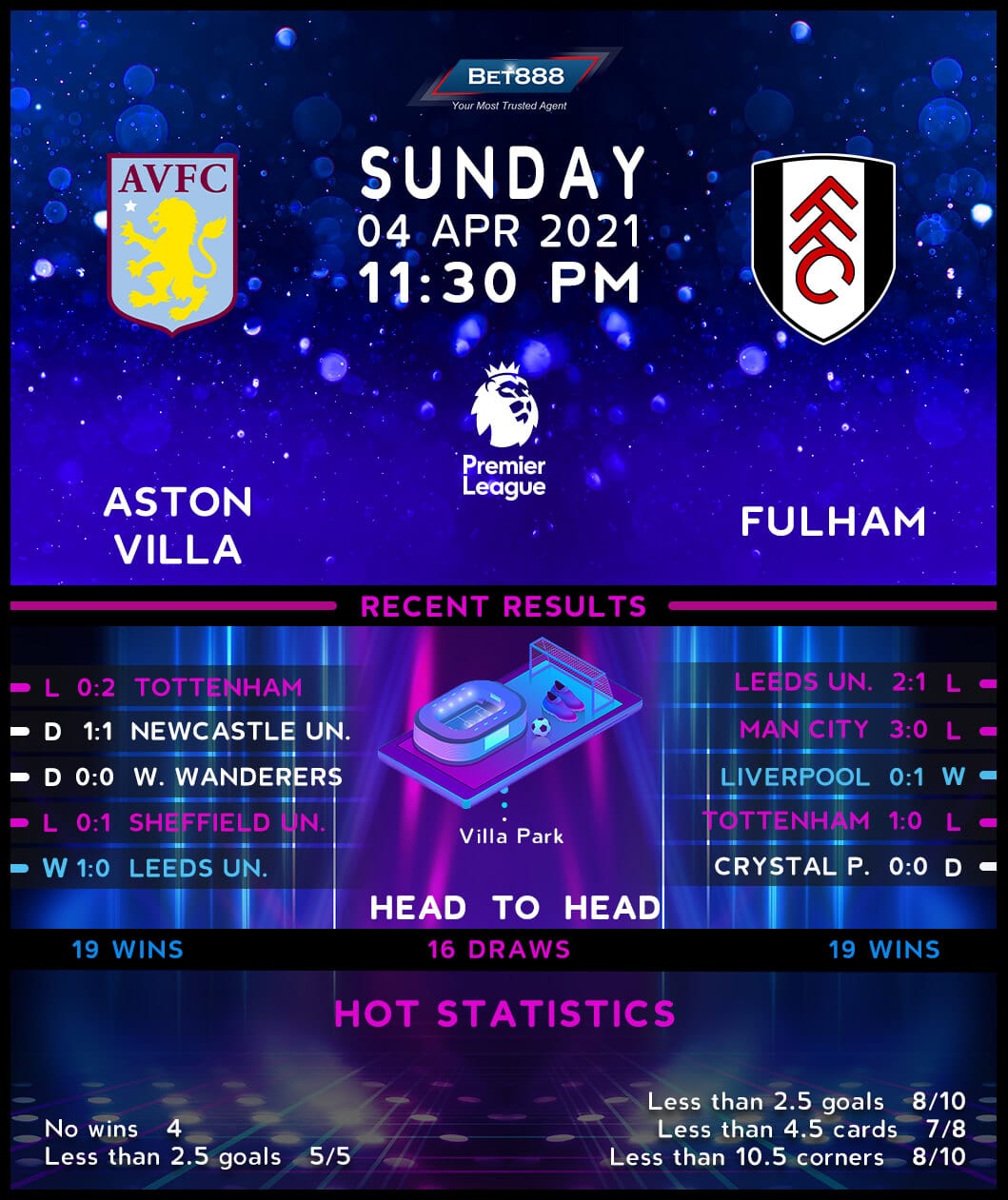