Leicester City head to Villa Park to take on Aston Villa in an exciting Premier League fixture, looking to take revenge for a 1-0 defeat in the reverse fixture.

Before being held to a goalless away draw to Brighton last time out, Aston Villa had alternated a victory with a defeat in six Premier League fixtures in a row (W3, L3), with four of the games won/lost in that span seeing the winner on the day keep a clean sheet. Interestingly, except for a 0-0 draw with Burnley on Matchday 13, none of Villa’s remaining nine Premier League home matches have ended in a draw (W5, L4), with each of those results win/loss seeing the victor get on the scoresheet first. Indeed, the hosts’ hopes of claiming all three points here will hinge on their ability to avoid conceding the opening goal – Aston Villa have returned a single point from eight Premier League games in which they shipped the opener this season (D1, L7).

Meanwhile, Leicester have gone unbeaten in three Premier League matches on the bounce (W2, D1) since losing 3-1 to Leeds United at the end of January, extending their lead on fifth-placed West Ham to four points in the process. What’s more, the ‘Foxes’ have returned a league second joint-high 27 away points this Premier League campaign after winning 66.67% of their league trips (GP:12 – W8, D3, L1), including four of the last seven (D3). Notably, Brendan Rodgers’ men have won 87.5% of their away league matches in which they opened the scoring this term (GP:8 – W7, D1). But, a trip to Villa Park might stir some painful memories, as they’ve only picked up one victory in their last five competitive matches at this venue (D1, L3), with each of those three defeats coming by the same 2-1 scoreline. 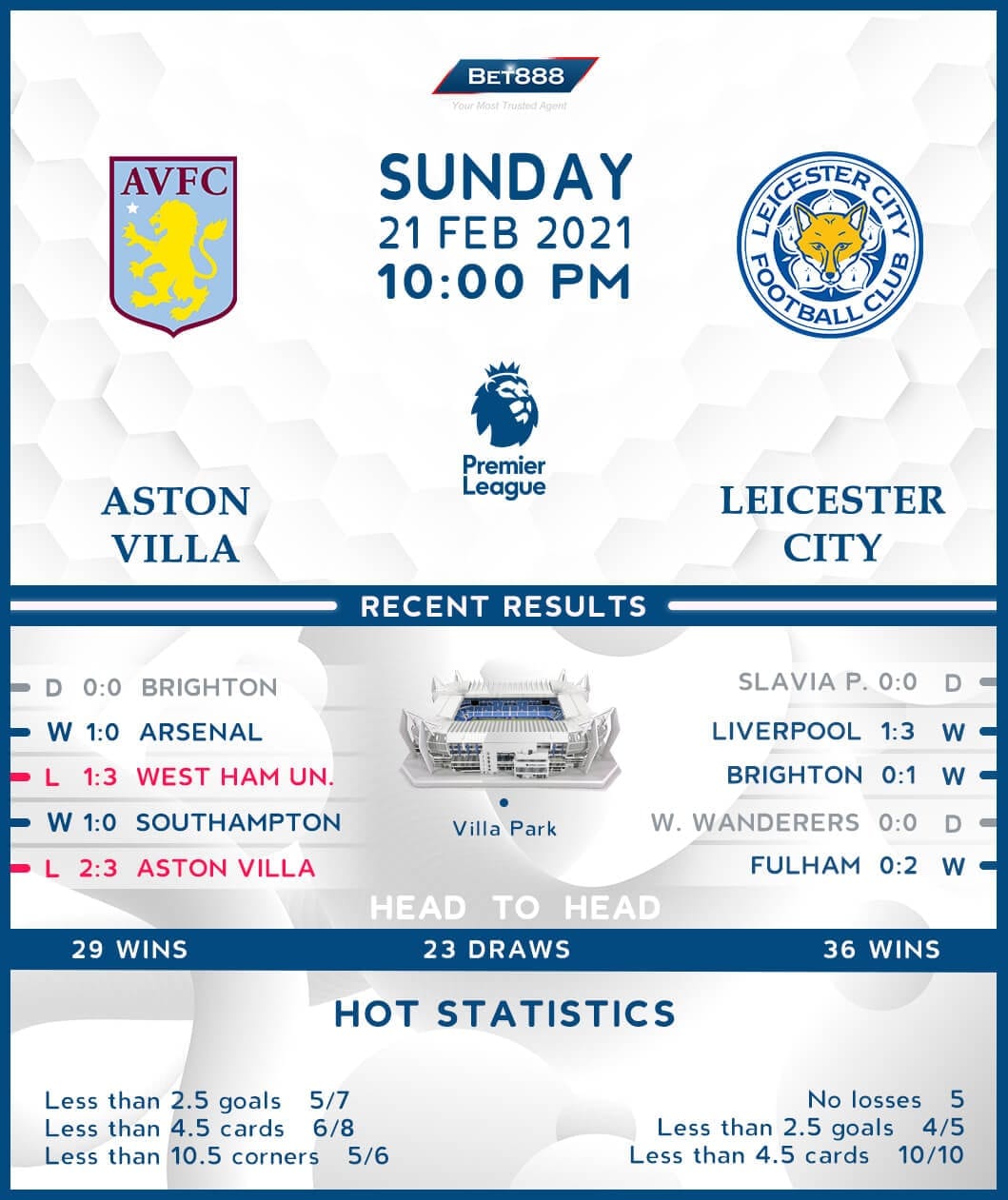