Manchester City will be looking to return to winning ways in the Premier League when they meet Aston Villa at Villa Park this midweek.

Aston Villa’s recent Premier League wobble continues as they spurned a 1-0 half-time lead to lose 2-1 to Liverpool at Anfield last time out, which means they’ve won once in six top-flight fixtures (D2, L3). Moreover, a genuine lack of firepower in the front third has highlighted Villa’s league matches lately, with Dean Smith’s men netting under 1.5 goals in 11 of their last 12 Premier League outings. A 3-1 victory over relegation-threatened Fulham in their most recent home league fixture saw Villa match their tally of three goals scored in their previous five home games in the competition (W1, D1, L3). Worryingly, the ‘Lions’ have suffered eight defeats in their last ten top-flight clashes against the sides starting the day at the top of the table (W1, D1), returning a -17 goal difference from those failures (GF:5, GA:22).

Meanwhile, Manchester City lost 1-0 to Chelsea in the FA Cup semi-finals last weekend. The ‘Citizens’ have now lost two of their last competitive three matches (W1), more reverses than they had in their previous 35 across all competitions (W31, D3, L1). However, Pep Guardiola’s men have won their last four Premier League matches against Aston Villa by an aggregate score of 15-1, including a 2-0 victory in the reverse fixture back in January. Coming into this matchday, the runaway Premier League leaders have won nine consecutive away league games by an aggregate score of 24-3, keeping a clean sheet on six occasions in the process. In fact, the visitors have registered a shutout in the division-highest 53.33% of their away Premier League matches this season (8/15). Notably, City have come out victorious in their last 14 top-flight games held on Wednesdays. 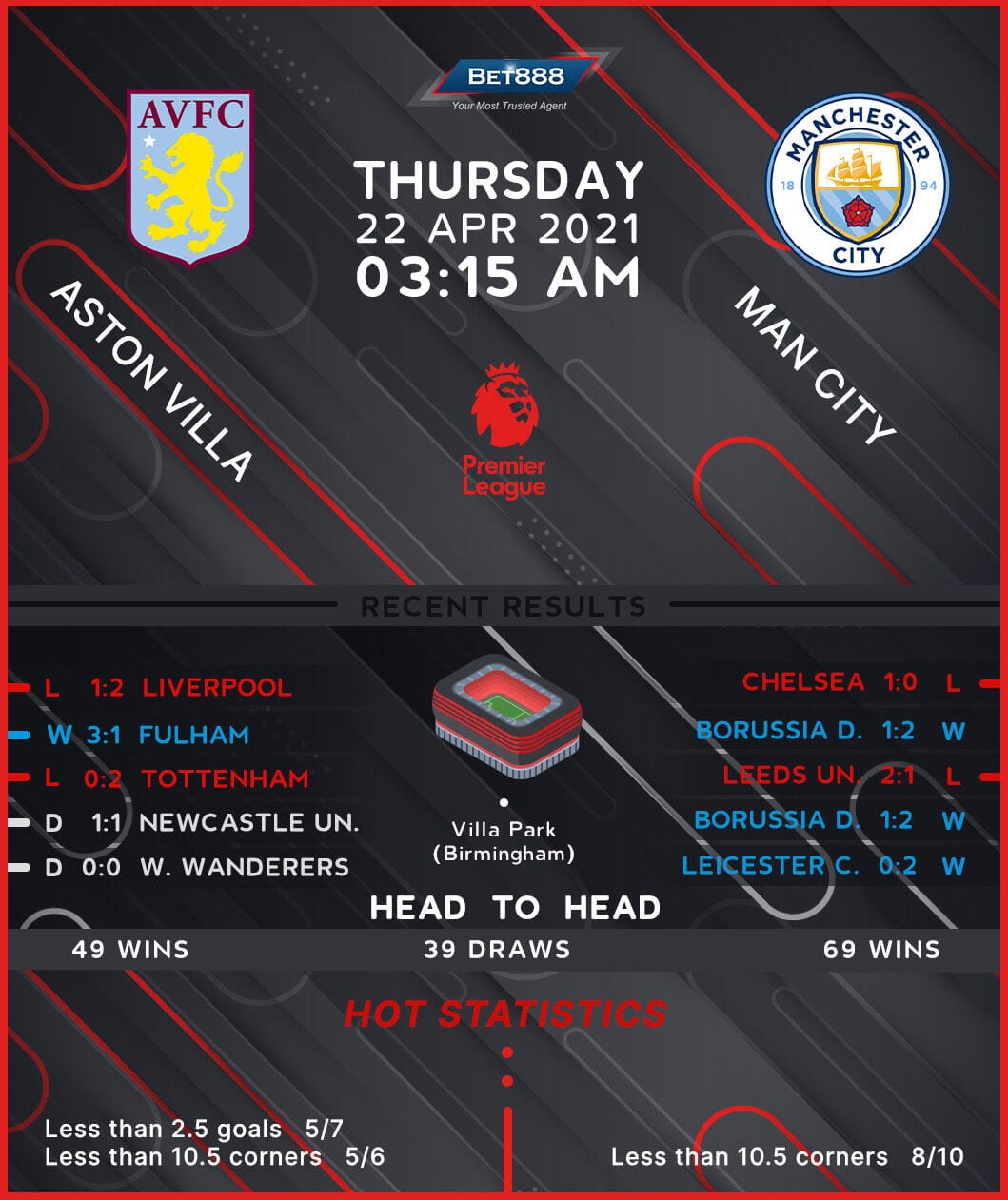