Villa will have an immediate opportunity to claim revenge on Man United after a 1-0 FA Cup defeat at Old Trafford earlier this week. The ‘Lions’ eked out another narrow 1-0 triumph in the reverse fixture back in September and could now record back-to-back league wins over this opposition for the first time since November 1976. However, to do that, the Midlanders will have to defy their thoroughly disappointing home record against Man United, having failed to win any of their last 22 competitive H2Hs at Villa Park (D7, L15) since a 3-1 victory in August 1995. Consistency has not been Villa’s strong suit under new boss Steven Gerrard, as they’ve suffered four defeats in their last six Premier League matches (W2), falling to a single-goal margin in three of them.

Meanwhile, Manchester United experienced a sluggish start to 2022, succumbing to a 1-0 loss to Wolverhampton on New Year’s Day, ending Ralf Rangnick’s unbeaten touchline start in the Premier League (W3, D1). Despite United’s solid domestic form, they have flattered to deceive under the German boss, netting under 1.5 goals in four of their five league games with Rangnick in the dugout. However, the ‘Red Devils’ are on the cusp of making history, which could inspire their efforts to achieve consistency in the second half of the season. After winning a whopping 299 Premier League matches on hostile turf, Man United could become the first-ever side in England’s top-flight history to reach a 300-win milestone away from home. Scoring first would come in handy, as they’ve won 32 out of the 33 Premier League meetings with Villa when opening the scoring (D1). 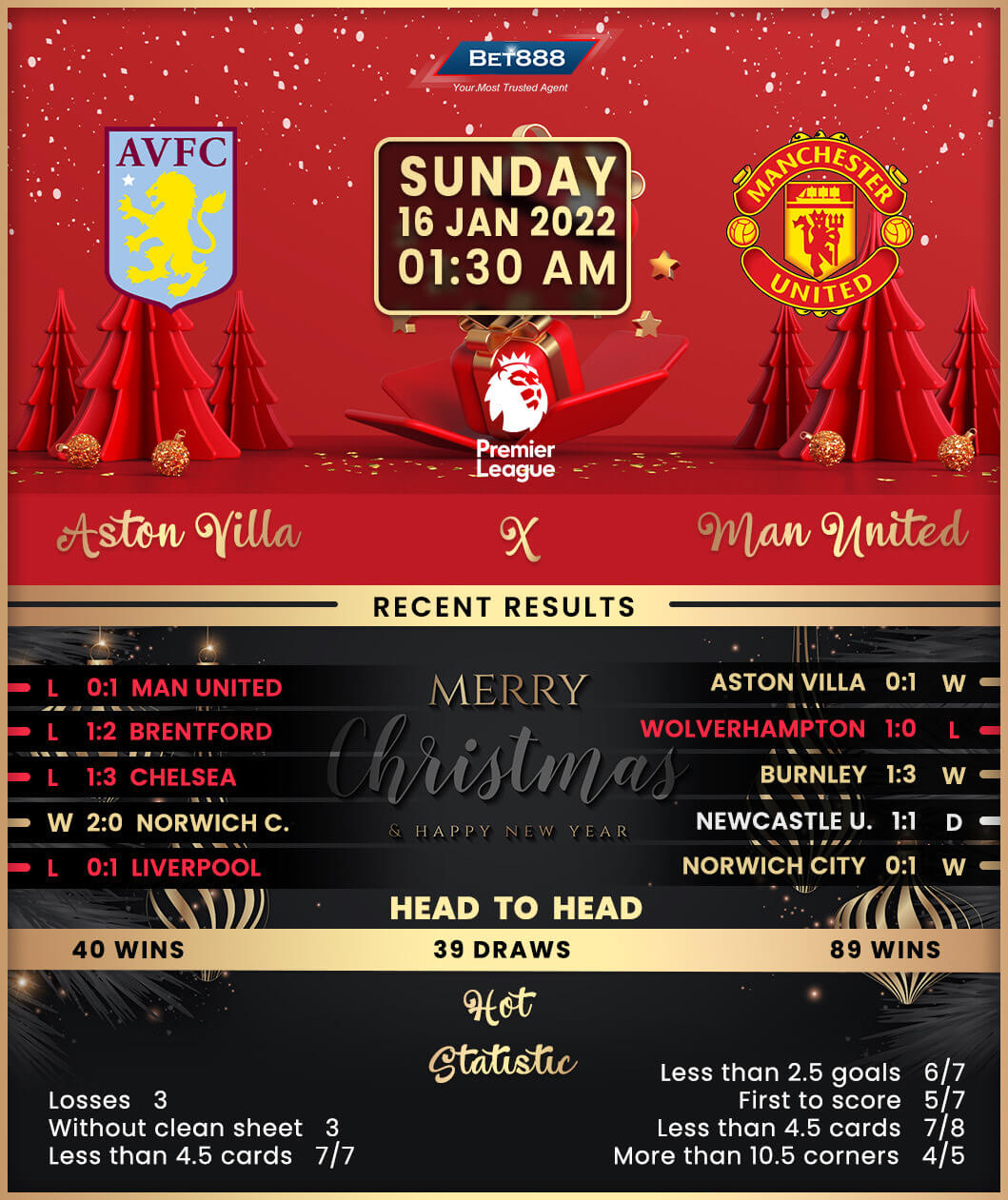