Aston Villa and Tottenham Hotspur go head-to-head at Villa Park in a potentially high-scoring Premier League contest. Three of their last four such meetings have seen over 3.5 goals and both teams on the scoresheet.

Aston Villa head into this encounter winless in three competitive games (D1, L2) after winning two straight Premier League fixtures by the same 3-0 scoreline beforehand. On the flip side, however, the ‘Lions’ have gone from three home Premier League defeats in a row to back-to-back unbeaten such matches (W1, D1). Interestingly, four of Villa’s last five home Premier League clashes won/lost (W2, L3) have seen the victor find the net in the opening 21 minutes of the second half and score over 2.5 total goals. Encouragingly, though, Dean Smith’s men have kept more Premier League clean sheets (8) than any other side, boasting the division’s third-best defensive record of just 16 goals conceded in their opening 15 league outings. However, Aston Villa have lost their last five top-flight H2Hs at this venue, letting in over 1.5 goals in each.

After winning their last three competitive matches by an aggregate 10-0 score, Tottenham will be looking to extend their winning Premier League streak versus Aston Villa to five games. However, the ‘Spurs’ have failed to win any of their four previous away league fixtures (D3, L1), scoring under 1.5 goals on each occasion. Curiously, though, quick-start Tottenham have netted the opening goal (if any) in four of their six previous Premier League trips, but the last two league matches in which they conceded the first goal, they lost. None of the seven top-flight games in which Jose Mourinho’s men shipped the opener have ended in a draw (W2, L5). Late action is on the cards as well, considering that seven (87.5%) of Tottenham’s eight away Premier League clashes this season have featured at least one goal beyond the 75th minute. 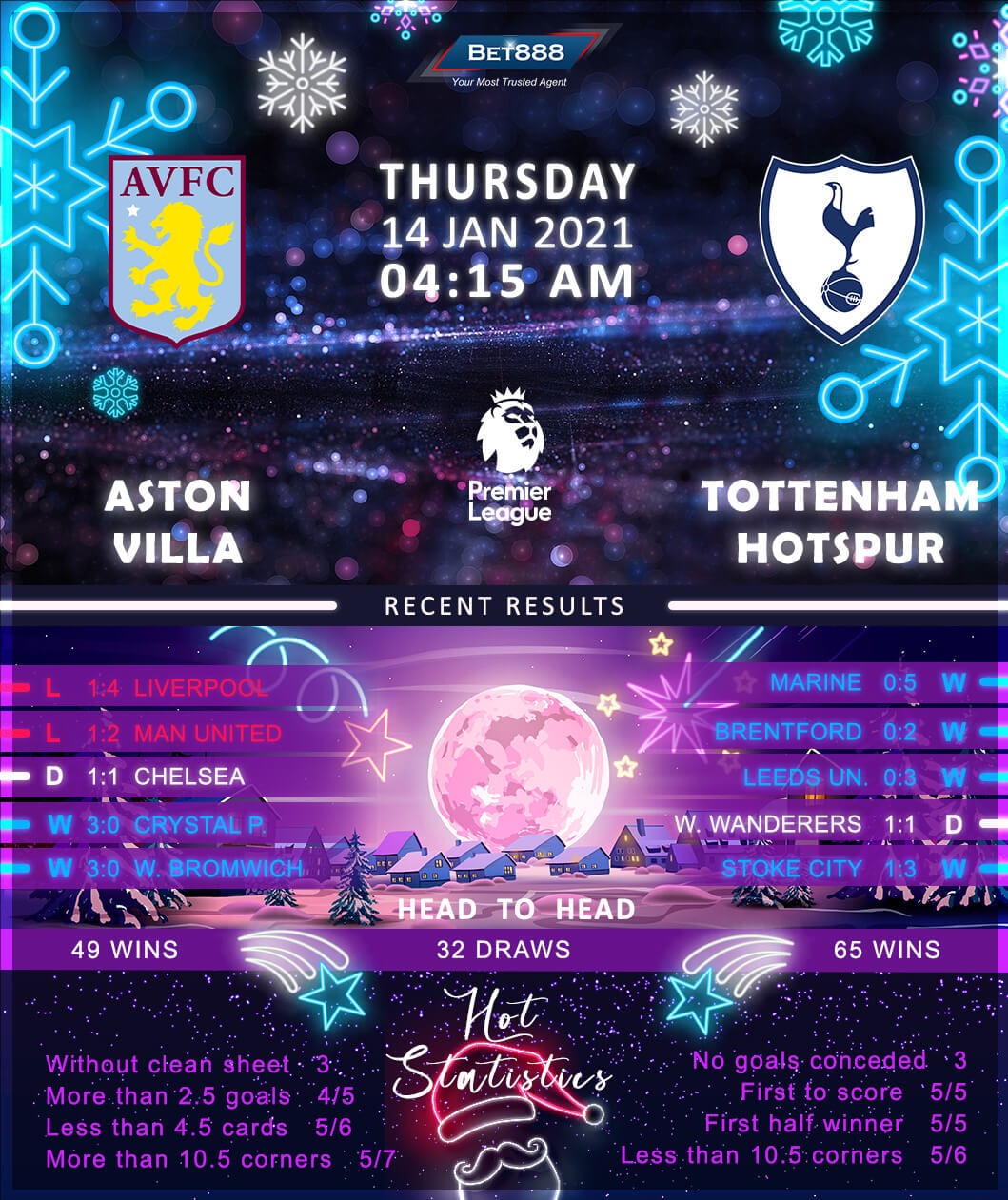