Tottenham Hotspur can all but solidify their position in the Premier League top-seven race with a win against Aston Villa at Villa Park in the penultimate round of the season this midweek.

Since being appointed in interim charge of Tottenham in late April, Ryan Mason has won three of his four Premier League games, barring a disastrous 3-1 defeat at Leeds United on Matchday 35. At home, the ‘Spurs’ have accrued six victories in seven Premier League matches (L1), winning the last three in a row by an aggregate score of 8-1. Tottenham must relish the prospect of facing Aston Villa at this stage of the season, having come out victorious in six of their last seven top-flight H2Hs as hosts (L1). Following their 2-0 win at Villa Park in the reverse fixture in late March, the Londoners are looking to register their seventh league double of Villa and third on the bounce. Tottenham have lost their final home league game just once in the last 12 campaigns (W10, D1).

In the meantime, Aston Villa’s indifferent form has seen them pick up just a single win from their last seven Premier League outings (D2, L4), conceding 2+ goals on five occasions in that period. Despite their recent league wobble, the visitors have been a fun team to watch away from home lately, with each of their last three Premier League trips seeing over 2.5 goals and both teams on the scoresheet. Alarmingly, though, the ‘Lions’ have generated just a single triumph in their final away league game across the last 18 seasons (D7, L10), courtesy of a 2-1 win against Arsenal in 2010/11. Furthermore, Dean Smith’s men now face a formidable challenge in the shape of a Tottenham side they have lost to in 12 of their last 13 encounters in all competitions (W1). 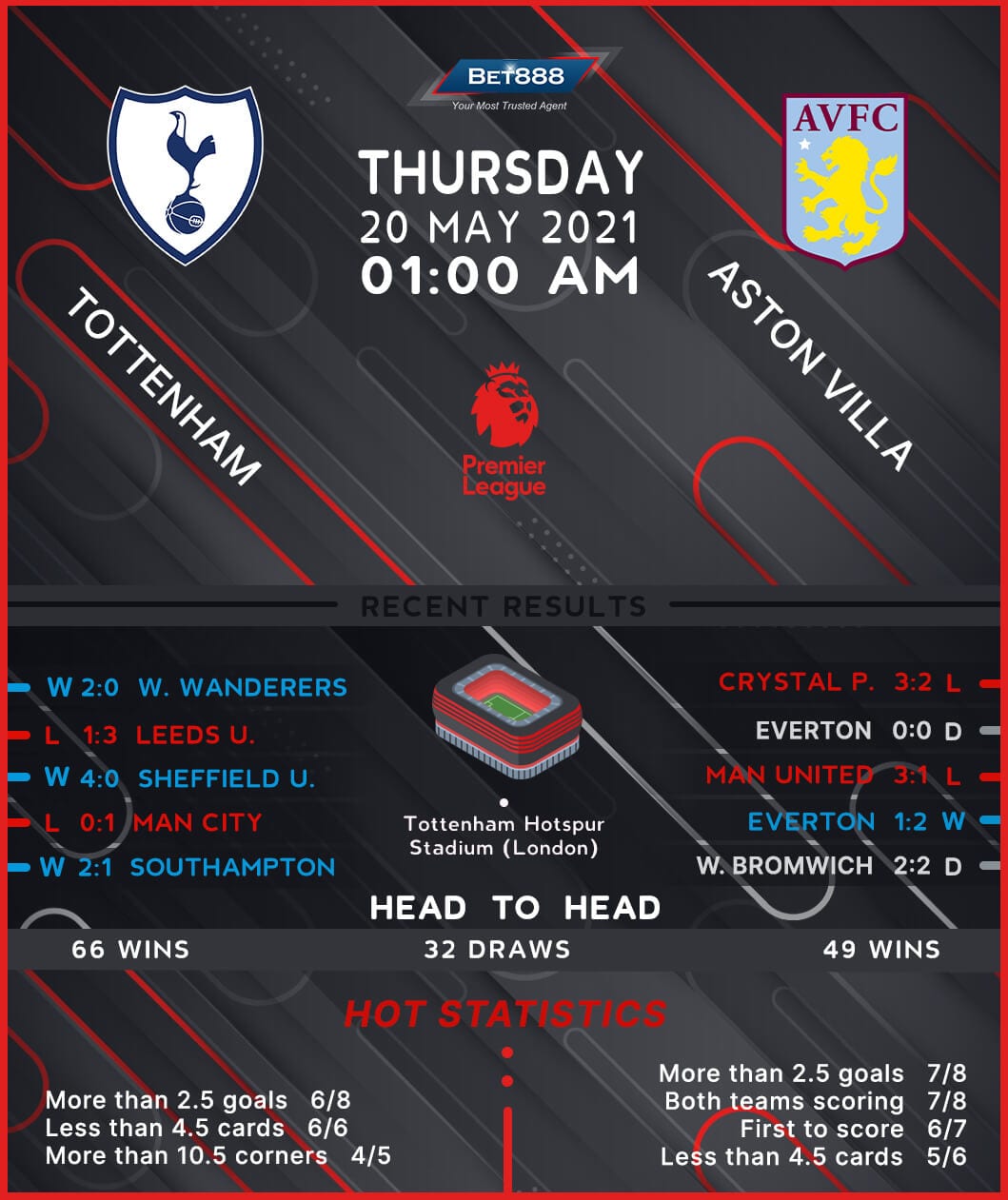