Aston Villa and West Bromwich Albion will square off at Villa Park in a potentially low-scoring Premier League affair. Their last three top-flight H2Hs have seen one or both sides fail to score, with two of them featuring under 1.5 total goals.

Despite John McGinn’s 1st-minute opener, Aston Villa succumbed to a 2-1 home defeat to Manchester City in midweek, as they’ve now failed to win six of their last seven Premier League fixtures (D2, L4). Villa’s matches in that seven-game sequence were notably tight as six saw the teams separated at full-time by under 1.5 goals, with the last three witnessing 3+ goals and both teams scoring. Following an overwhelming 3-0 victory at The Hawthorns in the reverse fixture, Villa are looking to complete a league double over WBA for the first time since 2008/09. Notably, Dean Smith’s men have won each of their last three Premier League meetings with newly-promoted sides, returning a +6 goal difference from those successes (GF:7, GA:1). But a lack of ruthlessness in the attacking third has seen the ‘Lions’ net under 1.5 goals in six of their last seven home league outings.

Meanwhile, West Brom suffered a disastrous 3-0 away loss to Leicester City last time out after securing back-to-back three-goal triumphs over Chelsea and Southampton beforehand. The ‘Baggies’ are not enjoying playing on Sundays, as evidenced by the fact they have picked up just a single victory in their last 17 Premier League fixtures held on the first day of the weekend (D5, L11), losing six of nine this season (D3). Slow-starting visitors have conceded the opening goal in the joint-high 12 Premier League trips this term, ending up on the winning side only once across such contests (W1, D3, L8). Late action has been at a premium in WBA’s away league matches this season as only 25% of them have seen a goal scored inside the final 15 minutes of play. 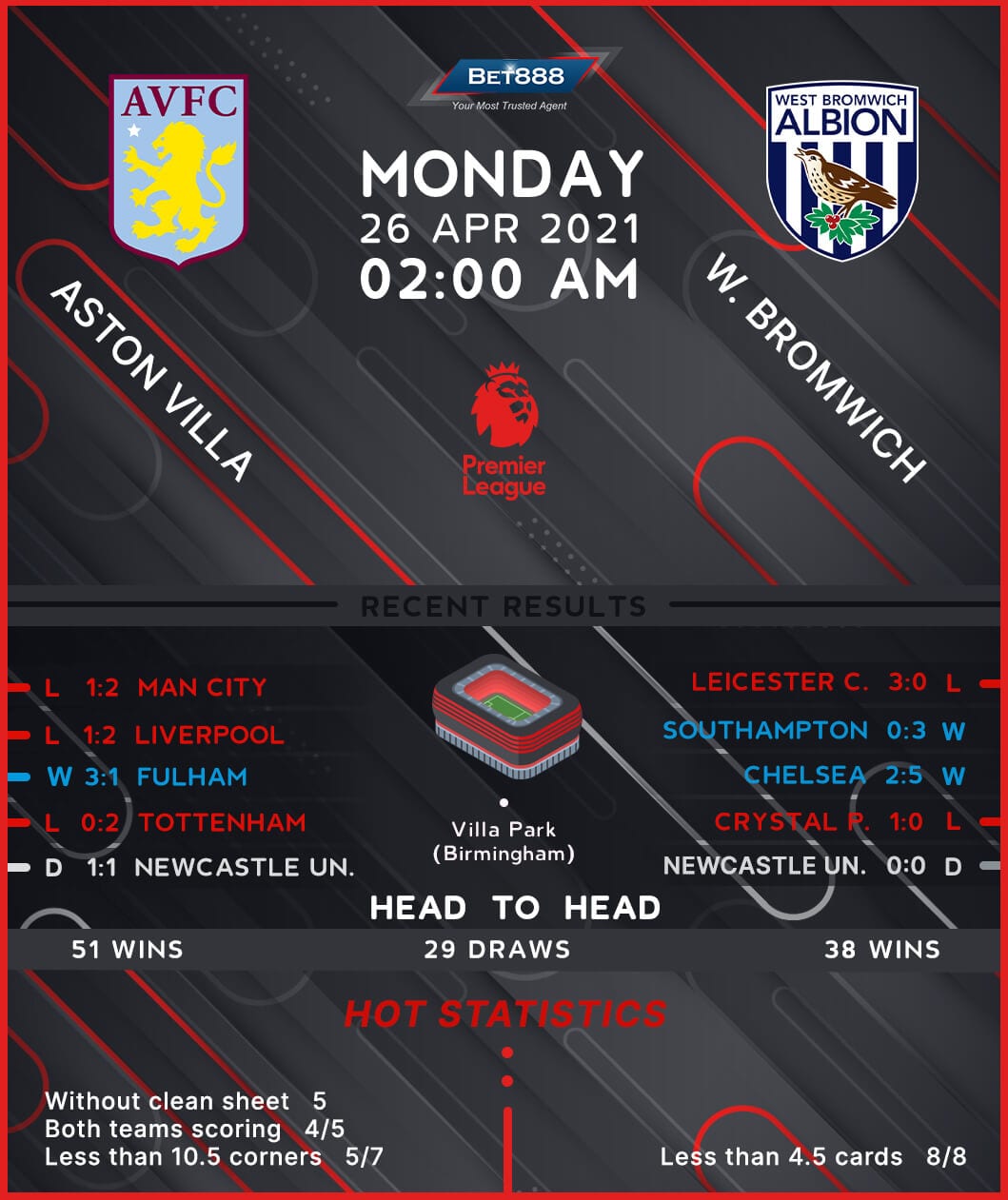