Aston Villa and West Ham United are set to face off at Villa Park in a potentially low-scoring Premier League contest. All but one of their last nine top-flight meetings have featured under 2.5 goals.

A narrow 1-0 away win at Southampton at the weekend means Aston Villa have been alternating between a win and a loss in their last four Premier League matches (W2, L2), with three of those results (win/loss) seeing the victor keep a clean sheet. Notably, the ‘Lions’ have registered a shutout in each of their last three Premier League home outings (W2, D1) after conceding over 1.5 goals per game in four consecutive such fixtures beforehand. However, Aston Villa have failed to beat West Ham in any of their last five Premier League meetings (D3, L2) and have lost 15 of their previous 17 top-flight matches in February (W1, D1). Losing the first half may put Dean Smith’s men in an irreparable situation, considering they have lost three of the four Premier League games when trailing at half-time this season (D1).

Meanwhile, a 3-1 home loss to Liverpool last time out saw West Ham’s four-game winning run in the Premier League come to a halt. The clean sheet could be a theme in this encounter, as four of the visitors’ previous six away league matches have seen one or both sides fail to get on the scoresheet (W4, D1, L1). But, the high-octane first half is well on the table, given that 60% of their away Premier League games this season have featured over 1.5 goals before half-time. Topically, six of West Ham’s ten top-flight trips have seen the opener scored within 15 minutes of play. Even if the ‘Hammers’ concede the opening goal, they should have the ability to grind out a result, rescuing the division’s second-best seven away points when shipping the first goal on the road this Premier League campaign (GP:5 – W2, D1, L2). 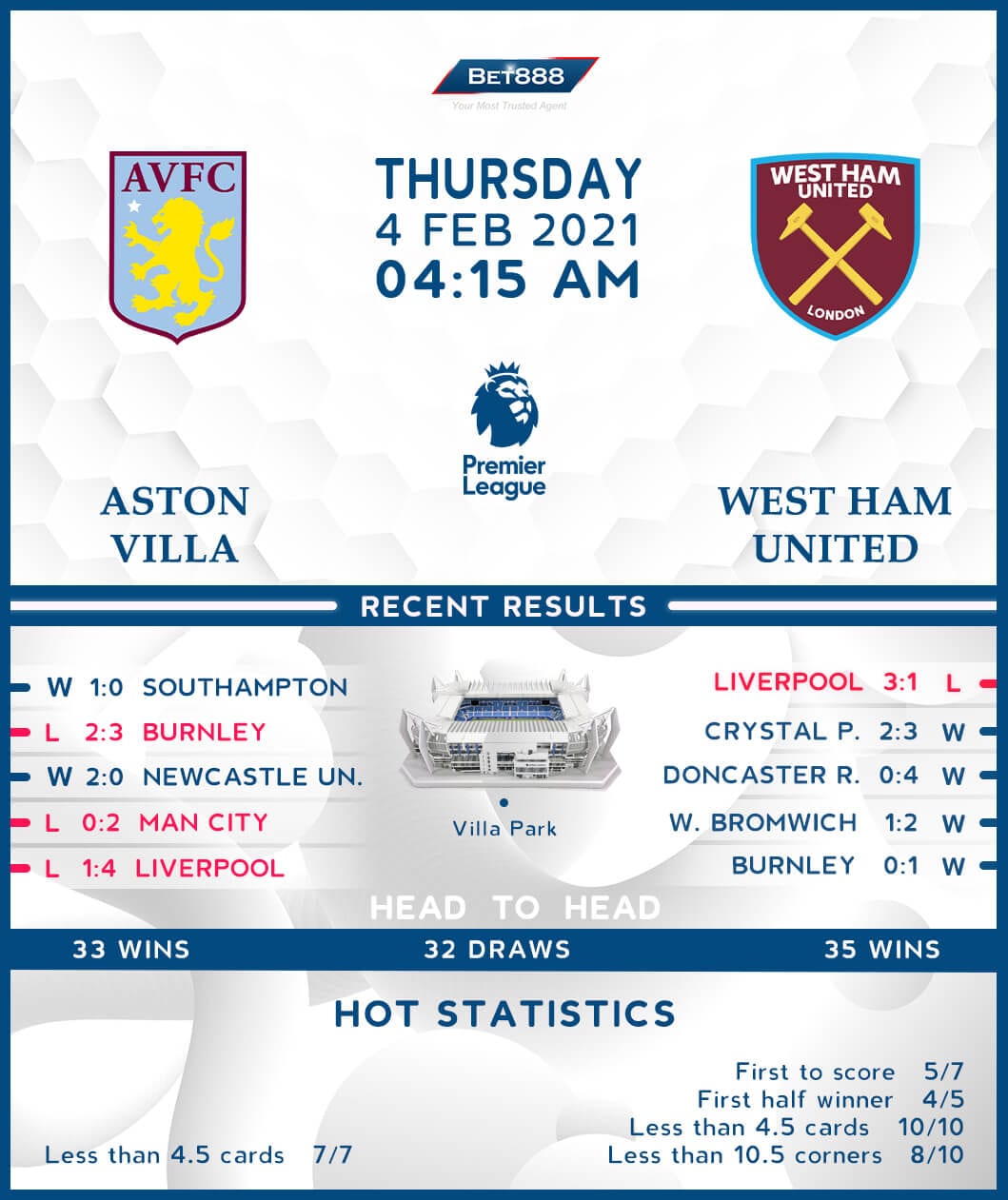