Villa Park is the venue as Aston Villa and Wolverhampton Wanderers go head-to-head in a mid-table Premier League showdown.

Aston Villa’s Premier League wobble continued in the midweek as they succumbed to a dismal 1-0 away loss at Sheffield United, which means that each of their last five league matches has featured a full-time margin of under 1.5 goals (W2, D1, L2). The ‘clean-sheet’ theme remains significant in the context of Villa’s Premier League games preceding this encounter, as seven of the last ten have seen one or both sides fail to get on the scoresheet. At home, Dean Smith’s men have alternated a win with a defeat in their last four Premier League outings (W2, L2), keeping a clean sheet in both victories while conceding 2+ goals in each loss. After pulling out a narrow 1-0 triumph in the reverse fixture back in December 2020, the ‘Lions’ are now staring at the prospect of claiming a league double over Wolves for the first time since 2003/04.

Meanwhile, the visitors have endured a dip in form, going from back-to-back Premier League victories to two consecutive matches without winning (D1, L1), as they continue to reside in the wrong half of the table. Wolves have largely failed to impress away from home lately, picking up just a single win in their last nine Premier League games (D3, L5). Adding to their misery, Nuno Espirito Santo’s side netted over 1.5 goals only twice across that nine-match sequence. Curiously, the ‘Wanderers’ head into this encounter as one of just two teams yet to win a Premier League fixture on Saturday this season. It is also worth noting that Wolves have shipped 23 goals on the road this Premier League campaign, already two more than they did away from home in the entire 2019/20. Particularly vulnerable after half-time, they have registered 65.22% of their away league goals conceded this term in the second half of play (15/23). 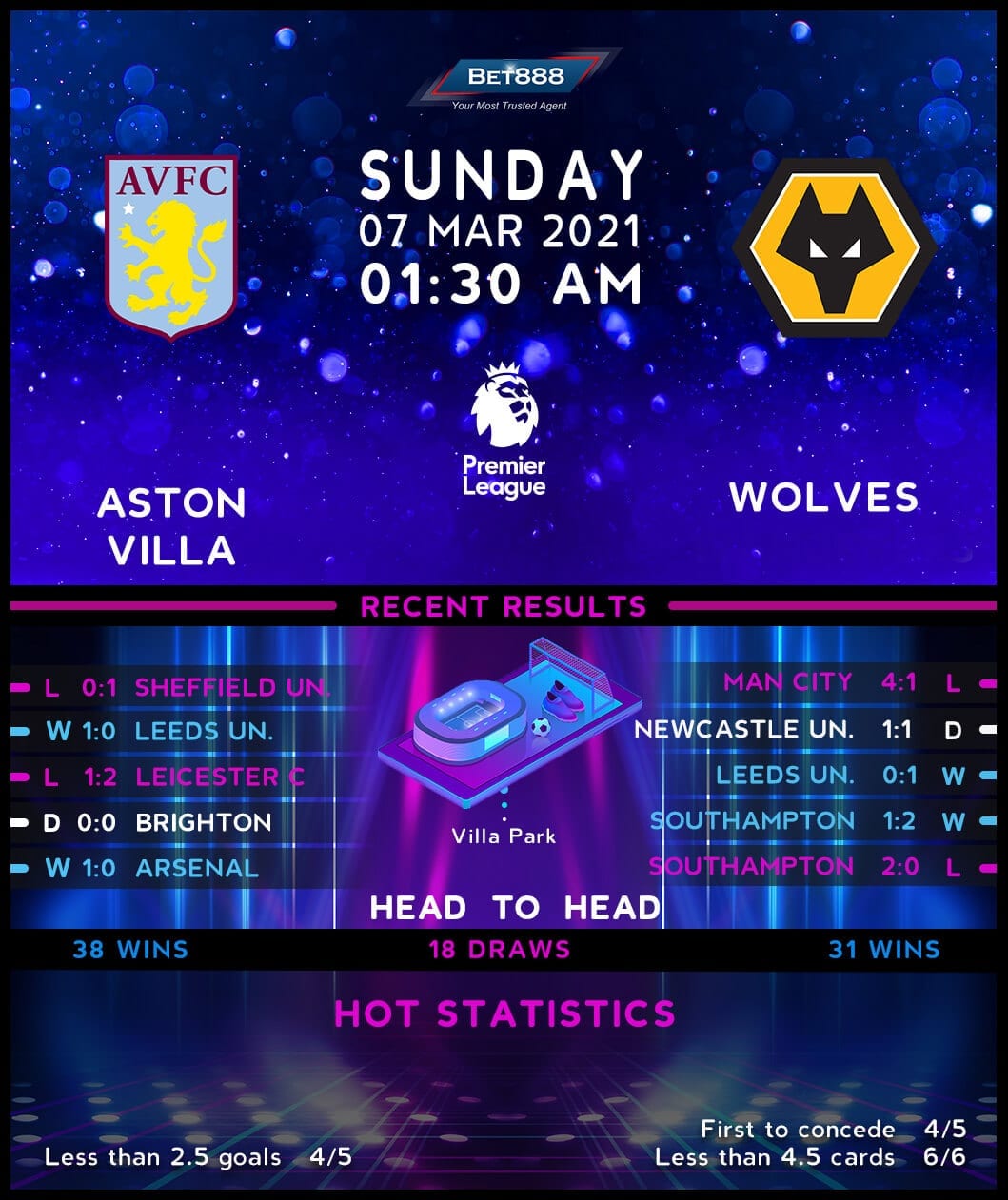