Atalanta play host to Cagliari at the Gewiss Stadium as the two sides battle it out in the Coppa Italia Round of 16.

It’s been a ferocious start to the new calendar year for Atalanta, as they’ve won each of their opening three competitive games of 2021 by at least a three-goal margin. As a result, ‘La Dea’ are now unbeaten in nine straight fixtures across all competitions (W6, D3), notching up an average of 2.66 goals per match in this sequence. What’s more, Gian Piero Gasperini’s men have won their last four competitive home games by a full-time margin of at least three goals, netting over 1.5 second-half goals in each. It’s also worth noting that Atalanta hammered Cagliari 5-2 when the two teams met in Serie A earlier this season, therein scored over 1.5 goals against the Sardinians for the first time after three failed attempts.

Meanwhile, Eusebio Di Francesco’s men take the field after suffering four consecutive defeats in Serie A, drawing a blank in the first half three times in the process. In fact, Cagliari’s last competitive success dates back to November 2020 when they outscored Hellas Verona 2-1 in the previous Coppa Italia round. Since then, it’s been four draws and five defeats for ‘Gli Isolani,’ who have netted 2+ goals in only two of those nine games. Going back to the beginning of July 2020, Cagliari have claimed just one victory in 14 away matches in Serie A (D5, L8), scoring under 1.5 goals in 71.43% of them. On the flip side, though, the Sardinian visitors have picked up three wins in their last four competitive trips to Bergamo (L1), scoring precisely twice per game on three occasions too. 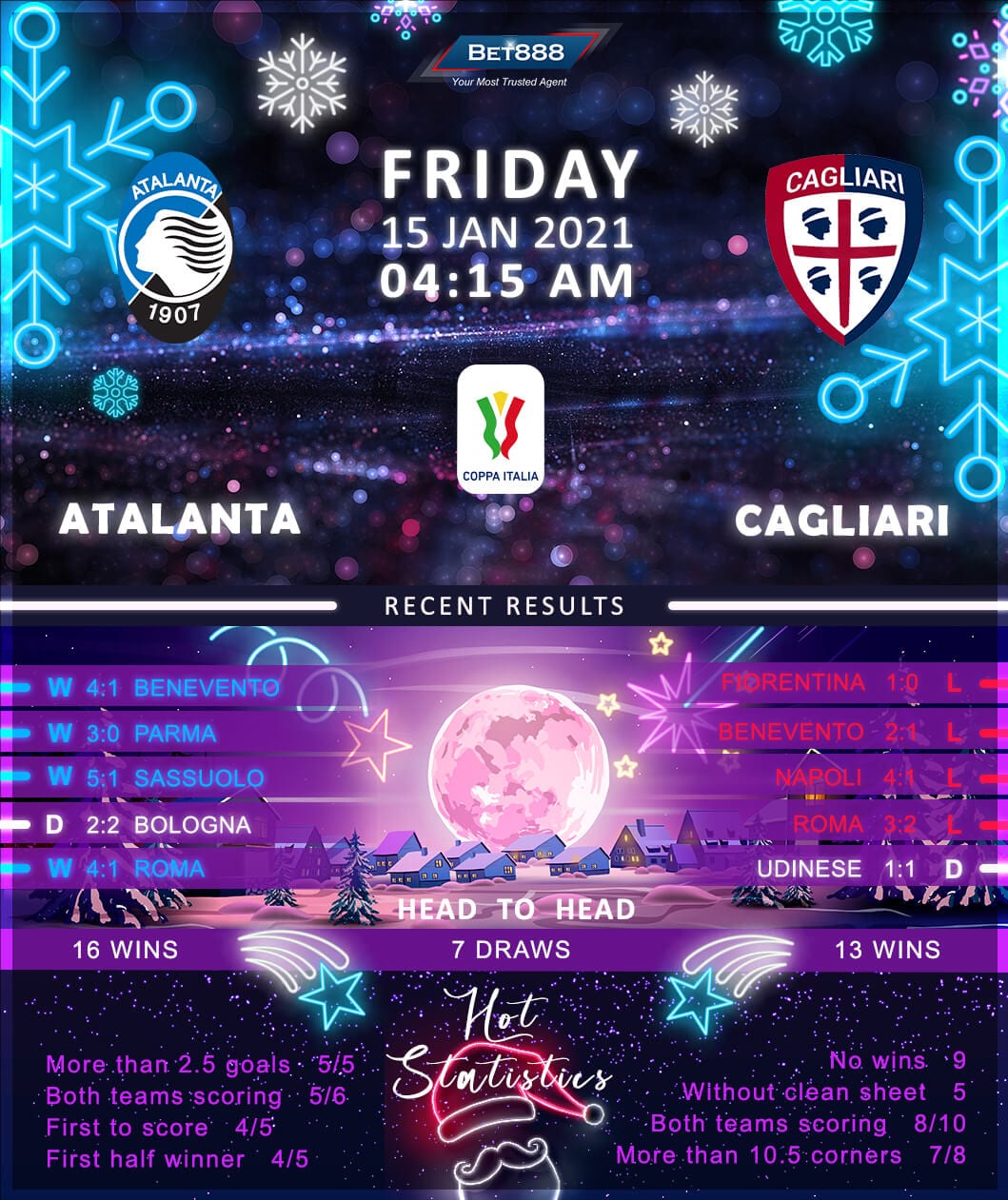