The two teams that have had identical returns from their last two Serie A games (D1, L1) meet at the Gewiss Stadium as Atalanta take on Fiorentina.

The hosts are going through a rough time, as they take the field after winning only one of their last six league fixtures (W1, D2), with that sole success coming against rock-bottom Crotone. However, Atalanta have lost just one of their eight previous Serie A meetings with Fiorentina (W2, D5) and are unbeaten in four of their last top-flight H2Hs held in Bergamo (W1, D3). Yet, ‘La Dea’ have failed to keep a clean sheet in three of their previous such matches, which has been the case in each of their seven competitive home outings this season. At the other end of the pitch, Gian Piero Gasperini’s men have scored under 1.5 goals in three consecutive home Serie A games (D1, L2) since beating Cagliari 5-2 on Matchday 3.

Meanwhile, Fiorentina have racked up just two points in five Serie A matches since the beginning of November (D2, L3), netting only one goal across that sequence. Also, all of those five games have featured under 2.5 total goals, with four seeing at least one goalless half. What’s more, ‘La Viola’ head into this encounter as one of three sides yet to taste victory away from home this season (D2, L3), drawing a blank in each of their last three league trips. Cesare Prandelli’s men have also been struggling defensively, conceding over 1.5 goals in four of their five away Serie A fixtures so far. It will be a daunting task for Fiorentina to improve that record here, as they have shipped 2+ match goals in their last three competitive trips to Atalanta (L3). 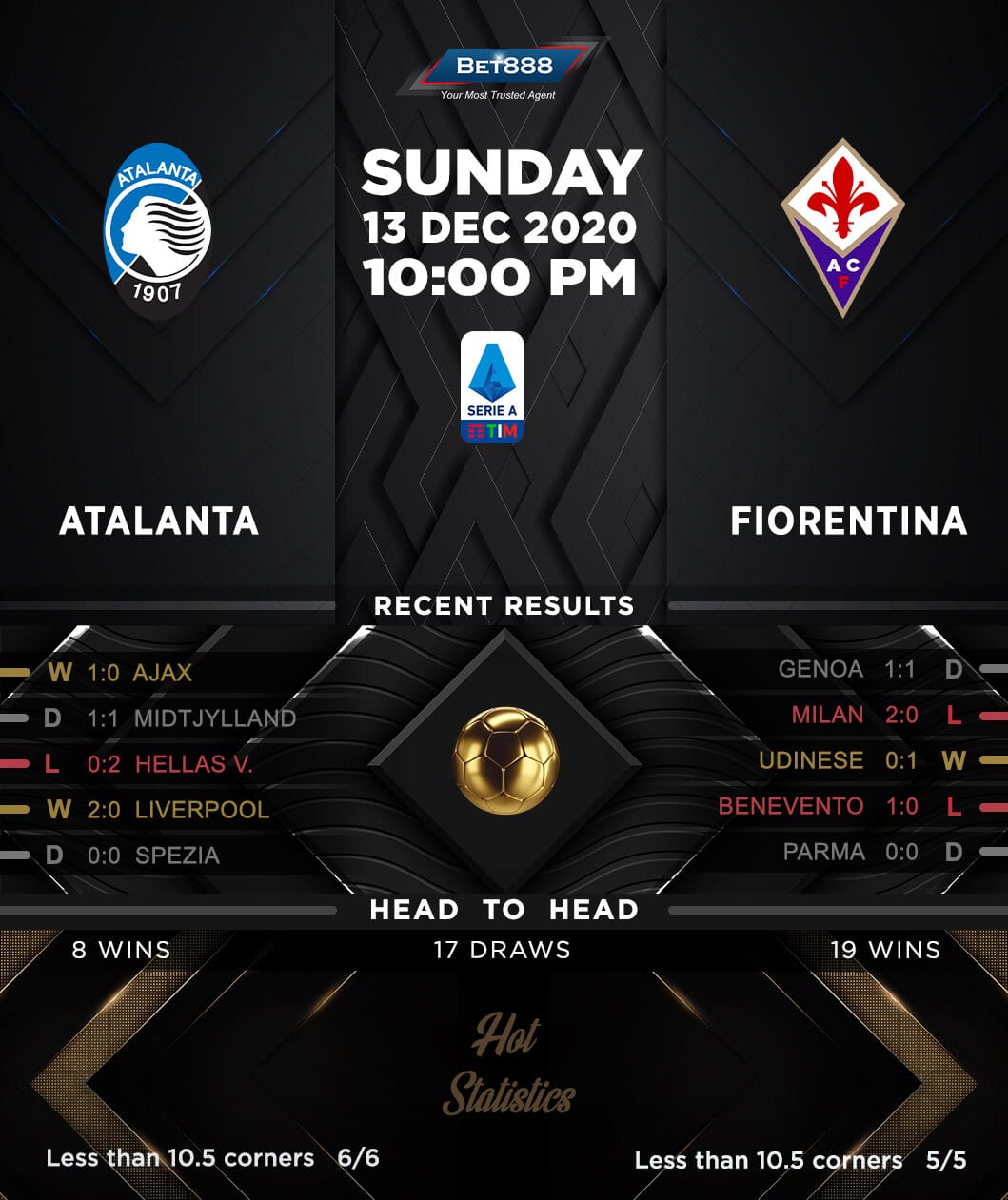