Atalanta and Juventus go head-to-head at the Gewiss Stadium in a massive Serie A top-four six-pointer.

Warming up for this fixture, Atalanta have racked up a four-match winning streak in Serie A, scoring precisely three goals in three of those victories. After eking out a 3-2 triumph at Fiorentina last time out, ‘La Dea’ can post five consecutive Serie A wins for the first time this season, albeit they have only defeated Juventus once in their previous five competitive H2Hs in Bergamo (D4, L1). However, Gian Piero Gasperini’s men have won their last four home Serie A matches by an aggregate score of 15-6, notably scoring 3+ goals in five straight league games here. In fact, the hosts are the only side in the Italian top-flight to smash a 40-goal barrier at home this season (41 goals scored), netting a resounding 27 second-half goals in the process.

Meanwhile, Juventus have claimed back-to-back Serie A wins ahead of the kick-off, winning the first half ‘to nil’ but conceding precisely once in the second 45 minutes on each occasion. Notably, the perennial Italian champions have scored 2+ goals in each of their last seven top-flight visits to Bergamo, avoiding defeat in all (W4, D3). That statistic comes in handy considering Andrea Pirlo’s men have picked up just a single victory in their last four away Serie A matches (D2, L1). Juventus’ first-half woes have seen them register two-thirds of their total away Serie A goals conceded this term before half-time (9/15). Indeed, action-packed first-half football has highlighted Juve’s league trips this season, as 57.14% have featured over 1.5 first-half goals. Worryingly, though, ‘I Bianconeri’ have lost two of their three Serie A games on the road in which they were behind at half-time (D1). 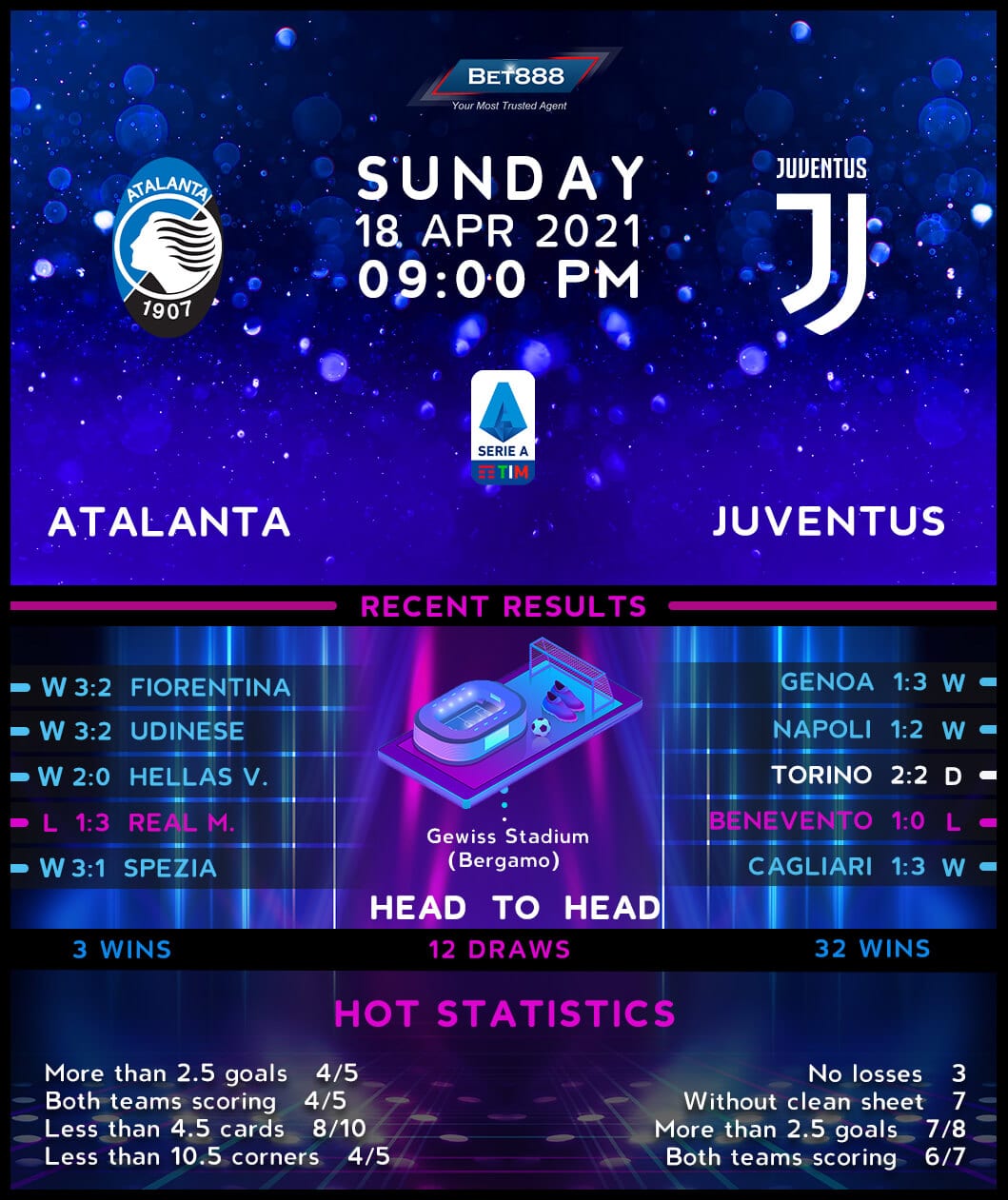