Fresh from dismantling AC Milan 3-0 in the Serie A weekend, Atalanta will be looking to keep the momentum going when they meet Lazio at the Gewiss Stadium in the Coppa Italia quarter-finals.

Atalanta will be full of confidence about reaching the Copa Italia semis, as they take the field after racking up a 13-game unbeaten run in all competitions (W8, D5). Notably, Gian Piero Gasperini seems to have managed to shore up his team’s defensive issues, as ‘La Dea’ have conceded one goal or less in 12 of their last 13 competitive outings! Prolific as usual, Atalanta have scored over 2.5 goals in five of their seven previous games in all competitions, mustering a total of 19! In Bergamo, the hosts had netted 3+ goals per match in five consecutive games before being held to a dismal goalless draw to Genoa a fortnight ago. In turn, they have scored precisely three goals per game in three of their last five competitive meetings with Lazio at this venue!

Meanwhile, Lazio have hit the purple patch since the turn of the year (W5, D1), putting together five competitive victories ahead of the kick-off. Curiously, three of their five wins in 2021 have come by the identical 2-1 scoreline, with ‘I Biancocelesti’ getting on the scoresheet within 25 minutes on each occasion. However, Simone Inzaghi’s men have picked up only one triumph in their last four away matches (D2, L1), three of which featured under 2.5 total goals. What’s more, Lazio have failed to keep a clean sheet in five of their previous six competitive trips, though they did manage to restrict their opponents to precisely one goal in four of them. The ‘blank-sheet’ theme appears to be well off the table, considering they have conceded at least once in seven of their last eight competitive trips to Atalanta. 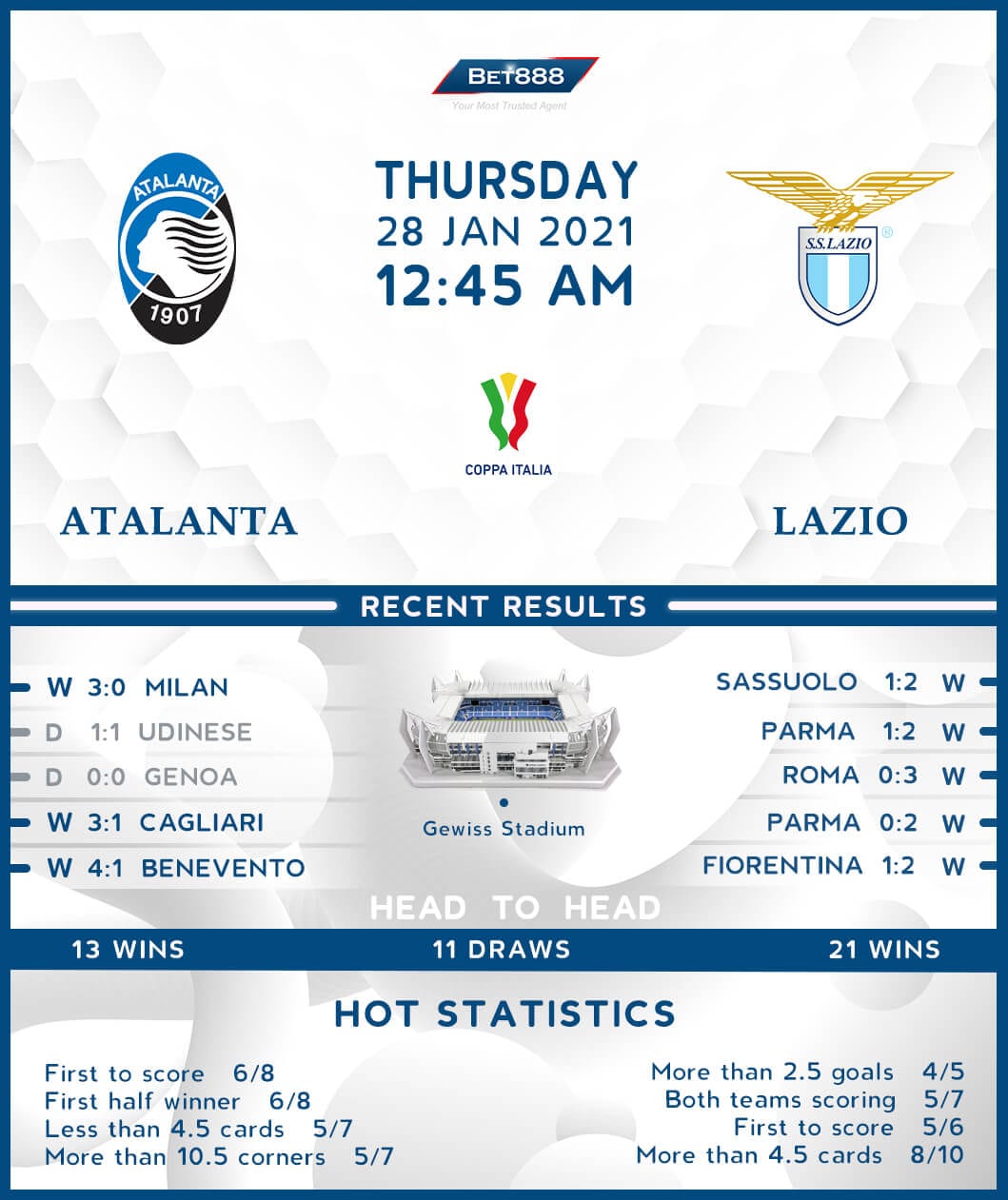