After drawing 0-0 in the first leg of their Coppa Italia semi-finals tie, Atalanta and Napoli will have everything to play for at the Gewiss Stadium this midweek.

Atalanta blew up a three-goal lead against Torino in the Serie A weekend (3-3 draw), stretching their unbeaten run in all competitions to three games (D2, L1). However, ‘La Dea’ have only lost one of their last ten competitive home matches (W6, D3), scoring over 2.5 goals on seven occasions in that time. Interestingly, five of Atalanta’s last six goals scored on home soil have come before the 40-minute mark, highlighting the potential for plenty of early action. Yet, their defensive woes have seen Gian Piero Gasperini’s side let in 2+ goals in each of their last three competitive home outings, conceding precisely two first-half goals in the previous two. Against this backdrop, Atalanta have kept a clean sheet in half (4) of their last eight competitive home meetings with Napoli.

Meanwhile, Napoli head into this encounter on the back of a dismal 2-1 away defeat to Genoa. It means they’ve lost three of their last six competitive matches (W2, D1), conceding over 1.5 goals per game on four occasions in that run of fixtures. The recent high-scoring theme is underlined by the fact four of their last five competitive away matches have seen over 2.5 goals and both teams on the scoresheet, with three of them featuring 2+ first-half goals. None of Napoli’s last eight away games in all competitions have ended level (W3, L5), with ‘I Partenopei’ losing three such contests on the bounce ahead of this trip. They can still take some confidence from the fact they’ve won three of their previous five visits to Bergamo (L2). 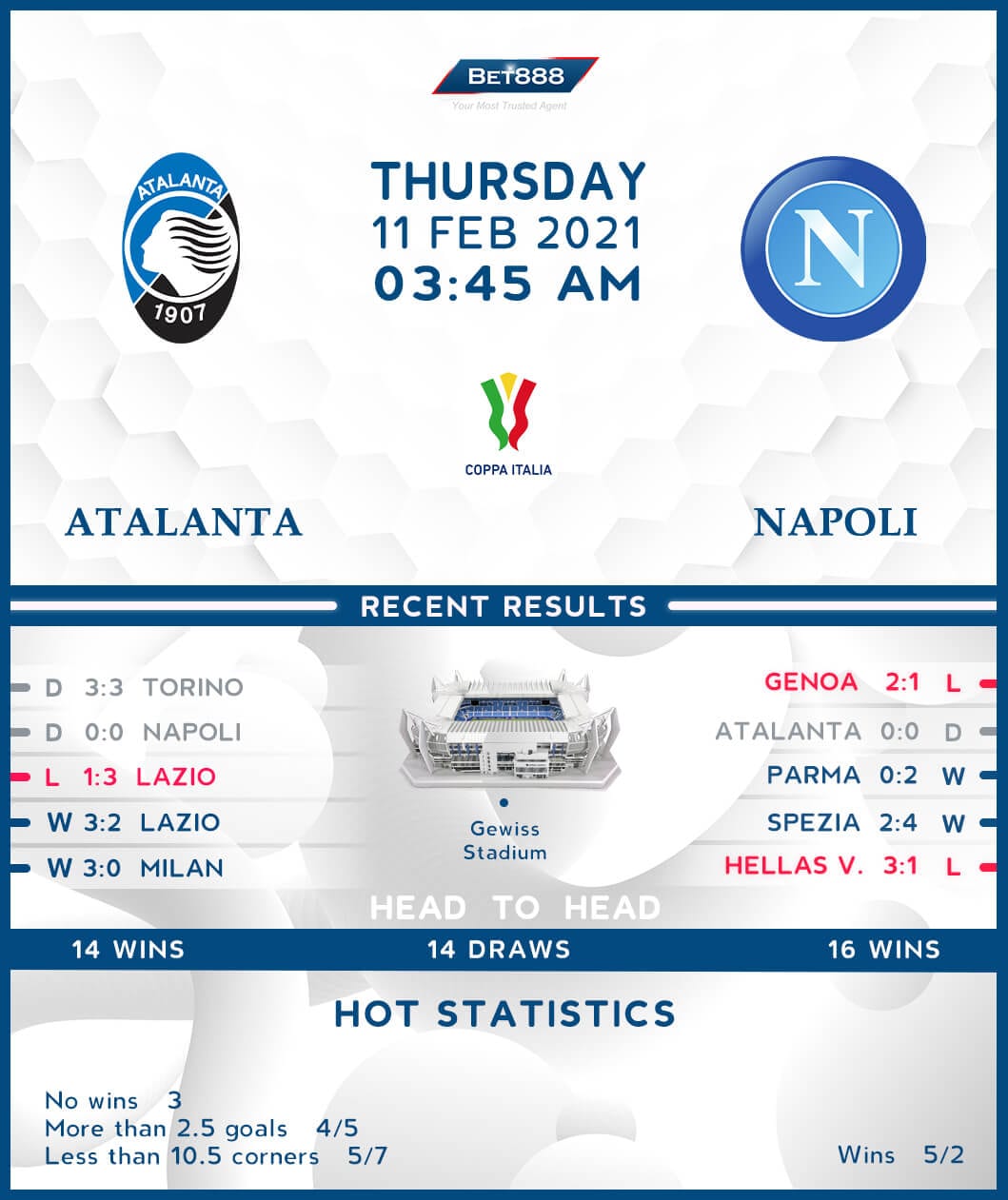