The two sides sharing the same number of points (40) will lock horns at the Gewiss Stadium as Atalanta meet Napoli in an exciting Serie A clash.

Atalanta pulled out a tight 1-0 away win at Cagliari last time out, bringing a two-game winless run in Serie A to a halt (D1, L1). However, ‘La Dea’ have gone three home league matches without winning (D2, L1) after putting together four successive triumphs beforehand. The last time they have failed to win four consecutive Serie A home games was in 2016! Six goals let in across their last two Serie A home games are accounted for 37.5% of their total top-flight goals conceded at home this season (16), which might be an issue against a free-scoring Napoli side. Despite a recent drop-off on home soil, Atalanta can always rely upon devastating firepower up front that has scored an average of 2.36 goals per Serie A home game this term. Late action is well on the cards, as seven (63.64%) of their 11 Serie A home matches have seen a goal scored/conceded beyond the 75th minute.

Meanwhile, a narrow 1-0 win against Juventus last time out sets Napoli in a spot to claim back-to-back Serie A wins for the first time since mid-January, having alternated between a win and a loss across their previous five league matches (W3, L2). Away from home, though, Gennaro Gattuso’s men have experienced a dip in form, going from two consecutive league victories to back-to-back defeats, with each game won/lost in that period seeing the victor concede precisely once. A draw is a seemingly unlikely outcome, as only two of the 12 top-flight meetings between Napoli and Atalanta in Bergamo this millennium have ended level (W4, L6). Topically, ‘I Partenopei’ have drawn a league-low one fixture this entire Serie A campaign (W13, L7), courtesy of a 1-1 stalemate with Torino at home back in December 2020. 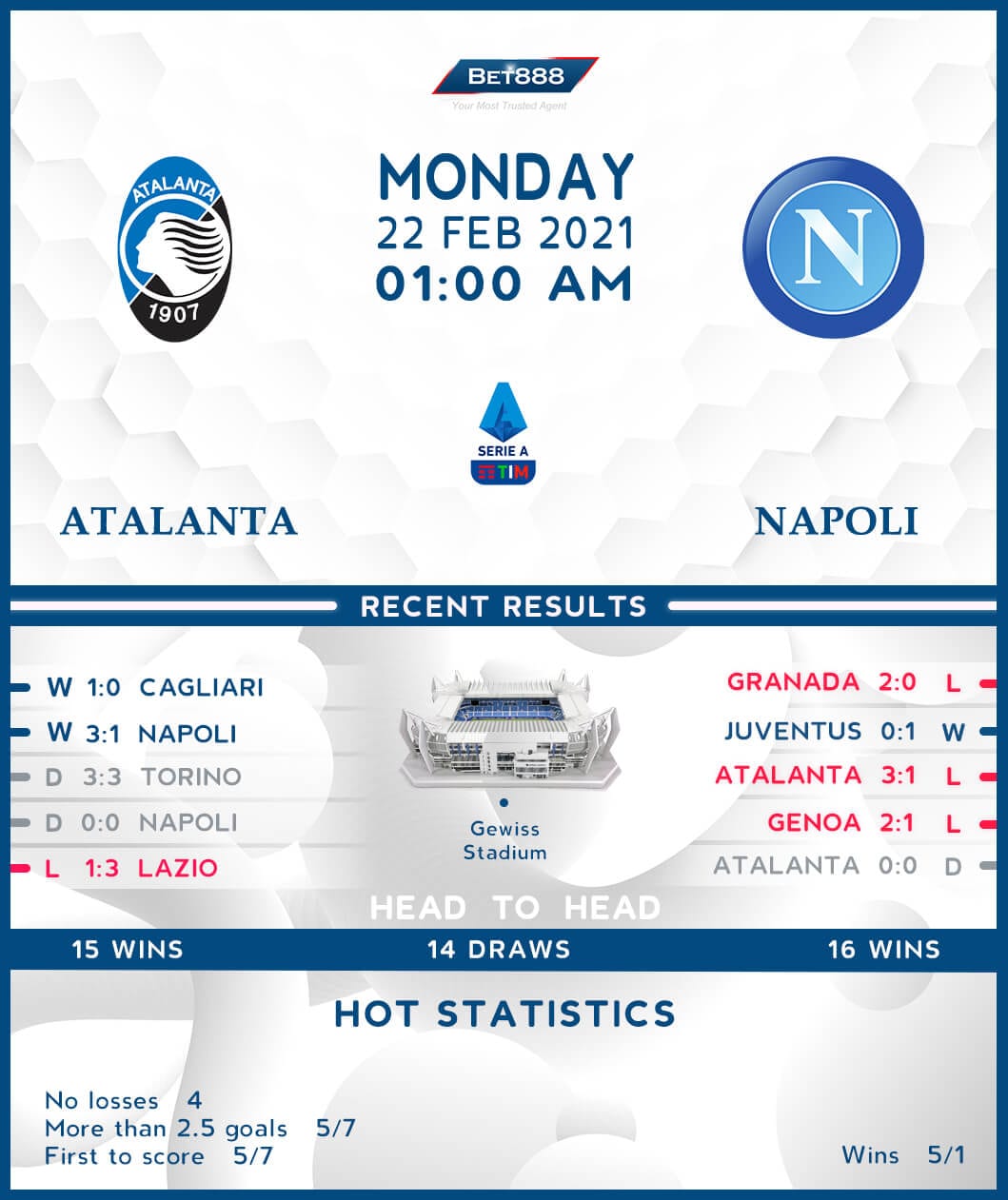