With momentum swinging in their way, Real Madrid travel to the Gewiss Stadium to take on Atalanta in the first leg of their UEFA Champions League last-16 tie.

Atalanta executed a decent Champions League group-stage campaign, finishing runners-up to Liverpool in Group D with a single loss from six matches (W3, D2). Curiously, though, ‘La Dea’ have progressed to the knock-out phase as the only side yet to win a home game this Champions League season (D2, L1). But, it’s been just one defeat in 18 competitive fixtures for Atalanta (W11, D6) since the group stage ended, with Gian Piero Gasperini’s men winning their last three outings by an aggregate scoreline of 8-3. The Serie A giants often step on the gas after half-time, as evidenced by the fact seven of their ten goals scored this Champions League campaign have come in the second half of play. Notably, Atalanta have won both of their only previous UEFA European clashes against Spanish opponents by an aggregate score of 8-4.

Meanwhile, Real Madrid progressed as Group B winners despite failing to win both of their opening Champions League games (D1, L1). Away from home, ‘Los Blancos’ have accrued a win, a draw, and a loss in their three European games this season, with both matches won/lost yielding the identical 2-0 scoreline. Remarkably, the reigning La Liga champions have won each of their last five Champions League games versus Italian hosts, scoring 12 goals while conceding only one in return. Additionally, Real Madrid will be confident of getting on the scoresheet after hitting the net in each of their last 19 European encounters with Serie A sides! Coming into this fixture, Zinedine Zidane’s men have won four consecutive games in all competitions, registering a shutout in each of the last three. 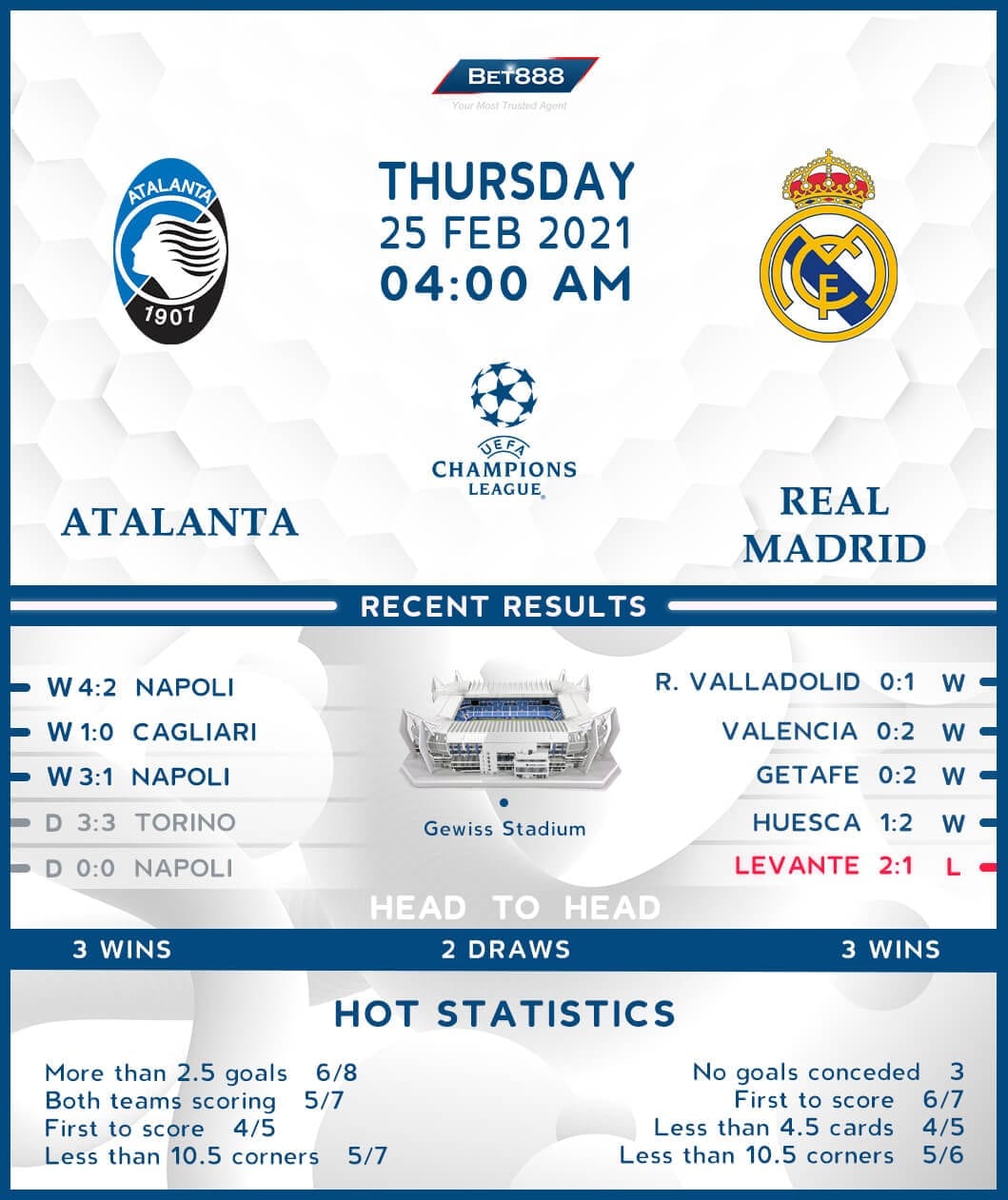