Atalanta and Roma go head-to-head at the Gewiss Stadium in an exciting Serie A match, with both sides looking to establish some consistency in their respective league campaigns.

Atalanta have picked up just one triumph in their last five Serie A outings (D3, L1), scoring one goal or less in all four matches they failed to win in this run. At home, ‘La Dea’ have endured mixed fortunes in their five league games this season (W2, D1, L2), with each of them producing over 1.5 second-half goals. Curiously, they have won both of their home Serie A fixtures in which they scored the first goal but did manage just a single point from the other three matches where they conceded the opener (D1, L2). But, Gian Piero Gasperini’s men have suffered only one defeat in their 11 previous Serie A meetings with Roma (W5, D5), scoring over 1.5 goals per match in the last five.

On the other hand, the visitors have scored over 1.5 first-half goals apiece to win both of their previous Serie A fixtures, reducing the gap on league-toppers AC Milan to four points. ‘I Giallorossi’ have been a fun team to watch on the road lately despite their indifferent form (W2, D1, L1), as each of their last four away Serie A matches has produced over 3.5 goals, with three seeing both teams score. Notably, three of those four abovementioned games have also featured 3+ second-half goals, seeing at least one goal scored beyond the 80th minute. Another high scoring affair is on the cards, as nine of their last ten away Serie A meetings with Atalanta have witnessed both teams score, with eight containing over 2.5 total goals. 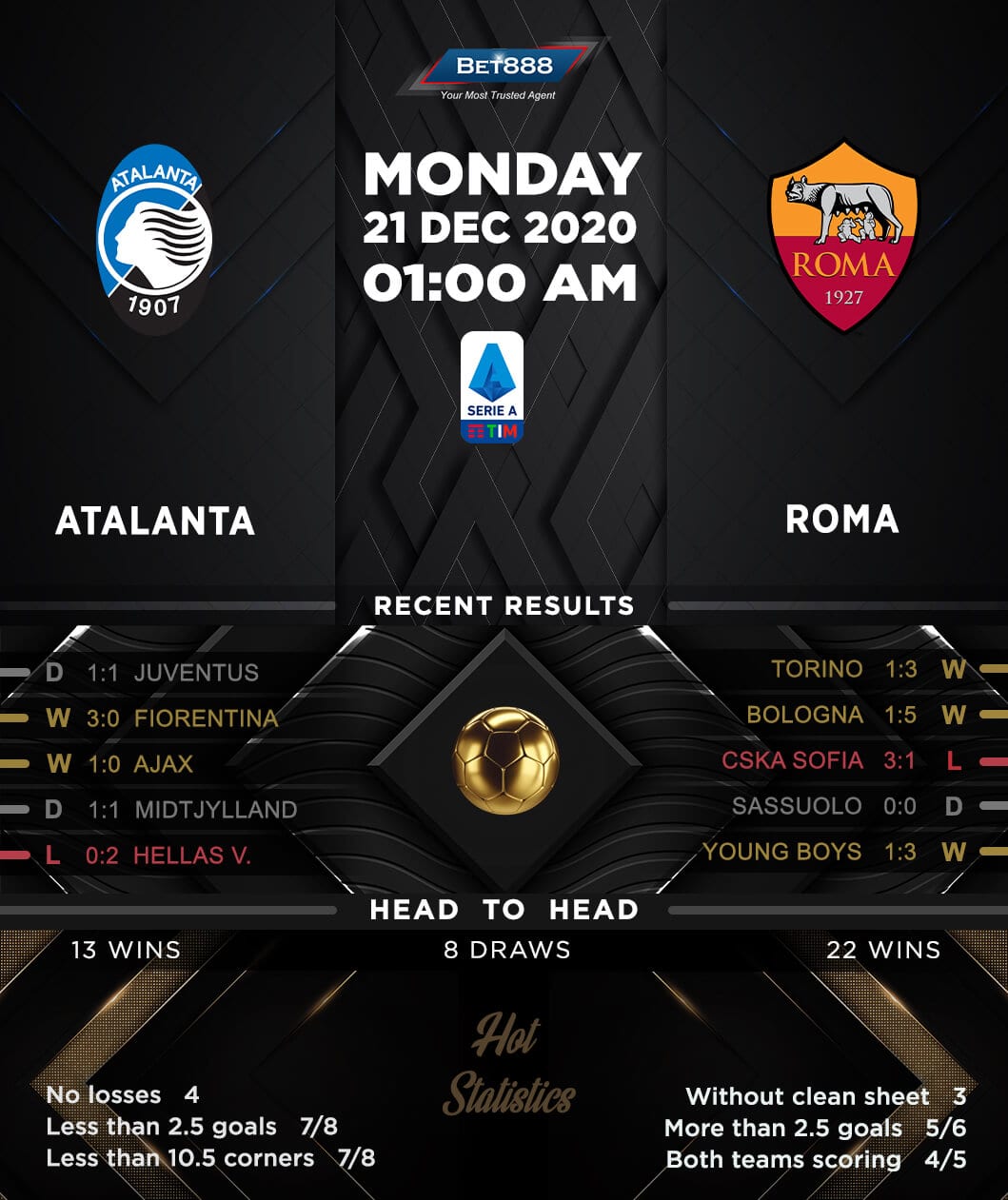