Atalanta will be looking to post their seventh consecutive Serie A victory over Sassuolo when the two sides meet at the Gewiss Stadium.

Atalanta have gone undefeated in four Serie A games in a row (W2, D2) since losing 2-0 to Hellas Verona on Matchday 9, alternating between a win and a draw on each occasion. Significantly, though, ‘La Dea’ have gone from three consecutive home league matches without a win (D1, L2) to back-to-back victories, both of which came by a three-goal margin. Atalanta’s attacking set-up usually sparks into life after half-time, as evidenced by the fact that nine (64.29%) of their 14 home Serie A goals scored have arrived in the second half of play. Gian Piero Gasperini’s men must be confident of adding to their impressive scoring tally as they take on a side they’ve netted 2+ goals against in each of their last three top-flight meetings held at this venue.

In the meantime, Sassuolo have accrued a win, a draw, and a loss from their last three Serie A matches, with each seeing the opener scored within 15 minutes of play and both teams on the scoresheet. Notably, though, only top-placed AC Milan (85.71%) boast a better win-ratio than Sassuolo (71.43%) away from home this season, as ‘I Neroverdi’ enter this round as one of four sides yet to taste defeat on the road this season (W5, D2). Moreover, Sassuolo (11) have scored more second-half Serie A goals away from home than any other team, finding the net beyond the 75-minute mark in four of their seven league trips. However, Roberto De Zerbi’s men have suffered three consecutive losses at Atalanta in Serie A, after having lost just one of their four previous such contests (W1, D2). 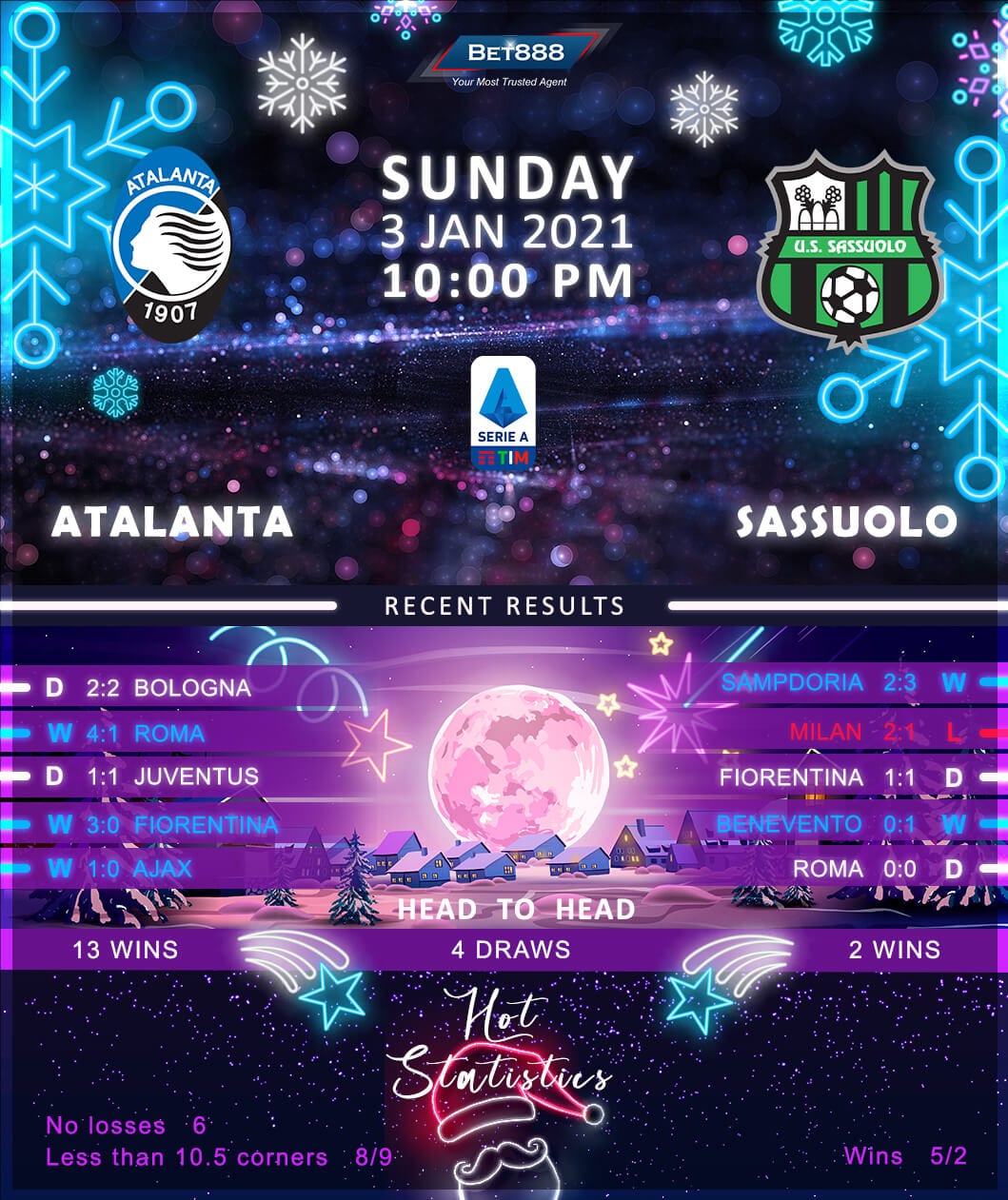