Atalanta entertain mid-table Spezia at the Gewiss Stadium, looking to return to winning ways in Serie A.

A 1-0 away defeat at Internazionale last time out saw Atalanta’s four-match winning streak in Serie A come to a halt, as the hosts head into the proceedings trailing fourth-placed Roma by a point. At home, Gian Piero Gasperini’s men have gone from three consecutive league games without winning (D2, L1) to back-to-back victories, both of which have come by a margin of over 1.5 goals. Notably, free-scoring Atalanta have scored 3+ match goals in 12 Serie A fixtures so far (a joint-record in Europe’s top-five divisions this season), with only top-placed Inter (36) netting more top-flight goals on home turf than ‘La Dea’ (35) this term. Atalanta’s home action usually sparks into life after the interval, as evidenced by the fact that 65.71% of their total league goals scored in Bergamo arrived in the second half of play (23/35).

On the other hand, out-of-sorts Spezia have alternated between a draw and a loss in their last four Serie A outings after a 2-0 walloping of AC Milan at home on Matchday 22. Vincenzo Italiano’s men have suffered three defeats in their last four Serie A trips (W1), as many as they had in the first nine in the competition (W3, D3, L3). When Spezia lose away from home, they tend to do it in upsetting fashion, conceding 3+ goals in five of their six top-flight reverses this season. Particularly vulnerable after the break, the newly-promoted visitors have registered the vast majority (84%) of their total Serie A goals conceded on the road in the second half of play (21/25). Cagey entries have seen none of Spezia’s 13 away league games this season produce a goal within the opening 15 minutes. 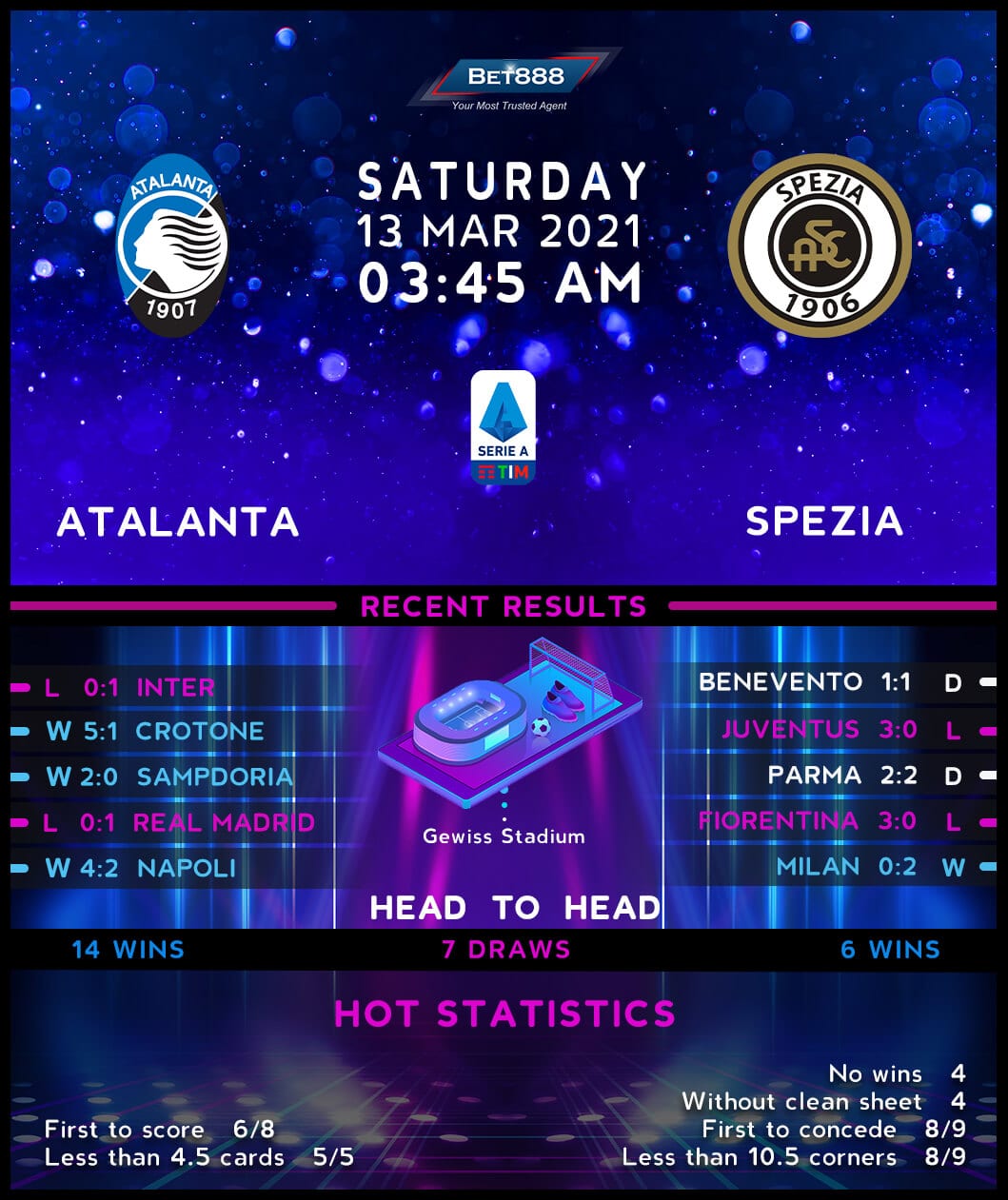