A tasty-looking encounter between Athletic Bilbao and Espanyol at the Estadio San Mames will serve to round off La Liga Matchday 23.

Fresh from a stunning 1-0 win over Real Madrid in the Copa del Rey quarter-finals, Athletic Bilbao will hope to remain on the upwards trajectory in La Liga, where they’re unbeaten in their last three matches (W2, D1). Despite winning just 31.82% of their La Liga games this season (7/22) and drawing more times (10) than any other side in Spain’s top-flight, ‘Los Leones’ are still only four points adrift of a European finish. However, Bilbao’s home league form reads indifferently this season (W4, D2, L4). Moreover, a return of two defeats across their last three La Liga outings at San Mames suggests the Basque country is no longer safe haven for Marcelino’s men. But after losing just one of their previous six top-flight H2Hs as hosts (W4, D1), Bilbao should feel confident here.

The same cannot be said about Espanyol, who, despite enjoying mid-table comforts, have experienced a false start to the new calendar year. The visitors have lost two of their three La Liga fixtures since the turn of 2022 (D1), even though they claimed an early lead in their last two league outings. Delivering action from the get-go, each of Espanyol’s three top-flight matches this calendar year have featured an opening goal within 15 minutes of play, highlighting the potential for plenty of early action. Yet, ‘Los Periquitos’ are enduring their longest run without a clean sheet under current manager Vicente Moreno, having conceded at least once in their last seven La Liga games in a row. Unfortunately for Moreno, his men have proved prone to conceding first on the road this season, allowing their opponents to break the deadlock in eight of their 11 La Liga travels so far. 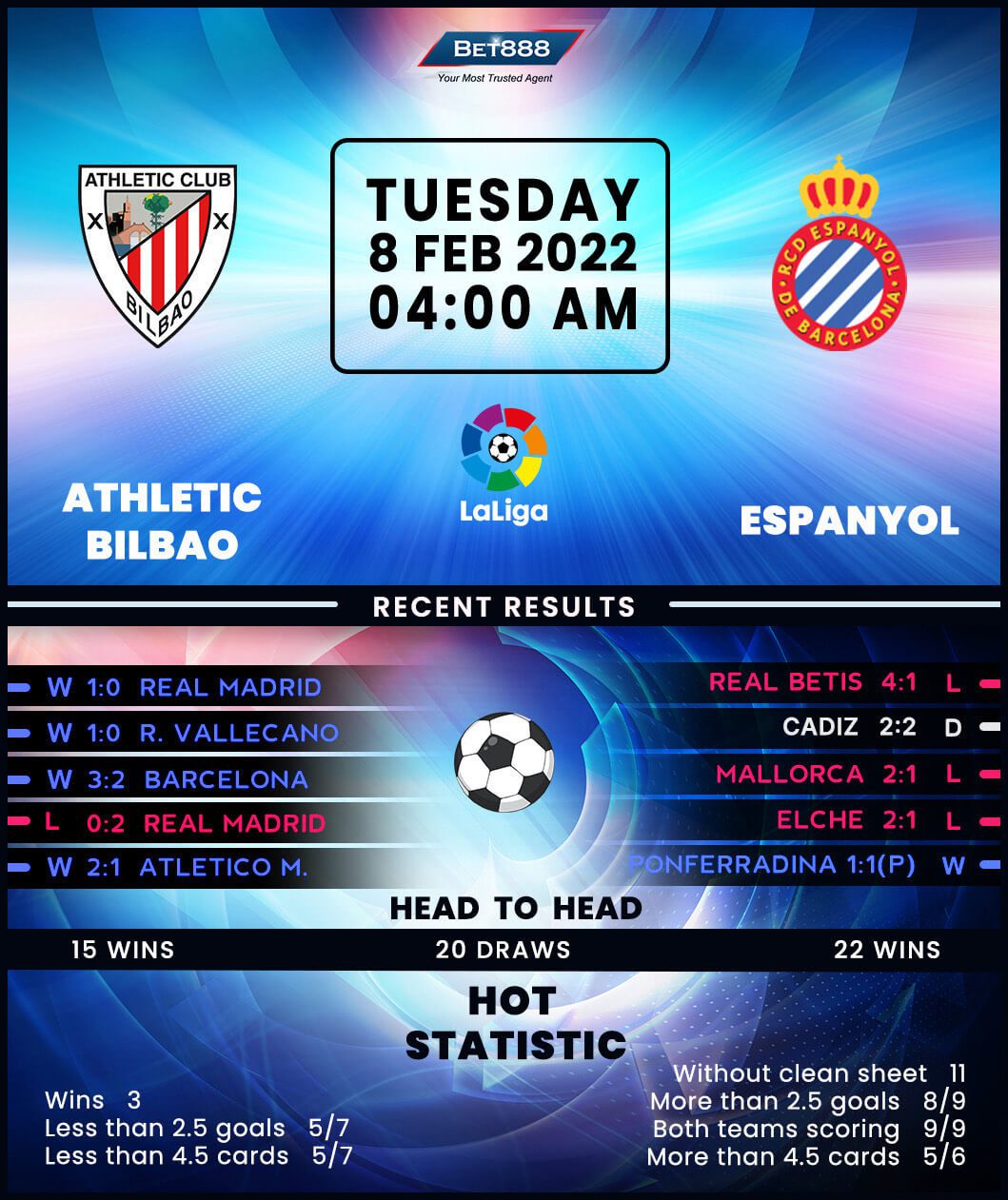