An exciting showdown between top-half Athletic Bilbao and rock-bottom Levante at the Estadio San Mames will serve to round La Liga Matchday 27 off.

Valencia’s 1-0 second-leg win crashed Athletic Bilbao out of their defending Copa del Rey campaign last time out, further crushing their spirits following an embarrassing 4-0 defeat away to Barcelona in the previous La Liga matchday. Back at San Mames for the first time since mid-February, ‘Los Leones’ will be looking to pick up where they left off and potentially win their third consecutive La Liga game at home for the first time since November 2020. There is plenty of reason for optimism in the Basque camp. Marcelino Garcia Toral’s men have won six of their previous seven top-flight home encounters against Levante (L1), including the last three in a row by an aggregate score of 7-3. Slow entries could be a problem for the hosts, who have conceded 28% of their La Liga goals this season inside the opening 15 minutes of play.

On the other hand, Levante have gone unbeaten in their last three La Liga games (W2, D1) following a run of three consecutive league defeats beforehand to put some wind in their sails. Even though the ‘Granotes’ looked like a doomed outfit at the beginning of the year, their hopes of ensuring salvation have grown, as they now sit seven points adrift of 17th-placed Granada with this game in hand. But to reduce the gap at San Mames, Levante will have to defy their recent H2H record against Bilbao, having failed to win any of their last six La Liga meetings with this opposition (D2, L4). What’s more, they have gone winless in six of their previous eight visits to Basque clubs in La Liga (W1, D1), with a 1-0 win at last season’s relegation boys Eibar being the solitary exception to this run. 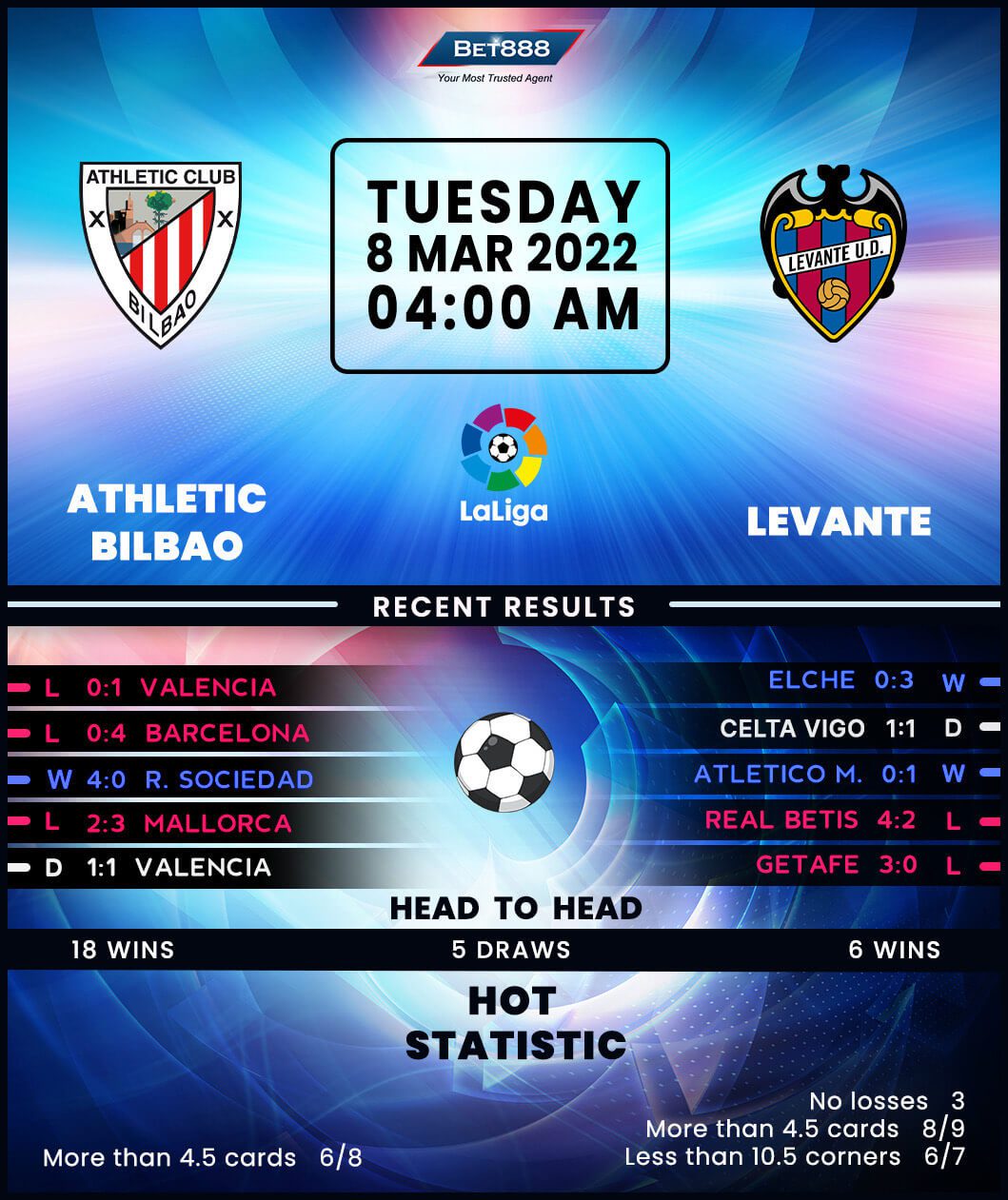