Estadio de La Cartuja is the venue as Athletic Club and Barcelona meet to decide the winner of the 2020/21 Copa del Rey.

Athletic’s Copa del Rey voyage kicked off in the round of 32, with ‘Los Leones’ ousting lower-league outfit UD Ibiza 2-1 thanks to a second-half comeback. Bilbao applied the same recipe to overcome Valencian minnows Alcoyano in the following round before betting Real Betis after a penalty shoot-out in the quarter-finals. Athletic’s semi-final showdown against Levante took them to extra-time to decide their two-legged tie after both legs produced the same 1-1 scoreline in regulation time to set them up against Barcelona in their third Copa del Rey final in ten years. However, the Basque giants have lost all three cup finals against the Catalan powerhouse in the 21st century by an aggregate score of 10-2. Additionally, Marcelino Garcia Toral’s men have failed to win any of their last six competitive matches (D4, L2), a run that includes a 1-0 loss to Real Sociedad in the postponed 2019/20 Copa del Rey final.

Meanwhile, Barcelona’s road to the final has been rather tumultuous. The ‘Blaugrana’ got better of lower-league side Cornella in the round of 32 after a 2-0 extra-time win before pulling off a remarkable second-half comeback to dump Rayo Vallecano in the last-16. Barca scored twice inside the final two minutes of regulation in their quarter-final tie against Granada to secure extra-time and eventually prevail 5-3 to set up a high-tense two-legged semi-final tie against Sevilla. After going down 2-0 in the first leg in Andalusia, Ronald Koeman’s men claimed a 3-0 extra-time win to break into their tenth Copa del Rey final this millennium. Barcelona boast an all-time record for 30 Copa del Rey titles, having lost just 11 of their 41 trophy deciders. However, the Catalans have lost both of their previous cup meetings with Athletic, including a 3-2 extra-time defeat in the Super Cup final back in January. 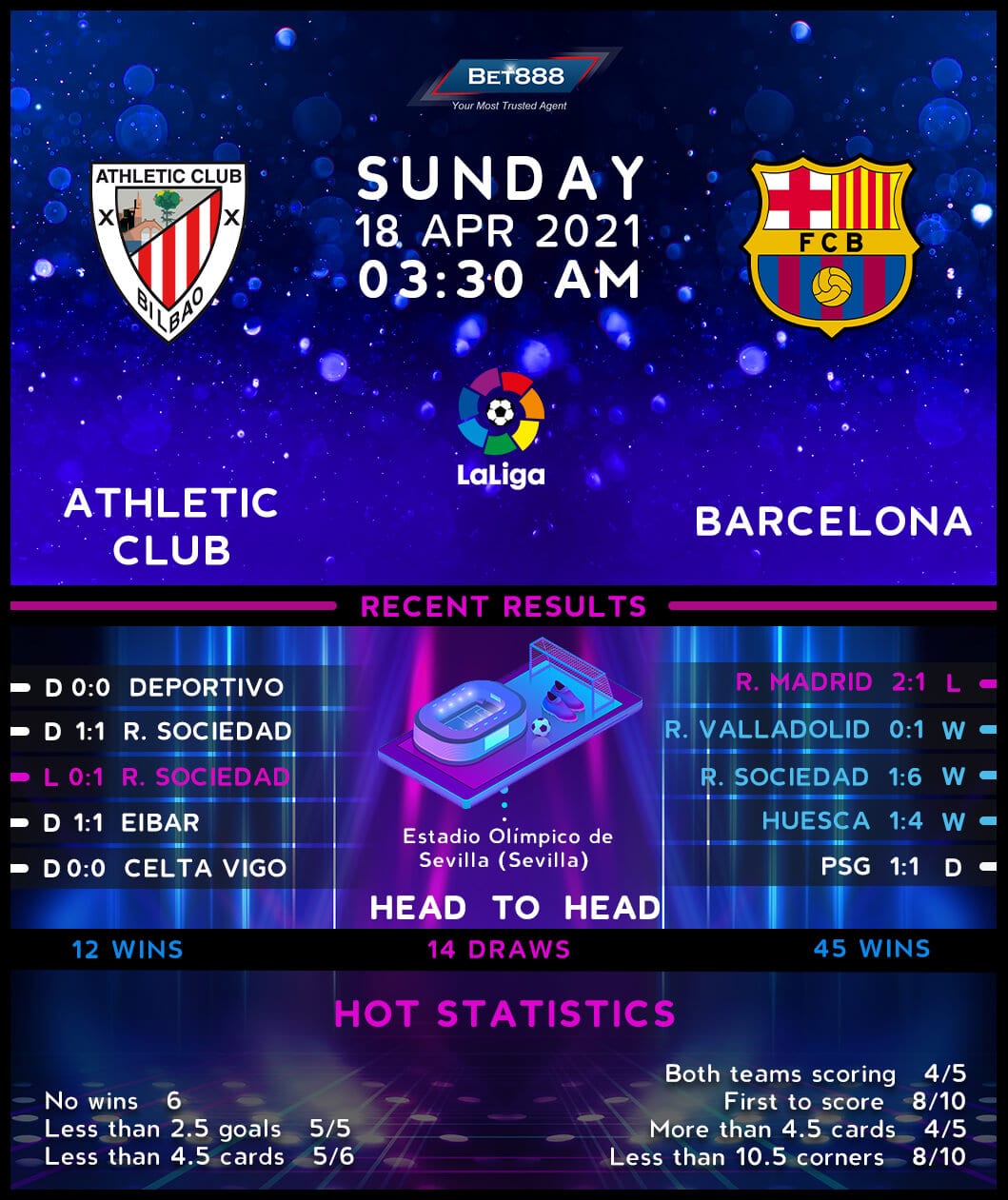