Celta Vigo will be looking to put an end to their eight-game winless away La Liga streak against Athletic Club (D3, L5) when the two sides meet at the Estadio San Mamés.

San Mamés has turned into a fortress ever since Cadiz achieved a narrow 1-0 triumph here on Matchday 4, with Athletic winning all three of their subsequent La Liga home fixtures since then, scoring over 1.5 goals in each success. Interestingly, Giazka Garitano’s men scored precisely two second-half goals in each of those three victories, with those strikes continuously coming inside an 11-minute span. At the other end of the pitch, Athletic’s rock-solid defense has conceded a league second-low two La Liga home goals, both of which came before the 60th minute. But, it could be a daunting prospect for the hosts to keep a clean sheet here, as evidenced by the fact they have conceded at least one goal in their last seven top-flight H2Hs held at this venue.

Meanwhile, a 3-1 home victory over Granada last time out did bring Celta’s eight-game winless La Liga streal to a halt (D3, L5), but it doesn’t change the fact the visitors remain one of just three sides yet to taste victory on the road this term (D4, L2). Also, slow-starting Celta have conceded the opening goal in a league joint-high eight matches so far, going on to lose five of them (W1, D2). It may then come as some surprise that four (80%) of their five La Liga goals scored on the road have come in the first half of play. Notably, before succumbing to a 4-2 defeat to Sevilla in their last La Liga trip, each of Celta’s five away league games beforehand had featured under 2.5 total goals. 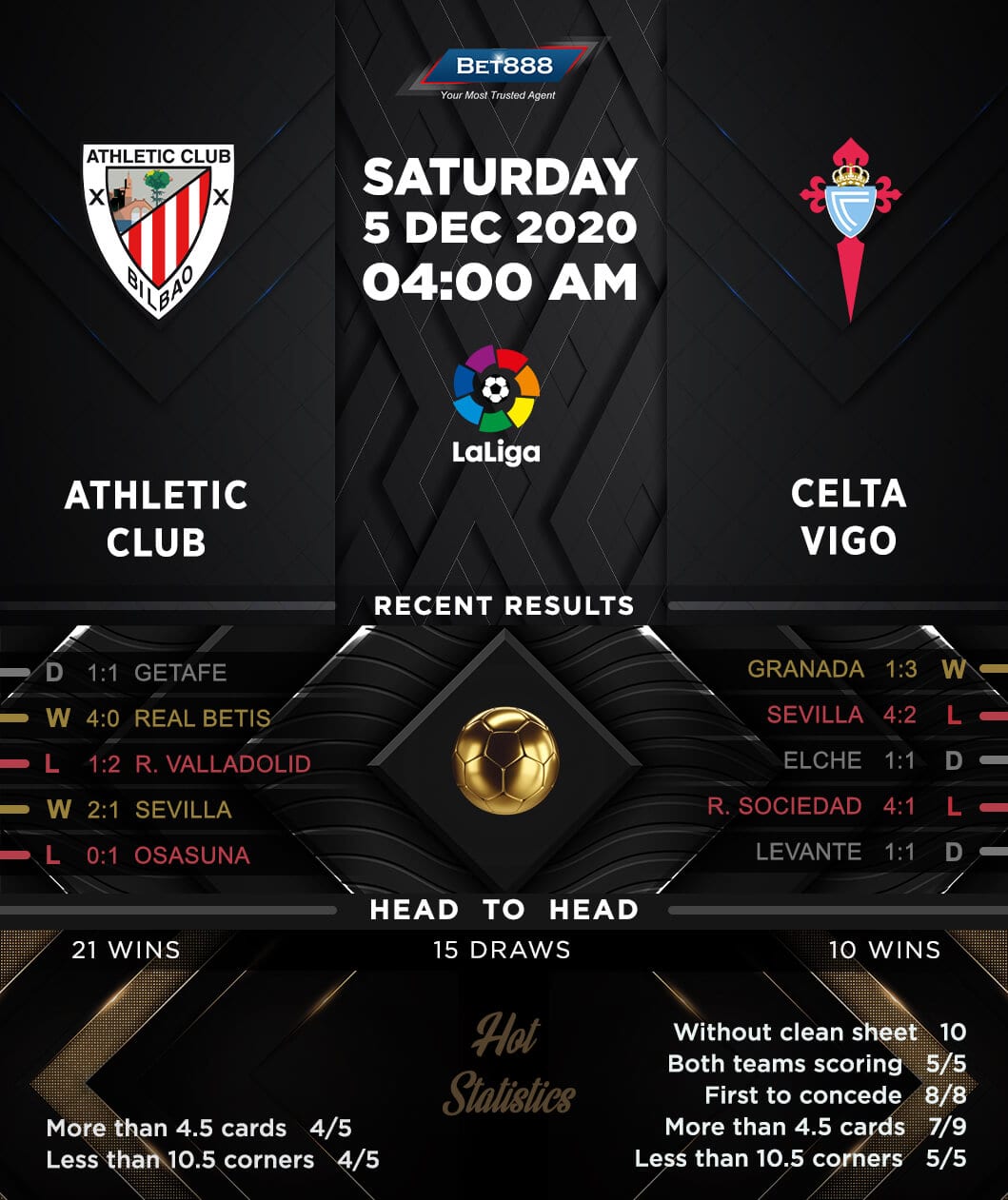