Athletic Club and Osasuna will face each other at San Mames in a mid-table La Liga clash this weekend.

Injury-crippled Athletic Club have racked up an eight-match unbeaten streak in La Liga (W2, D6) since a 2-1 away defeat to Atletico Madrid in early March, their longest undefeated run in the competition since January 2018. Only Valladolid (16) have drawn more La Liga games than ‘Los Leones’ (12) this season, though a 1-0 away win over Sevilla last time out gives them the opportunity to claim back-to-back league victories for the first time under current boss Marcelino Garcia Toral. Easier said than done, though, as they’ve failed to beat Osasuna in each of their previous two top-flight H2Hs as hosts (D1, L1), both of which saw the opener scored within 29 minutes of play in matches garnering under 2.5 FT goals. Moreover, the Basque giants have lost their last two La Liga meetings with this opposition by the same 1-0 scoreline.

Meanwhile, the visitors have experienced a dip in form ahead of this trip, going from three consecutive La Liga victories to back-to-back defeats, both of which featured precisely two goals beyond the hour mark. Osasuna now stare at the prospect of losing three La Liga matches on the trot for the first time this calendar year. To avoid such a scenario, ‘Los Rojillos’ must not concede first, considering they have won a league-low one point from losing positions this La Liga campaign (GP14 – D1, L13). Unfortunately, a half-time lead may not guarantee them success either, knowing they have picked up just one victory in four away league matches that saw them win the first half (D2, L1). Encouragingly, Osasuna head coach Jagoba Arrasate has yet to lose La Liga fixture at San Mames as a manager (W1, D1). 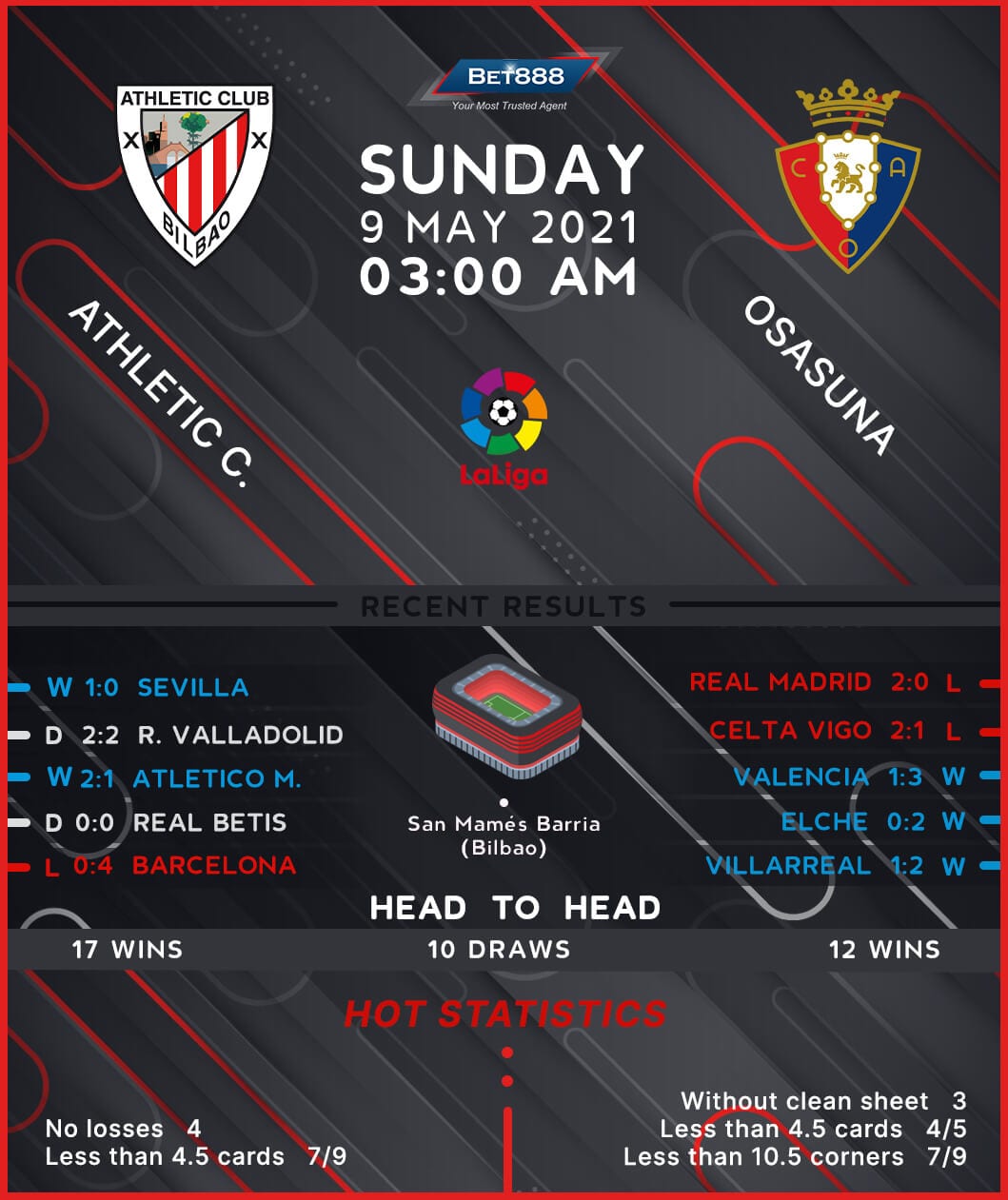