Real Madrid’s title hopes are on the line as they head to the Estadio San Mamés to face mid-table Athletic Club.

Since a 3-2 defeat to Barcelona at the beginning of January, Athletic Club have gone unbeaten in nine consecutive La Liga home matches (W3, D6) despite failing to keep a clean sheet on eight occasions. Coming off the back of a 1-0 loss to Huesca, ‘Los Leones’ could succumb to back-to-back defeats in La Liga for the first time under Marcelino García Toral. Avoiding such a scenario could be rather daunting as the Basque giants have lost three of their last four top-flight meetings with Real Madrid (D1), drawing a blank in all but one of those fixtures. By extension, Athletic Club have claimed just one victory in their last 22 La Liga games against this opposition (D5, L16), courtesy of a 1-0 home win in March 2015.

Meanwhile, the visitors are undefeated in their last 16 La Liga outings (W11, D5) since a 2-1 home loss to Levante in late January, taking the field only two points adrift of top-placed Atletico Madrid. Away from home, ‘Los Merengues’ have won three of their last four La Liga fixtures (D1), with each victory in this sequence seeing them score 3+ goals and prevail by a winning margin of over 1.5 goals. Quick out of the blocks, Zinedine Zidane’s men have netted 2+ first-half goals in three of their four previous away league matches. Furthermore, the reigning Spanish champions have scored the opening goal (if any) in 77.78% of their La Liga trips this season (14/18), doing so more often than any other side in the division. 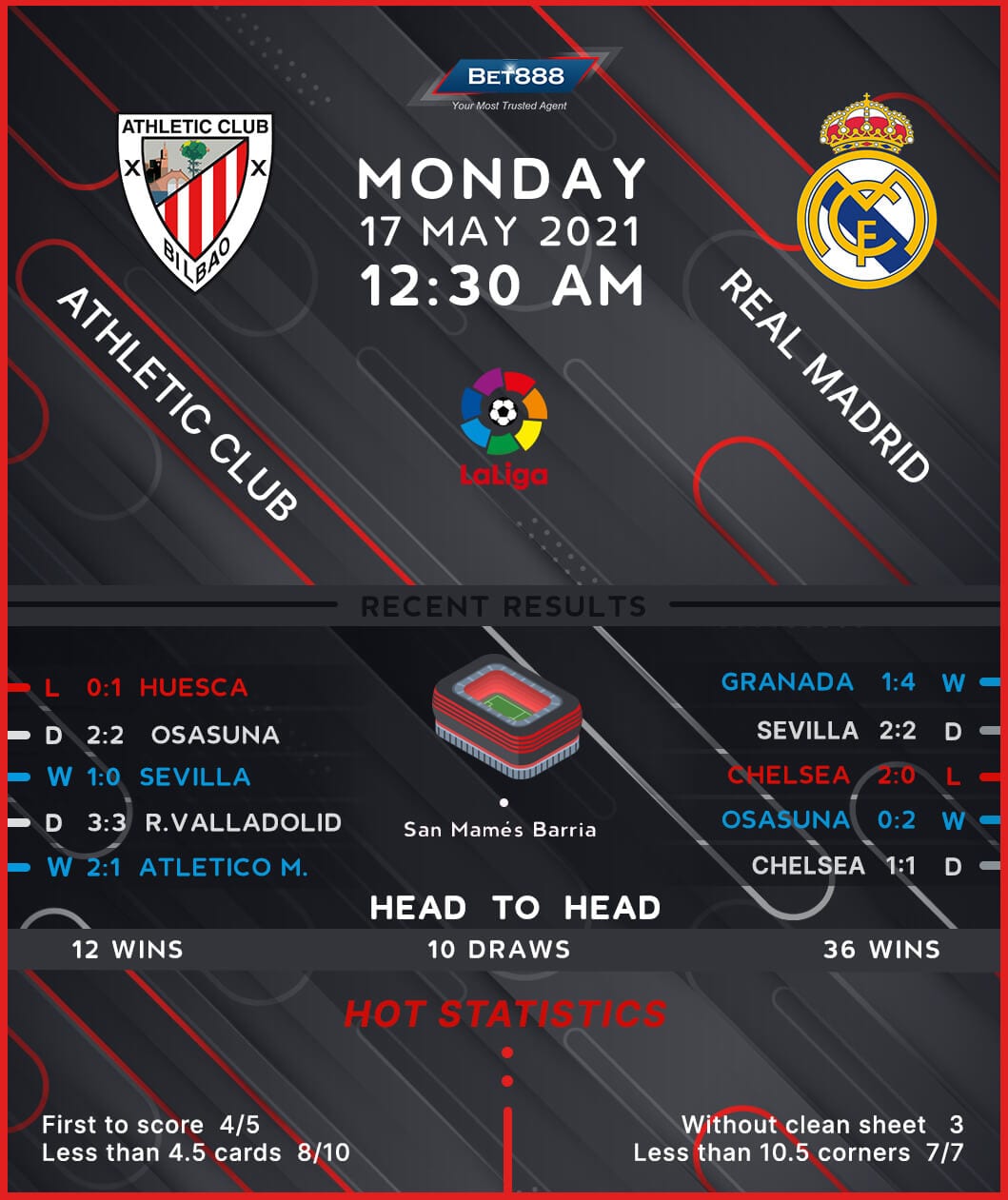