Athletic Club have picked up just one triumph in their last six La Liga outings (D3, L2), scoring under 1.5 goals in each game they failed to win in this sequence. Curiously, each match in this same run of fixtures saw at least one goal scored beyond the 70-minute mark. In this regard, four of Athletic’s six home La Liga games this season have featured a goal inside the final 15 minutes of play. Far more comfortable at the Estadio San Mamés, ‘Los Leones’ have registered 80% (4) of their five top-flight victories at home, three of which saw them keep a clean sheet. Additionally, Gaizka Garitano’s men have not lost any of their last five home La Liga meetings with Basque opponents (W3, D2), shutting out their opposition on the day in four of them.

Meanwhile, Real Sociedad have suffered a dip in form lately, going from six La Liga victories in a row to six consecutive league matches without a win (D3, L3). Indeed, ‘La Real’ have lost each of their last three league games despite scoring the first goal on two of those occasions. Away from home, the visitors have lost back-to-back La Liga fixtures after avoiding defeat in their opening six domestic trips (W4, D2). However, they have only lost two of their eight previous top-flight trips to Athletic Club (W3, D3) despite scoring under 1.5 goals in five. Though Imanol Alguacil’s men boast a league fifth-high 25 goals scored, it’s worth noting that a quarter (6) of them have come from the penalty spot. 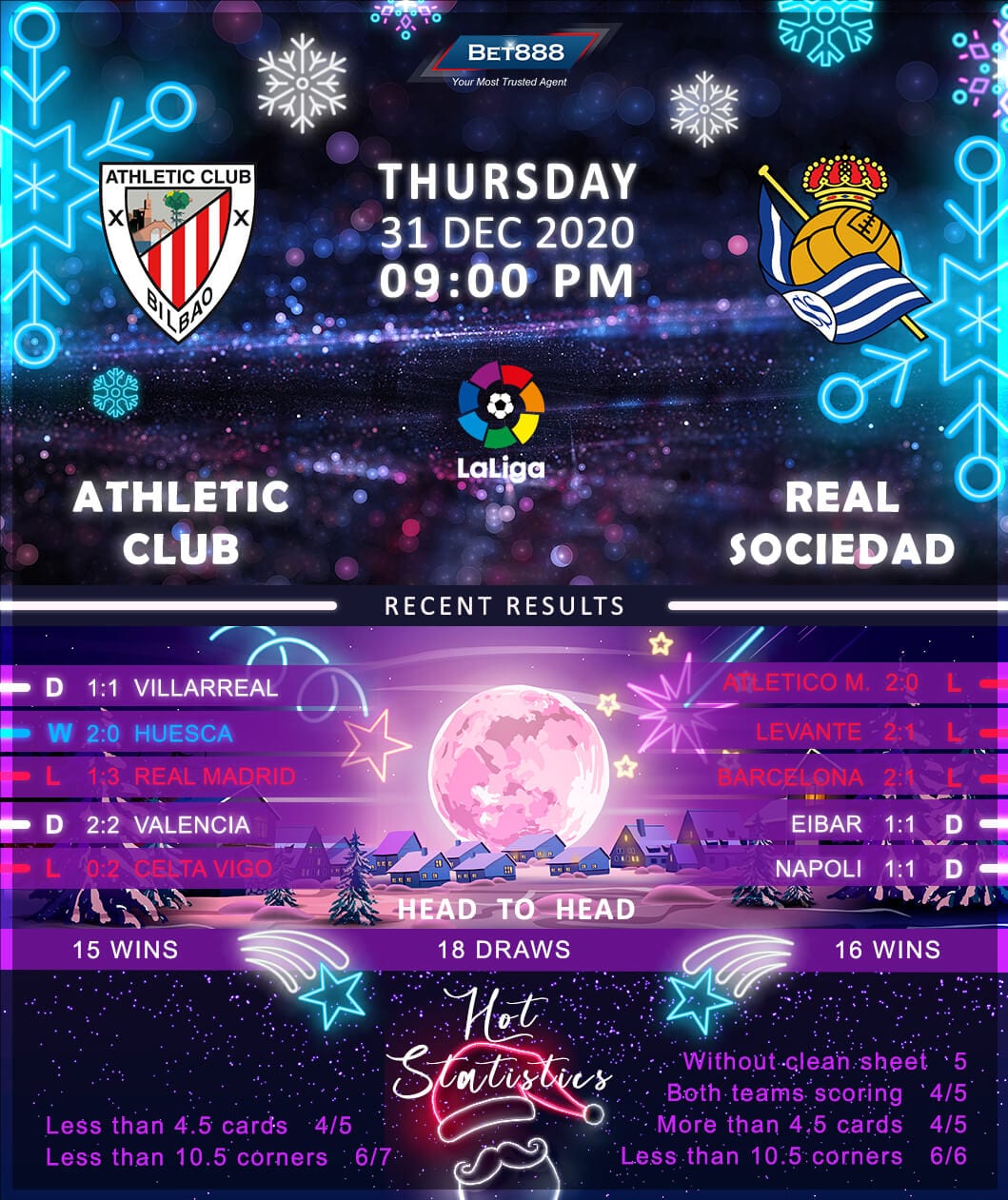