Athletic Bilbao will be looking to exact revenge on Real Valladolid for a 2-1 defeat in the reverse fixture earlier in the season when the two sides meet at the Estadio San Mamés this midweek.

Inspired by a 2-1 home victory over Atletico Madrid over the weekend, Athletic Club are hoping to break their Wednesday hoodoo that has seen them fail to win any of their last four La Liga fixtures held on this day (D2, L2). Before squeezing past Diego Simeone’s side, ‘Los Leones’ had drawn five successive league matches, all of which featured under 2.5 total goals. Seeking their first back-to-back La Liga wins this season, the hosts could ensure consecutive successes in the competition for the first time since July 2020. An encounter with relegation-threatened Valladolid sounds like a prime opportunity, especially considering Marcelino Garcia Toral’s men are undefeated in their last seven top-flight H2Hs as hosts (W5, D2), albeit both of their previous such clashes have yielded the identical 1-1 scoreline.

Meanwhile, the visitors have gone winless in six La Liga games on the trot (D4, L2) since outscoring Getafe 2-1 at home on Matchday 26, as they go into this showdown trailing 17th-placed Elche by a point. Four of Valladolid’s last five league outings have featured goals in both halves, with three of them producing the same 1-1 FT score. Entertainment has been relatively sparse in their recent away La Liga fixtures as each of the last five has featured under 2.5 total goals (D4, L1). Worryingly, ‘Los Pucelanos’ have failed to pick up a single victory across their last seven top-flight meetings with the Basque opposition away from home (D3, L4), last winning such contest back in March 2019. Sergio Gonzalez’s main issue heading into this game is his side’s lack of ruthlessness in front of goal that has seen Valladolid net a miserly average of 0.75 goals per La Liga trip this term. 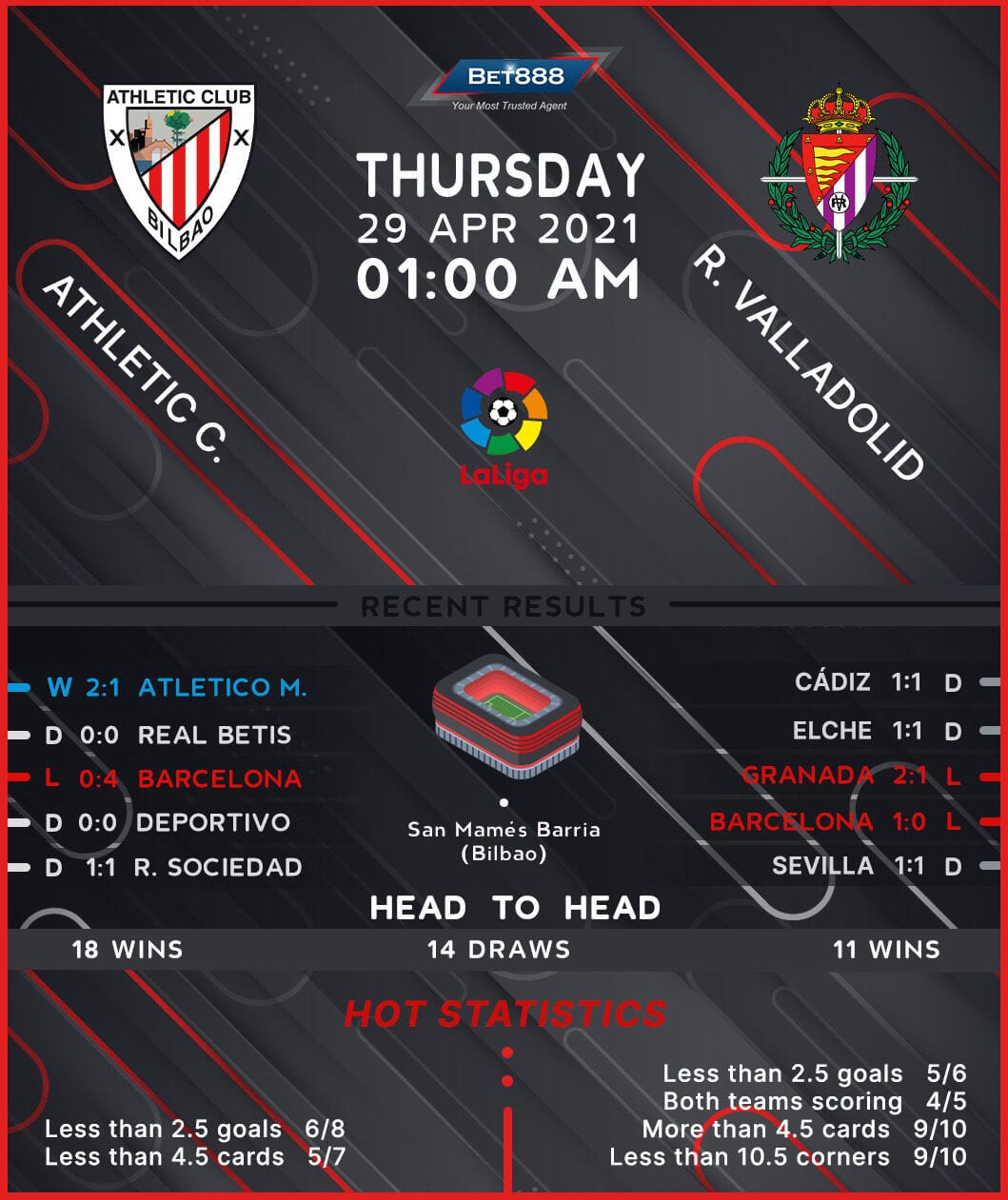